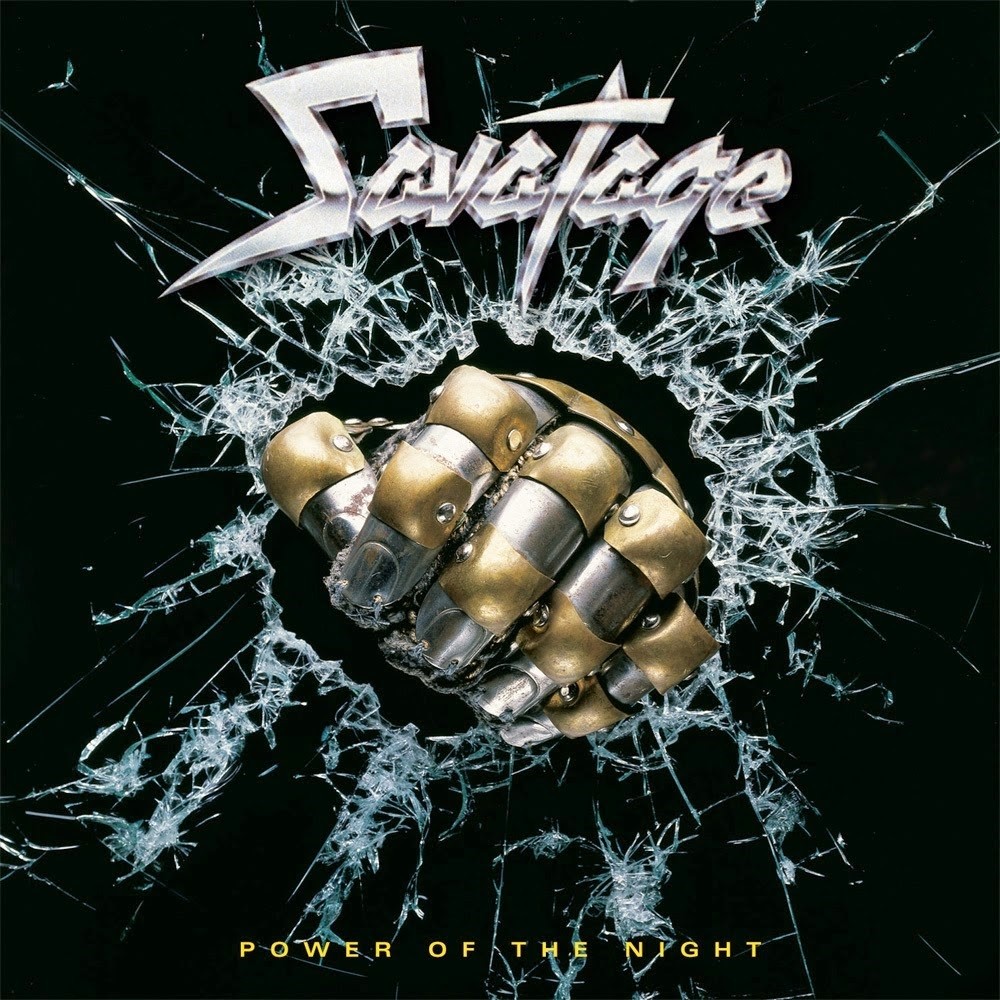 Savatage's second album, and third overall release, is an improvement upon its predecessors, with every aspect of 'Power of the Night' being a step up from what the band had done before. The songwriting was more confident, the musicianship was more mature, and the production was a lot more polished, giving the album that perfect 80's metal sound (and there's nothing wrong with 80's metal dammit!).

The most obvious highlight here is the title track, which not only stands on its own merits as one of the bands better songs before they went all "classical metal", but honestly, it's one of their finer songs period. And while other tracks such as 'Warriors', 'Hard for Love' and 'Unusual' may be standard 80's metal pomp and circumstance, they're still pretty kickass anthems that indicate the talent and potential within this band.

Guitarist Criss Oliva truly shines here, showing a mastery that should have put him on par with heroes such as Randy Rhoads and Eddie Van Halen, but whom sadly that legendary status had always eluded him. His flair for dramatic guitar playing is truly amazing to listen to, and fans of 80's metal (that's that term again), including subgenres such as power and thrash metal, will enjoy this shred masterclass.

If you're a Savatage fan (cheesily referred to as "Savafans", I believe), then 'Power of the Night' belongs in your collection. It's not the bands best work by far, but it's an early indication of the quality of music they were capable of writing, and would certainly establish them as a band worth keeping an eye on.

"Raise the first of the metal child".

Florida hadn’t exactly been a haven for the classic metal sound up until 1985 but Tampa-based four-piece Savatage had managed to build themselves a solid underground following through a couple of releases that had made a noticeable impact on the local scene. I can't say that I would have bought into the hype around the band’s first two releases though as neither Savatage’s 1983 debut album “Sirens” nor the 1984 follow-up E.P. “The Dungeons Are Calling” left me with warm & fuzzies. I mean I did think that the E.P. was an improvement over the album but both were recorded during the same session so it’s not really very surprising to find them to sound quite similar.

But the underground success of “The Dungeons Are Calling” had seen Savatage receiving a little bit of attention from interested industry parties & this saw them signing a brand new recording contract with Atlantic Records for the band’s second full-length “Power Of The Night” which was released in May 1985. Of course this meant that Savatage received an increased budget for the recording sessions too & the extra coin enabled them to employ a familiar name to produce the record in Max Norman. Max was known for his contribution to Armored Saint’s “Delirious Nomad” record & also his work on all of Ozzy Osbourne’s solo releases to date so he was well respected in metal circles by this stage. But if internet reviews are anything to go by, then you can be forgiven for becoming confused by the mixed response to the result Max was able to draw out of Savatage for “Power Of The Night” with some people claiming that he’d sucked the life out of the band with a thin mix & others applauding the cleaner & glossier production job. I didn’t have much time for the dry sound of the first couple of Savatage releases to be honest but are very pleased to advise that the crisp clarity & overall professionalism of “Power Of The Night” suits me much better. I mean there’s very little doubt that it gives the album a more accessible & commercially marketable feel but that’s not necessarily such a bad thing. It certainly means that the atmosphere is substantially less dark than “The Dungeons Are Calling” though; even if the band aren’t attempting anything radically different from a stylistic point of view.

Musically, most of this material isn’t all that far removed from the band’s previous output but there are some keys differences that see some fans struggling with it to an extent. The first is that Max seems to have had an impact on the arrangements which are a little more open & accessible. Everything’s done a little more tastefully if you know what I mean. Particularly the keyboards which are used in a more subtle manner that’s devoid of cheese. Plus there has clearly been a conscious effort made to include a few more commercially focused songs with two in particular being anything BUT metal.

Secondly, the lyrics are nothing short of dreadful a lot of the time with a strong emphasis being placed on sex. In fact, the album was originally released with a parental advisory sticker to warn the public of the potentially shocking glam metal style sexual innuendo that was contained within but it’s since come out that this was as much a marketing ploy as anything else as those stickers tended to be a selling point more than a detractor at the time. The fantasy approach of the past has been cast aside in favour of real life issues when the band could keep it in their pants for long enough too.

The third difference from past material is the greatly improved vocal performance of front man Jon Oliva who shows off a lot more skill & control here. He was one of my major stumbling blocks with the earlier Savatage releases but I think it’s fair to say that this is no longer the case & he’s more of a drawcard here. I’d be interested to know just how much of a role Max Norman played in that actually because there’s been a remarkable step up in professionalism. Chris Oliva’s guitar solos were the highlight of early Savatage releases & are once again quite stunning here. He’s a very talented musician in his own right & I’m a big fan. I think Max Norman has done a good job of harnessing his prowess here too as he’s managed to get just the right balance of melody & virtuosity. Unfortunately for bassist Keith Collins, this would be his last Savatage release as the Oliva’s weren’t happy with his contribution. So much so that re-releases of “Power Of The Night” saw Chris re-recording some of Keith's dodgier moments.

From a song-writing perspective, I’m very pleased to be able to say that I find “Power Of The Night” to be an improvement on either of the band’s previous works. In fact, I have to admit that I quite like six of the ten songs included. But unfortunately the other four include let me down so badly that I can’t find it in me to recover. Especially closing ballad “In The Dream” which is as bad an example of soppy glam metal cheese as you’re likely to find. So overall I find “Power Of The Night” to be the strongest of the first three Savatage releases but it’s still not my bag & I can’t see how things are going to improve much for me with future releases either.