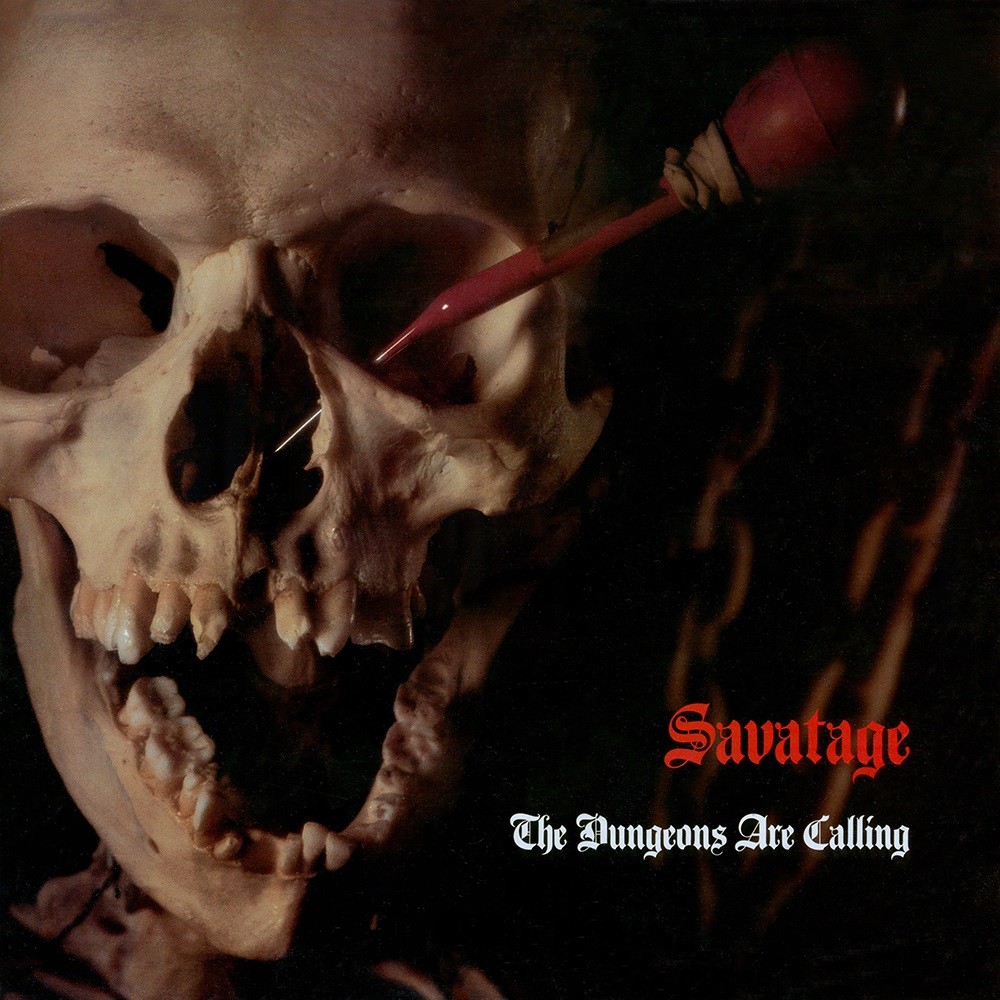 Savatage’s 1983 debut studio album “Sirens” did very little for me & given that 1984’s “The Dungeons Are Calling” E.P. was recorded on the exact same day as “Sirens” it was always going to be likely that my feelings would be very similar for it too. And in the end that’s proven to be correct to an extent. I mean I could probably cut & paste my review of “Sirens” here & be done with it all pretty quickly which would be fine by me but no…. you Metal Academics deserve a more detailed explanation so an explanation you shall have. And in fairness, there are some small differences between the two releases even though both include material that the band had been playing live for several years by this stage.

For starters, the lyrical content takes a different direction to the one we saw on “Sirens” with most of this material being focused towards one particular theme in drug addiction. Many fans might not have realized it at the time but front man Jon Oliva was in fact struggling with drug & alcohol dependencies himself which makes the message all the more potent. Sadly, this doesn’t make Jon’s performance any more appealing though as I still find him to sound pretty boring & a touch abrasive at times. He’s just lacking any sort of x factor in my opiion. There’s no finesse or class about his delivery & I can’t understand the general worship that he seems to receive from Savatage fans. The other noteworthy differences from “Sirens” can be seen in the occasional use of keyboards to add atmosphere & the slightly heavier & more epic feel to some of the song-writing. This is probably helped by the more consistent lyrical themes which almost make “The Dungeons Are Calling” a concept release.

The production is unsurprisingly very similar to “Sirens” with this very dry mix failing to connect with me on any level even though the record was recorded at Florida’s legendary Morrisound Studios with Jim Morris handling the engineering. For those that aren’t aware, Morrisound would later go on to become known as the home of Florida death metal. The guitar sound here lacks any sort of warmth & the drums seem almost TOO separated from the rest of the band. Probably because the bass guitar sound isn’t big enough to fill the gap. The snare sound is particularly artificial sounding & the overall result lacks personality in my opinion. A more organic sound would certainly have helped to bring the musicians in closer together as a cohesive unit which would have given “The Dungeons Are Calling” a better chance of connecting with me. There are some solid & crunchy riffs here & there but just as many of them fall a bit flat & this isn’t helped by the lifeless production. The rhythm section doesn’t do anything too special but Chris Oliva is clearly a very talented lead guitar shredder with his Eddie Van Halen influenced guitar solos once again being the clear highlight of the record.

Look I’m probably sounding a bit negative here & it’s worth noting that I’ve never been a Savatage fan…. even during their late 80’s/early 90’s heyday so you can probably take my opinion with a grain of salt but I do think this E.P. is a step up from the debut which counts for something. It still doesn’t give me any excitement though as (outside of the generally enjoyable “By The Grace Of The Witch”) the song-writing fails to connect with me much. And closing number “The Whip” is a terrible way to finish the release with its dumb S&M themed lyrics & equally dumb speed metal approach doing their level best to leave me with a bad taste in my mouth. That’s Savatage at their worst right there & while this may be the band’s heaviest release ever it certainly doesn’t make it an interesting listen for me personally. Given my long-standing distaste for the band & the general fanfare for this release though I’d encourage fans of US heavy metal & power metal to give this a spin & come to their own conclusions. Just don’t say I didn’t warn you if you come away the same response to it that I did.