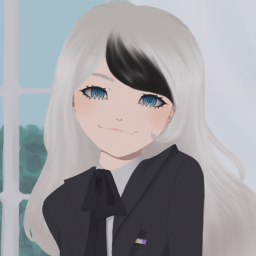 This nomination has been posted in the Hall of Judgement. I agree with Andi's approach of adding Alternative Metal first before making a play to remove it from The Infinite/Progressive Metal so I've opted to go with that.

Melodic Metalcore is it's own genre... but not deathcore? (and another question
Shadowdoom9 (Andi) 1 year ago

Here are my thoughts:

That Equilibrium track... UGH, it's that album where they switched from their epic melodeath/symphonic/folk metal roots to this sh*t! This one seems closer to those roots though. I say it's symphonic power metal with the death growls happening as frequently as some of Epica's greatest hits, so it has some Guardians potential.

Passcode sounds closer to trancecore in the same vein as Fear and Loathing in Las Vegas, though with a Babymetal-inspired Japanese girl lineup. This can definitely stay in The Revolution, but under the trancecore banner.

DOLL$BOXX, yet another Japanese female band with the trance metal label. In my opinion, this sounds like the synth-powered alt-power metal sound that Machine Supremacy has, though not as 8-bitty, and with more emphasis on the "alt-" and a bit of screaming. The Gateway it is for this track, then.

So, if we include the tracks from the previous round, including the bonus Amaranthe track I suggested, my voting points are: The Guardians - 4, The Revolution - 2, The Gateway - 1. It is most likely for trance metal to be suited nicely in The Guardians as a power metal genre, despite slight potential in The Revolution. Let's see what the rest thinks first.

Hey Everyone <3
Shadowdoom9 (Andi) 1 year ago

Oh yeah, the playlists and monthly features! Thanks for reminding me, Xephyr!

Scarecrow, you might just find a lot of metal suitable for your interest via the monthly features and Spotify clan playlists. If you ever feel like submitting feature releases for your clans, please ask Daniel so he can add you to the roster. As for the playlists, I run The Revolution playlist, so feel free to check out the submissions thread and request a good song for me to the playlist. One track per non-members, maximum 30 minutes total for Revolution members. However, please submit your suggestion by the 15th or 16th of each month if you wish to get your submission into next month's playlist on time. I'm standing by that old rule because I often get so excited about how a playlist turns out that I'd sent to Daniel when I'm ready around that time of month. If you'd like to assemble the playlist for one of your clans, please ask Daniel so he can give you that privilege. The Fallen and Guardians playlists are already reserved. Saxy S is in charge of both The Gateway and The Infinite playlists, and while assembling two clan playlists is a rare treat, it could be quite some tiring work. So if you're up to taking over The Infinite playlist, please check with both Saxy and Daniel. And finally, make sure to send your monthly feature submissions and playlists to Daniel via private message to add a bit of anticipation. Enjoy!

Also lately we've been discussing some ups and downs about our lives, so feel free to join in the conversation as well (unless you prefer to keep your outside life private). Our discussion is right here: https://metal.academy/forum/23/thread/1047

What if non-metal genres could be included in the current clans?
Shadowdoom9 (Andi) 1 year ago

Kind of hard to place Darksynth now that I think about it, Sphere or Revolution?

Both as a dual clan entry.