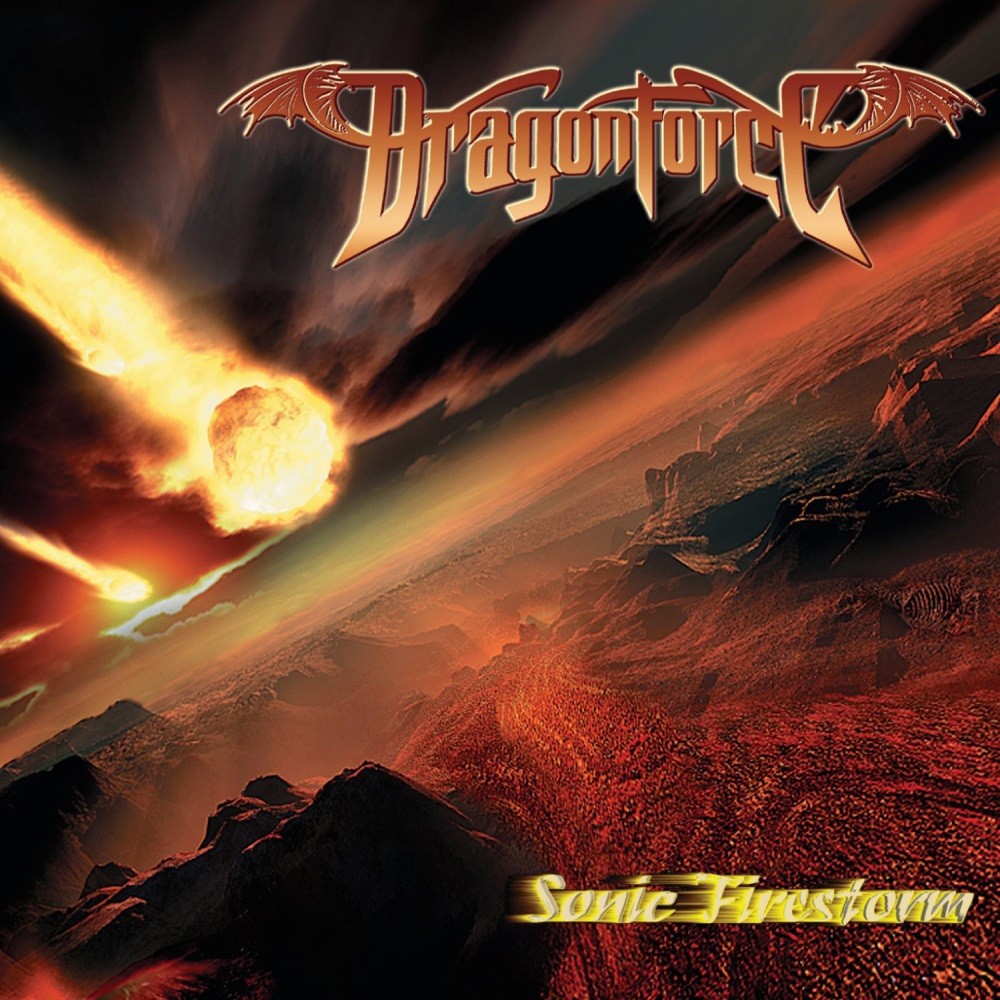 After their successful debut, Valley of the Damned, DragonForce hired bassist Adrian Lambert and drummer Dave Mackintosh, who both helped the band take on darker aggression. But somehow I feel like there's one thing that doesn't pay off for this album. Hmm...

Sonic Firestorm is probably the least well-known album in the ZP Theart era. The monstrous Valley of the Damned has pleased underground metalheads, while the hugely popular Inhuman Rampage has encouraged guitar players worldwide to level up. So where does this leave Sonic Firestorm? Stuck in the middle! However, despite not having the melodic power of the debut and the catchy infection of the third, Sonic Firestorm is still solid and needs higher attention.

"My Spirit Will Go On" is a live fan favorite, though not as much as the song following this one. This opening song is pretty straight with a catchy chorus and a progressive midsection. The vocals are the star there while, of course, have their spotlight. "Fury of the Storm" is another favorite that my brother (who opened the gateway to my metal world thanks to a certain song from next album, thanks bro) and I enjoy along with other DragonForce fans. It has a good chorus and the usual shining guitar playing. "Fields of Despair" sounds great with lots of unique soloing.

"Dawn Over a New World" is an uplifting power ballad, though not as great as the first 3 songs of the album. "Above the Winter Moonlight" is another song with my favorite chorus of the album. The progressive midsection slows things down a bit for a while, then carries on with the usual soloing and the final chorus before a uplifting ending. "Soldiers of the Wasteland" is a true epic! This song was DragonForce's longest song for over a decade at nearly 10 minutes, as opposed to their 7-minute song length. The song has everything DragonForce can do; swift vocals, epic lyrics, some of the longest and most impressive soloing ever done by the band, and a slower midsection that builds up for the soloing and ending to be more epic once you get there. That slower section ends with those grand awesome vocals to prepare you for the epic soloing.

"Prepare for War" sounds similar to some of the other songs here, even the guitar solos. Not really great, but still decently enjoyable. "Once in a Lifetime" is uplifting, while having the usual speed and not being a ballad, but it comes out as mediocre. Perhaps those last two songs of the album are the weak part that brought this album down to 4.5 stars. Fortunately, the bonus track "Cry of the Brave" is a better, more stunning anthem. I highly encourage you to get the version of the album that has that song!

All in all, Sonic Firestorm has a couple slight weaknesses, compared to the perfect surrounding albums, but it does deserve listening for fans of DragonForce and the rest of European power metal! However, the album after this one is, for me, what started everything....

Favorites: "My Spirit Will Go On", "Fury of the Storm", "Fields of Despair", "Above the Winter Moonlight", "Soldiers of the Wasteland", and bonus track "Cry of the Brave"