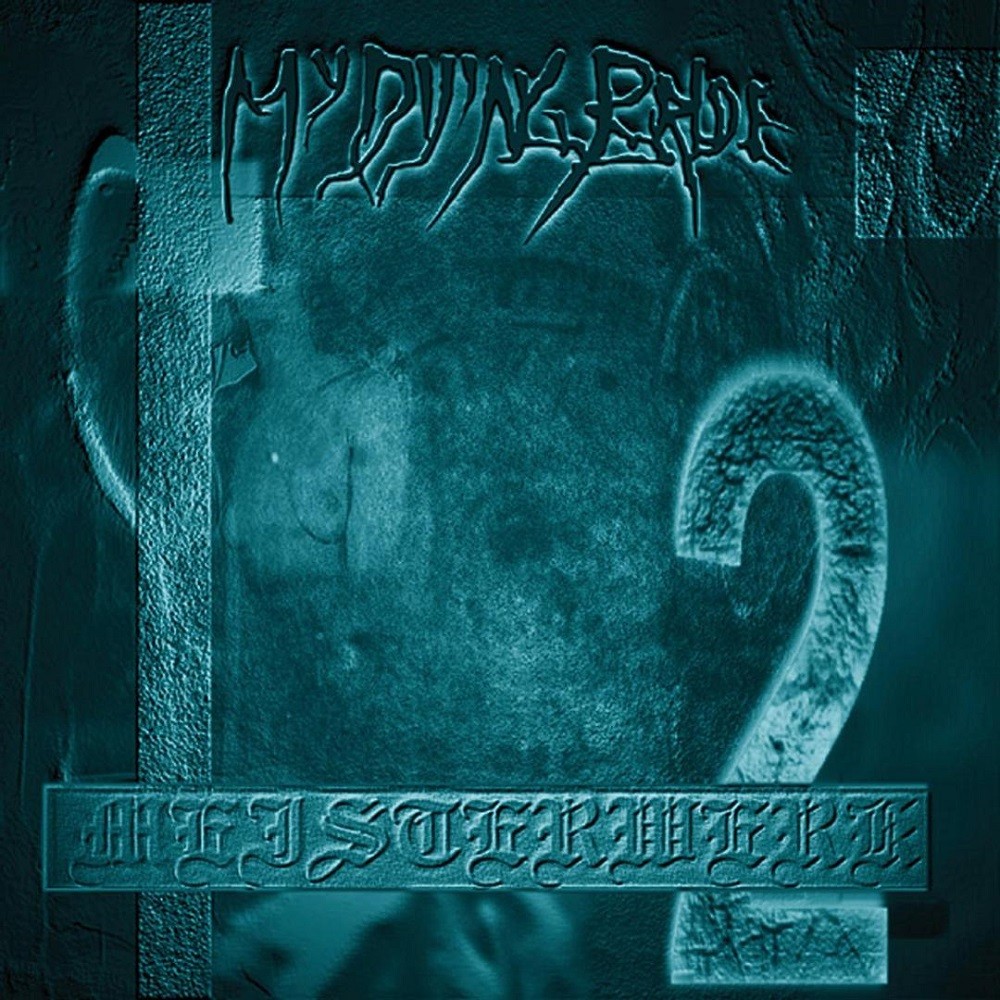 Volume two still contains nothing essential, but a couple of tracks make it more worth checking out for fans.

Meisterwerk is the German word for Masterwork, which is defined as “a piece done to prove possession of skill sufficient to be ranked a master”. This may seem a fairly arrogant title for any band to choose for its own work, but when you’ve had as many great albums as My Dying Bride has, it somehow seems reasonable enough. Peaceville certainly picked their time to release the Meisterwerk compilations. The band had just released The Light at the End of the Earth the previous year and in doing so regained the faith of their fans after the courageous yet divisive 34.788%...Complete release in 1998. With My Dying Bride well and truly back in the good books and gaining a few new fans along the way, the label no doubt saw an opportunity to release not one, but two compilations within the space of a few months. Meisterwerk 1 was released on November the 7th 2000 while Meisterwerk 2 would follow it on June the 13th 2001. The band apparently had some input into the tracks selected with each compilation being a combination of classics, demos, rare tracks and a music video.

Meisterwerk 2 is a little bit more interesting than the first volume. The main reason for this is that the rare tracks hold more value to long term fans. It’s still an inconsistent listen that swings wildly from top draw My Dying Bride to primitive and humdrum material, but at least there are a couple of tracks that make it worth checking out. All up it contains the other half of the Towards the Sinister demo, a rare track from the 34.788%...Complete session, two cover tracks recorded for the Peaceville Records X compilation, and four more classic My Dying Bride tracks. I really do have to question the effort that was put into the track listings of both compilations. I can understand the decision to put no tracks from As the Flower Withers on either compilation when two of the demo tracks and the rehearsal track were re-recorded for that release, but only including one track from The Angel and the Dark River and none from the 34.788%...Complete album when there are three from both Turn Loose the Swans and Like Gods of the Sun just seems strange. They could easily have split the X compilation tracks between the volumes too but that’s another matter.

The demo tracks on volume two are of a similar interest to the ones on volume one. Once again there’s one track that was re-recorded at a later date (Vast Choirs) and one that was not (Catching Feathers) and the production is obviously just as ordinary. The Vast Choirs track is by far the better of the two and this version sounds distinctly different to the one that later appeared on As the Flower Withers, mostly due to the keyboards being more prominent in the mix. Catching Feathers is one of the more brutal death metal tracks that My Dying Bride ever recorded and the main riff brings to mind one found on a Morbid Angel track. It’s a raw and nasty slab, but not particularly a very good one when it comes down to it. More positively, Follower is probably the most interesting track on both compilations. Originally a bonus track on the Japanese version of 34.788%...Complete, this strangely poppy piece of work is quite entertaining, and wouldn’t have gone astray on the official release. It’s certainly more enjoyable than some of the drearier parts of that controversial album such as The Stance of Evander Sinque.

The other two rare tracks are the ones My Dying Bride recorded for the Peaceville X compilation. This collection marked the label’s tenth anniversary and included fourteen cover songs of non metal artists recorded by bands on Peaceville’s roster. My Dying Bride performed Nancy Sinatra and Lee Hazlewood’s Some Velvet Morning and, unsurprisingly given Aaron’s love of the band, Portishead’s Roads. Both covers are performed and produced perfectly adequately but there’s no doubt that Roads functions better in the melancholic framework of My Dying Bride. Aaron’s vocals may never be able to match the tender tones of Beth Gibbons, but he does admirably well considering the emotion required. As for the four classic tracks, these are some of the bands most loved pieces, with Sear Me MCMXCIII, Two Winters Only and Your River being three varied examples of the best My Dying Bride has to offer. These tracks, along with Roads and Follower make Meisterwerk 2 relatively entertaining and worthwhile for fans of the band, but I still feel with a little bit more thought, or even if they’d left the classic tracks off and released one single disc of rarities, the Meisterwerk experience could have been more appealing.