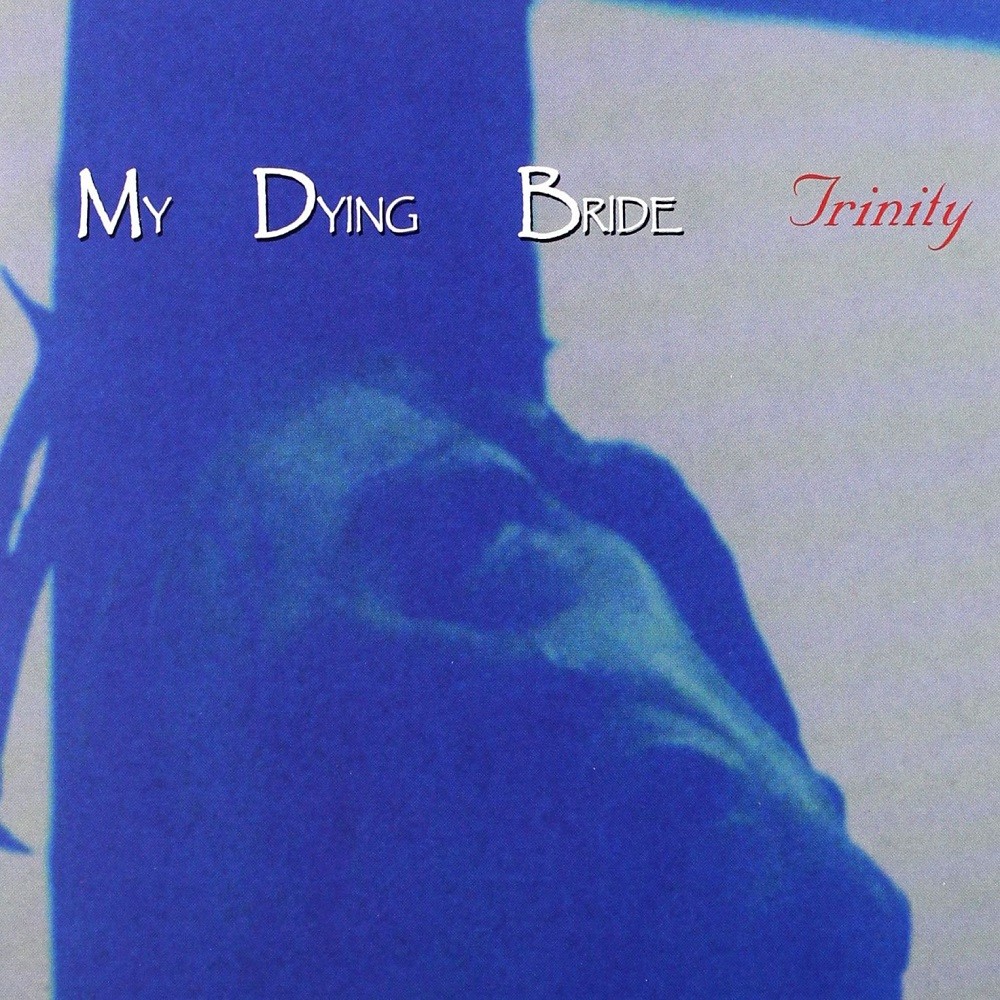 A collection of rare EPs that's damn essential for fans that missed out the first time.

My Dying Bride released three EPs of varying quality that were interspersed around their first two full length albums. All three were snapped up quickly and eventually went out of print, leaving new fans wondering what they missed out on. Peaceville saw the need to get them back onto shelves and put out a box set called The Stories in 1994 that contained all three EPs, but since that was limited to three thousand, the same problem arose shortly thereafter. Common sense prevailed and the Trinity compilation was released, including all three EPs in chronological order, albeit with a small twist towards the end. Considering how difficult it is to find these releases these days, and how damn good each of them are in their own way, this is more than just a novelty compilation. All of them were released when the band were very much in their first death doom metal stage, which they would depart from temporarily in the mid to late nineties, and all three of them have the same solid line-up with the only change being Martin Powell's official addition for I am the Bloody Earth.

The first three tracks are from the 1991 Symphonaire Infernus et Spera Empyrium EP. This was the first official release for the band and a groundbreaking recording for its time. It was also my first experience of My Dying Bride and I fell in love instantly! The title track is an absolutely epic classic that set the bar for all gothic themed death doom to come. At this stage the band had far more death metal influences than later in their career, but this particular track displayed just how incredibly atmospheric and crushing their doom metal could be. The addition of violin and keyboards was fairly novel for the time and it worked extremely well on the first attempt. The lyrics were also unique for metal at this stage, being romantic and poetic, with a distinctly morbid edge. God is Alone and De Sade Soliloquay are more standard death metal fair, yet both have great riffs and particularly brutal vocals by Aaron. Neither track approaches the excellence of the title track, but it all adds up to a great EP and a top class debut performance for My Dying Bride.

The second EP, The Thrash of Naked Limbs, came in 1992 between the first studio album As the Flower Withers and the amazing Turn Loose the Swans. This was really where the band started to ease up a little on the death metal and really concentrate on building up atmosphere in each and every track. Aaron was at this stage sticking to death metal vocals and wouldn't introduce his unique clean style until the next album. The violins are present as always but only perform small flourishes rather than the major role they would play once Martin came onboard full time. Once again it's the opening title track that steals the show, being immensely heavy and haunting. The second track is actually a dark ambient piece which is not something the band would ever attempt again. It's not half bad either with good use of sound effects and a general feeling of unease, and would pave the way for ambient sections in their work down the track. The final track Gather Me Up Forever is also solid My Dying Bride, but doesn't manage to meet the high standard of the opening title track.

The last EP on the compilation is I am the Bloody Earth. Certainly the least interesting of the three due to there being only one new track that's really worthwhile, but what a cracking track it is! I am the Bloody Earth showcases the band at their very peak, being recorded around the time of their brilliant Turn Loose the Swans album. Increased involvement of Martin Powell in the writing process had been stupendously successful and all members of the band were at the top of their game. This is where whoever put Trinity together made a decision to remove one of the tracks. I can't say the decision is all that controversial either as the original second track on the EP was a disastrous dance influenced remix of material from Turn Loose the Swans. It was a terrible idea to begin with, so I'm very pleased that its presence doesn’t stain Trinity. This leaves only a very slightly remixed version of The Crown of Sympathy to finish things off. The original track was a highlight off Turn Loose the Swans, but this remix added nothing of note while cutting a minute from the running time.

But wait, there's more! Not satisfied with three important EPs all packaged together, Trinity is topped off by the inclusion of what I consider to be one of the very best tracks the band has ever recorded. The Sexuality of Bereavement was originally released as a bonus track on The Angel and the Dark River as well as a vinyl only single, and it's simply gut wrenchingly beautiful. Martin's violin work is exquisite, the riffs are crushing and the vocals are awesome. As a big fan of death doom metal in general, I can honestly say it doesn’t get any better than this. In the end, if you're a fan of My Dying Bride but don't own Symphonaire Infernus et Spera Empyrium, The Thrash of Naked Limbs and I am the Bloody Earth, then do yourself a favour and go track down Trinity immediately. It's not a case of "for serious fans or completists only". Just about everything My Dying Bride touched in the early nineties turned to gold and this compilation is a wonderful journey through their early evolution. Thanks to Peaceville for making them available once again.