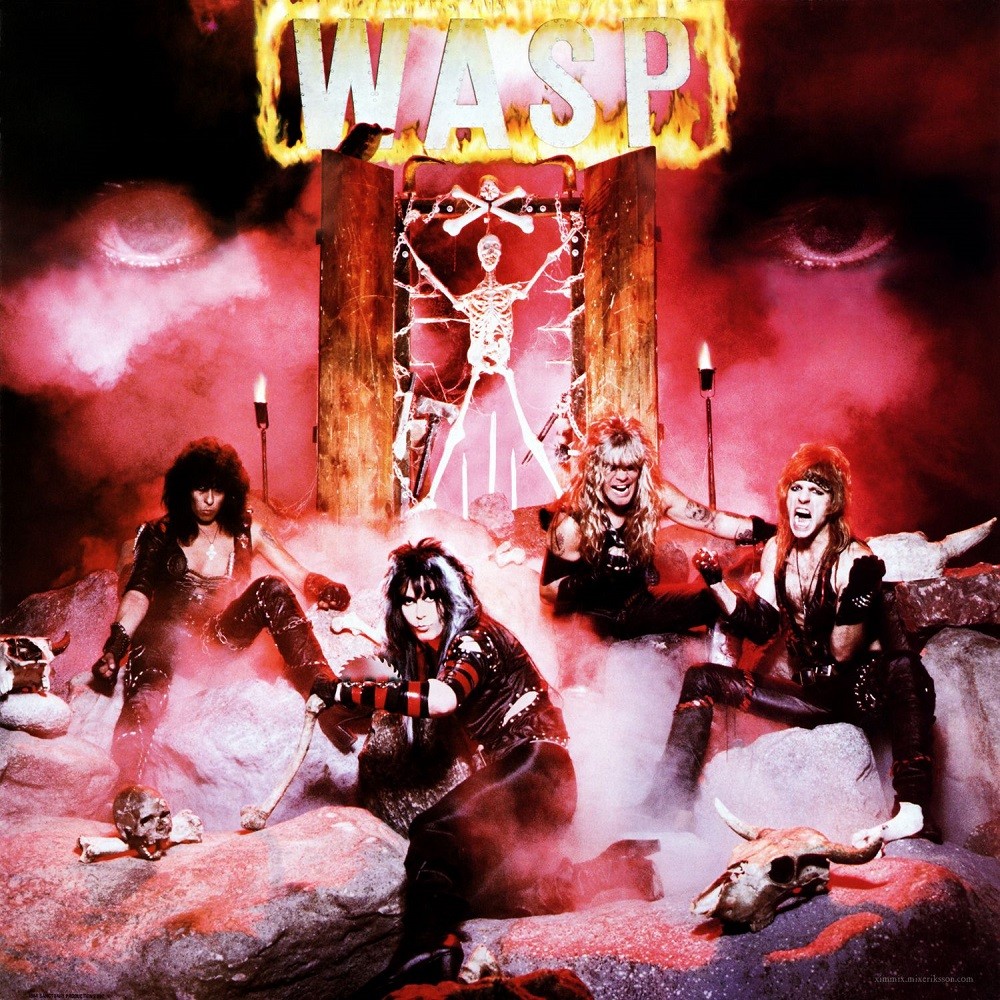 The frenzy surrounding W.A.S.P. and much of the early part of their career often disguised the fact that aside from them displaying what some felt to be shocking sexual audacity and beastly intent, they actually released one of the best debut albums of the time.  After the furore over Animal (Fuck Like A Beast) the band didn't bat an eyelid and got on with pushing their debut down the throats of whoever would listen.  Taking the traditional rock elements and adding more than a fair few coats of shock over the top still should not be the only reason Lawless and co are recognised for their achievements in metal.  The self-titled debut is strong, full of hooks and catchy lines that stayed in your head long after the curtain fell on any associated theatre.

The album might be seen as a romp in more ways than one but at the end of the day this was the album the band wanted to put out and it sounds like it too.  There genuinely were no fucks to be given on this record and the band made this record for nobody else other than themselves, the fact that not only did it wind the PMRC up to epic proportions but also went on to sell gold in the US and Canada only added to the irony of Tipper Gore and co's derision.

Anthems just kept coming from all sides on the album.  Whether it was I Wanna Be Somebody, L.O.V.E. Machine, Hellion or The Torture Never Stops the album was destined to stay in the hearts and heads of all who heard it.  The ability to write obtuse and shocking lyrics was tempered also by the fact that the same band could deliver softer tracks like Sleeping (In The Fire) and still retain that garrish edge whilst doing so.  W.A.S.P. weren't as primitive as people would have fans believe.

Yes, there's some filler on here (hence the 3.5 stars) but this was the debut and if ever there is a time to forgive a bit of filler it is on a bands first outing into full length release territory.  Rock out with your cock out folks!

W.A.S.P. garnered a lot of attention and publicity for themselves in their early days with their sexually charged and often violent lyrics and imagery. Of course, there were plenty of bands at the time (especially metal bands) pushing these sort of topics even further, but many of them remained firmly in the underground scene, and didn't gain the same hostile spotlight from concerned parents and the like, while W.A.S.P. seemed to actively court such attentions. They often seemed like KISS' nastier sibling, locked away for years and now out, loose and on the prowl.

Musically, this is certainly a comparison that holds up in their debut, self-titled full-length. There's an ever-present emphasis on driven, hard rocking melodies, songs dominated by catchy and repeated choruses. It's an album that constantly conjures images of packed arenas chanting along, and maybe even some scantily-clad chorus girls kicking along in a line (see "The Flame" for a perfect example).

It's an album of unashamed old-school rock 'n' roll sleaze, and with enough sincerity among the cheese to carry it off more often than not. "L.O.V.E. Machine", "School Daze", "Hellion", "On Your Knees", these songs are just as you'd expect given the titles. There's always the sensation of cutting loose and going along with it all.

Certainly, W.A.S.P. do this well, but are a bit too focused on it here. Your mileage may vary based on personal tastes, but I do find this album a little too fond of repeating the chorus lines ad nauseum. There's fun in chanting along with such lines of course, but however catchy these lines might be, it still runs the risk of becoming tiresome the longer it goes on, and plenty of these songs are guilty of outstaying their welcome in this regard. More than once I end up willing the song to get a move on and stop sounding like a record stuck in place. Though worth mentioning, "The Torture Never Stops" gives a glimpse of something a bit more aggressive, even thrashy for its day, and it's a shame it only comes right at the end of the album.

All told, this album does have a good time, sing-along quality to it with a nice degree of crunch among the melody, but the song-writing would become much more refined on future works like The Headless Children and The Crimson Idol.

Choice cuts: The Torture Never Stops, I Wanna Be Somebody