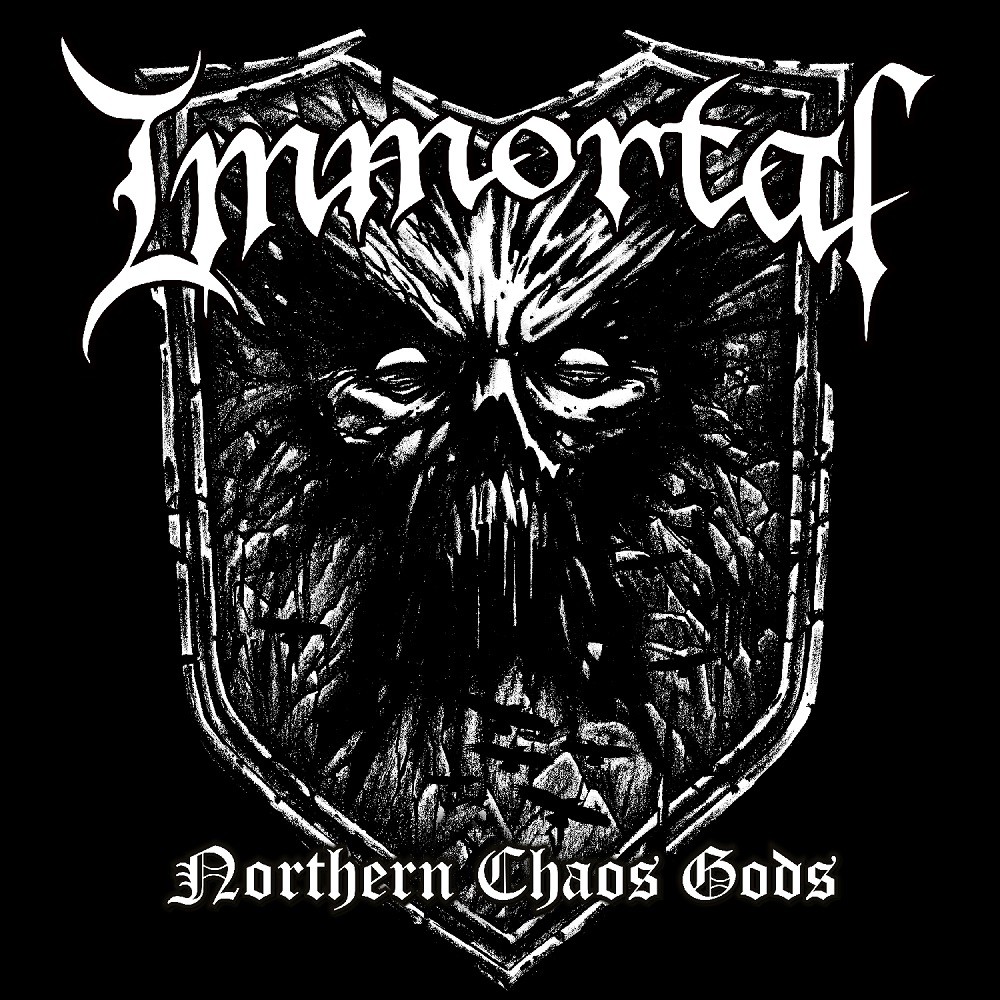 Behind every great man, there's a great woman. Behind every camped up, shape throwing, garrulous Black Metal vocalist there's a great song writer. Both of these statements are true, except the second one actually does not commend Abbath as being the imaginative, creative and artistic driving force behind Immortal. This is blatantly obvious if you have heard his solo pop/rock record of a couple of years ago.

What "Northern Chaos Gods" does is essentially pull off one of the best tattoo removal jobs in the history of "I Love Sharon" ink stains on most truck drivers (married to a woman called Rose) arm's being obliterated by lasers. Despite a big character no longer being present on this record, I don't for one second miss Abbath. Demonaz and co manage to put out an album that sounds so much like Immortal of old you could be forgiven for crying "Fake News!" at every mention of the turmoil and split between the founding members given the music is as strong as it has been in some while.

Demonaz even sounds like a more in control albeit slightly more subdued Abbath. But it isn't the vocals that will get you sweating like a blind lesbian in a fishmongers. Nope, IT'S THE FUCKING RIFFS MAN!!!!!! It is genuinely like getting twatted by an octopus for 42 and a bit minutes, listening to this record. Utterly relentless in their delivery, Immortal just pummel away at you, occasionally throwing an atmosphere building intro before thundering off on hoofed steed to epic landscapes such as "Where Mountains Rise".

There's no Judas Priest or Iron Maiden esque dip in output here in the absence of their established frontman here. Demonaz and Horgh have - to put it in layman's terms - just picked up and ran with the established format. Don't get me wrong, it isn't anywhere near the quality of "At The Heart of Winter", although it does piss all over "All Shall Fall". Think of it as being the record "Damned In Black" could have been as a better precursor to the great "Sons of Northern Darkness".

They have a song called "Blacker of Worlds"!!! I mean what grown man with the mind of a pubescent boy doesn't think that is cool as fuck??? If the start of closing track "Mighty Ravendark" doesn't bring you out in goose pimples, you're dead inside. Fist pumping, neck snapping metal right here folks.