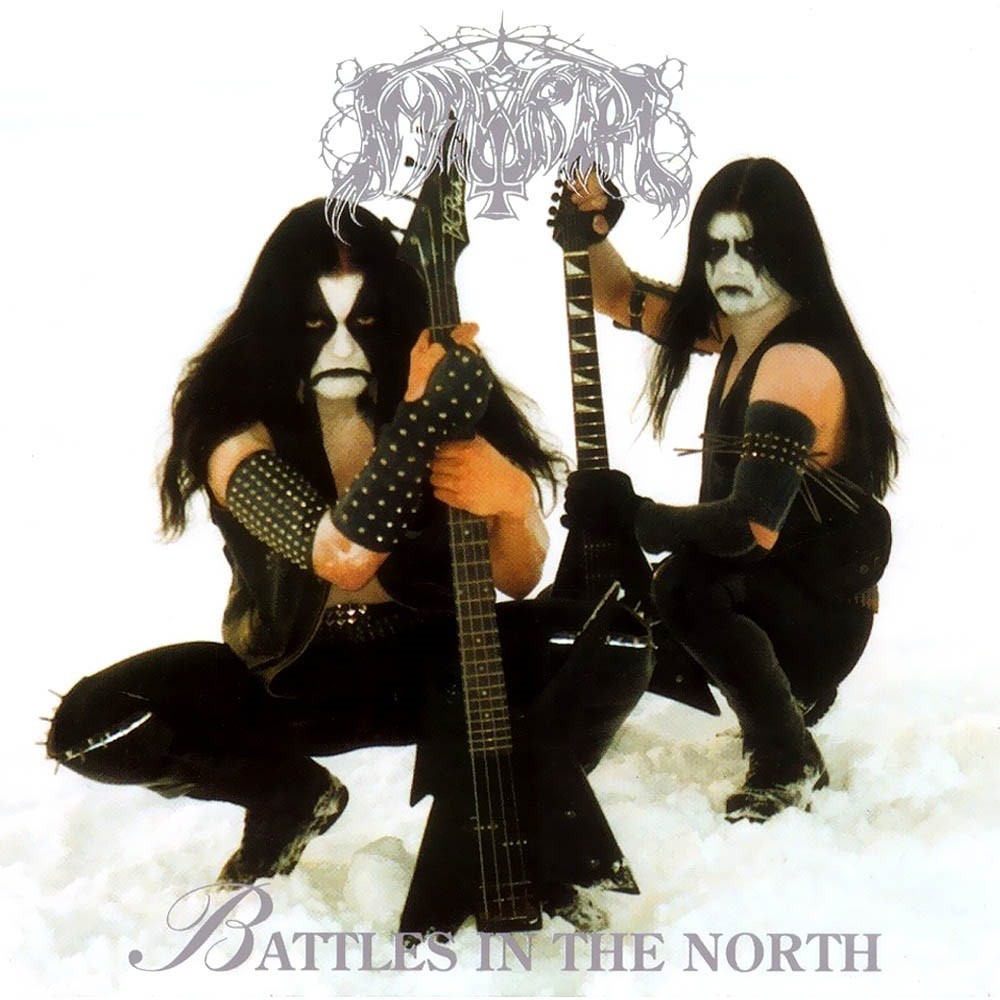 An enjoyable and intense black metal album that succeeds despite its flaws.

The first thing you'll notice about Battles in the North is the drumming. There are plenty of reasons why this is the case, not least amongst them is that they are extremely high in the mix. Considering how relentless and chaotic Abbath's percussive style is, it can be difficult to hear anything beyond it at times. Then there's the fact that the drumming is regularly a bit...well...off. Some of the blast beats are just not up to scratch and the occasional change-up rather clunky to say the least. I think he was simply trying to play faster than he was capable of and it's hard to believe that the band themselves didn't pick up on this. But somehow, despite all these flaws, the drums just can't destroy my enjoyment of this album!

There were only two actual members at this stage with Abbath taking on drums, bass and vocals, while Demonaz handled guitar. Demonaz always produced utterly cold and wicked riffs and Battles in the North is filled with them. Many of these tracks are memorable even though they follow a similar blueprint of intense blast beats, ice-cold riffs and Abbath's immediately recognisable vocal style. The main element that allows these tracks to remain in the subconscious is the way the vocals interplay with the riffs. I've mentioned in previous reviews how much Abbath sounds like a really pissed off Popeye, but damn it if he's not one of the best performers in the business. He doesn't have any range at all, but he absolutely nails the timing and venom necessary to get the best out of the atmosphere.

Don't bother getting Battles in the North if you don't like anything else Immortal has produced. It's basically the main elements of the band turned up to the max with no respite. But anyone that digs extreme, destructive black metal should submit themselves to this immediately. Just make sure you give those riffs and vocals a chance to sink their claws in past the rather infamous drumming performance. The title track is the highlight of the album for me but Grim in Frostbitten Kingdoms, Cursed Realms of Winterdemons, At the Stormy Gates of Mist and Circling Above in Time Before Time are all cracking Immortal pieces.