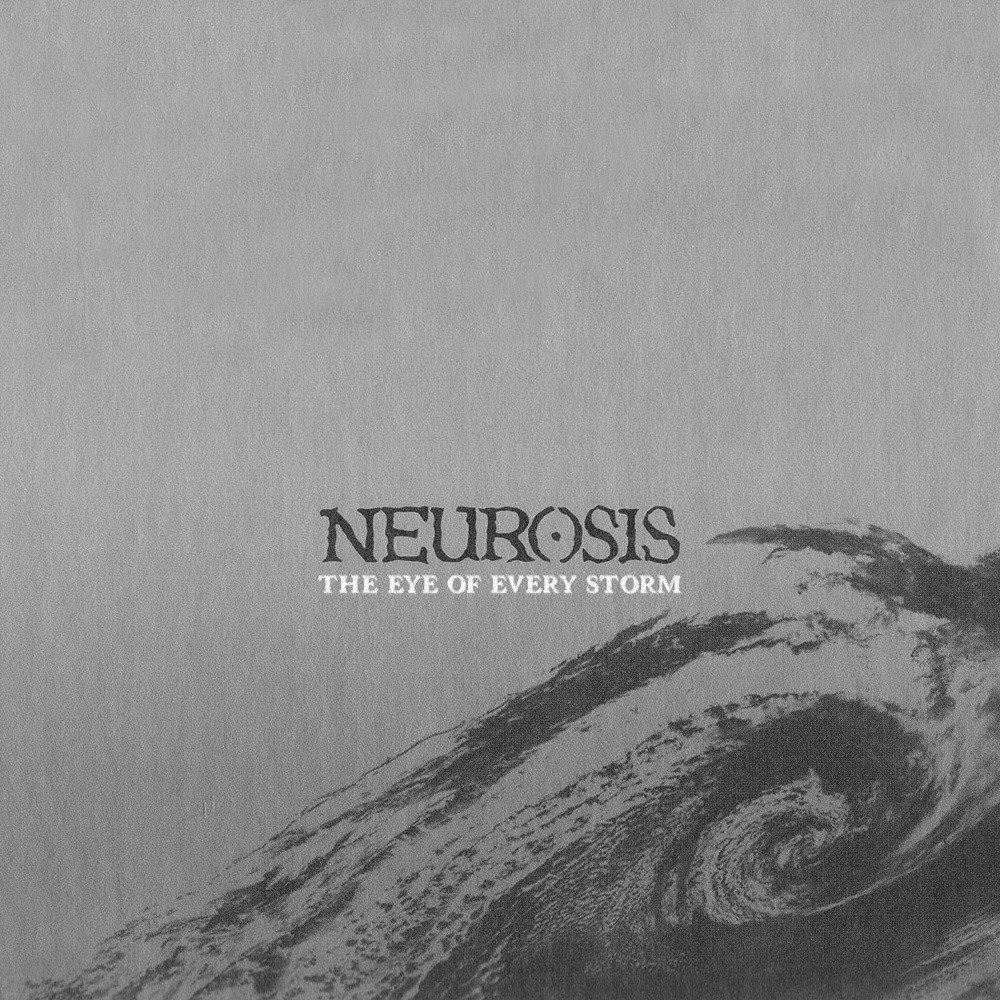 Some of the greater bands are uncommon like Neurosis. Well sure there are other artsy post-sludge metal bands like Isis and Old Man Gloom, but it's Neurosis who takes the helm and escapes the well of bands posing as art such as Dream Theater and gothic metal bands like Paradise Lost and Tiamat. As much as I like that well, Neurosis is a mighty king compared to them!

The Eye of Every Storm might just be Neurosis' true meaning of the art of music. After their initial minimal wonders, they've expanded it with layers of textures progressing into touching beauty alongside cold darkness.

The opener "Burn" strongly represents the interesting style Neurosis has been shaping up throughout their career and how the album would sound as it goes on. The lyrics match the music that evolves as they both progress. It starts with heavy dissonance, then it forms into a different calmer theme. It's almost like two songs in one! Which reminds me, there are two more songs that are two of the most clever mixes of extreme and ambient you would ever come across, despite not sounding alike, the first being "No River to Take Me Home". It opens with a searing riff of mourning loss, then develops into flowing mid-paced guitars, followed by a quiet smoothing duet between the two vocalists/guitarists Steve Von Till and Scott Kelly (the latter I know more about since his frequent collaborations with Mastodon). The title track is one of the two nearly 12-minute epics in this album. It opens with mournful atmosphere plus soft bass and drums, and slow guitar distortion. The first chorus hums heart-stoning melodic feedback. At the 5-minute mark comes a quite depressive passage with bass waves of anxiety transmission. Ambient noises strike the atmosphere while Steve Von Till provides vocals ranging from eerie chants to anguish cries ("Now oath-breaker sinks low!!"). Then ghostly distorted notes are amplified to finish off the droner. Epic!

"Left to Wander" is 8 minutes long, so it's quite a ride until the best part, its intense ending! Longtime Neurosis fans might think of their earlier albums such as Through Silver in Blood with strange oscillated guitars, a tribal beat, and ringing synth flying around. A powerful ending that's worth the long wait! "Shelter" is a really short ambient piece and while this album is perfect, that track is my least favorite here. "Season in the Sky" is close to 10 minutes long, and it's another majestic intense epic that shines light of redemption. Another reason to love this album!

After all that heavy evolution, it all comes down to "Bridges", also last 12 minutes but largely acoustic, yet still keeping Neurosis' main power with a subtle yet mournful atmosphere alongside haunting vocals that tell an esoteric story of turmoil and beauty which is what Neurosis is all about. Another song using the acoustic-heavy technique is "I Can See You". The first half has acoustic guitar, cello, and vocals, then the second half is a bleak heavy storm. I would approve, but my metal-hating mother wouldn't.

The Eye of Every Storm is an album you can definitely enjoy but not achieve by yourself. Their sound is filled with incredible unimaginable minimalism. Their creepily amazing feeling is something very few bands have ever attempted. It's enough to give your ears goosebumps. An amazing album of astonishing ambiance!

Favorites: "No River to Take Me Home", "The Eye of Every Storm", "Season in the Sky", "Bridges"