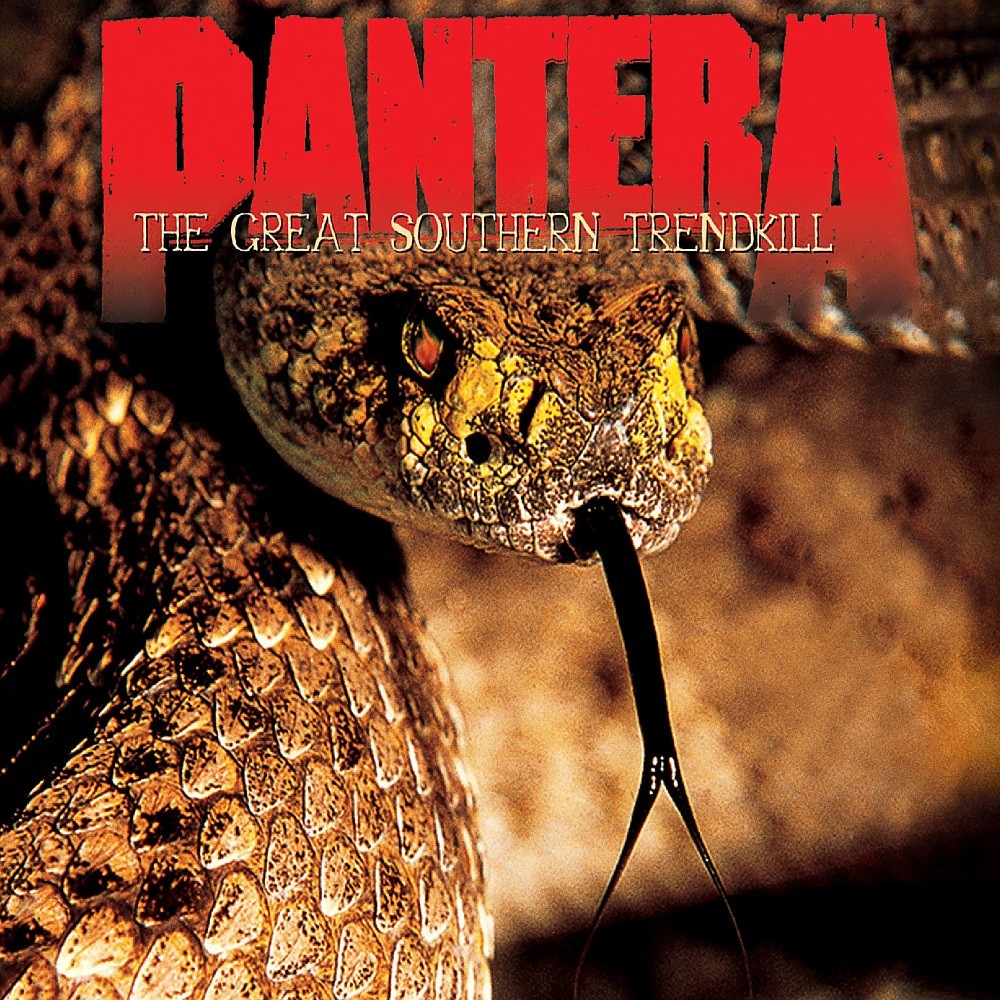 A case of the band trying to be everything for everyone that results in them being not much for very few.

I pretty much gave up on Pantera after Far Beyond Driven. After totally lapping up both Cowboys from Hell and Vulgar Display of Power as a teenager, I think I became a bit perturbed by the amount of people at my school that were cranking Far Beyond Driven at their parties and scribbling Pantera across their pencil cases. After all, what was the point of being a rebellious metalhead if every Tom, Dick and Harry were part of the cause. My obvious response was to move on to things more extreme and to label Pantera as lightweight and sell-outs. In hindsight, this attitude was more than a touch immature, but after going back recently to check what I missed from these American rednecks, I have to say I left them behind at the most opportune time.

All the ingredients of prime Pantera are still in place for the majority of The Great Southern Trendkill. Phil is still a very angry man, growling his displeasure at the world with a heck of a lot of conviction. Dimebag Darrell (RIP)still has that completely unique guitar style that combines great shredding riffs with cool groovy ones. Vinnie still belts the hell out of his drumkit while never attempting anything remotely technical. Rex Brown still...well...plays bass. It's apparent at pretty much any stage of the album that it's Pantera you're listening to which I guess shows they haven't departed too far from their successful template. But despite all this familiarity, The Great Southern Trendkill just fails to get the blood pumping consistently.

Pantera still know how to shred. Just as on old favourites such as The Art of Shredding and Fucking Hostile, tracks like the title track and Suicide Note Part II make you want to jump around and smash things up. But there are just too many tracks here that just plod along with no real intensity. 13 Steps to Nowhere really does go nowhere which may very well have been the point, Suicide Note Part I is a crappy attempt at a tear-jerking ballad and the hugely overrated Floods (complete with incredibly tacky thunder sound effects) doesn't hit the mark either. The band were clearly trying to please everyone with The Great Southern Trendkill. It has some of their heaviest work (Phil is screaming his guts out throughout) and some of their lightest. Unfortunately, I think it ends up being an album that pleases very few. I won't be too harsh when rating it as it still has some very good Pantera moments, but it's not a patch on their earlier work.