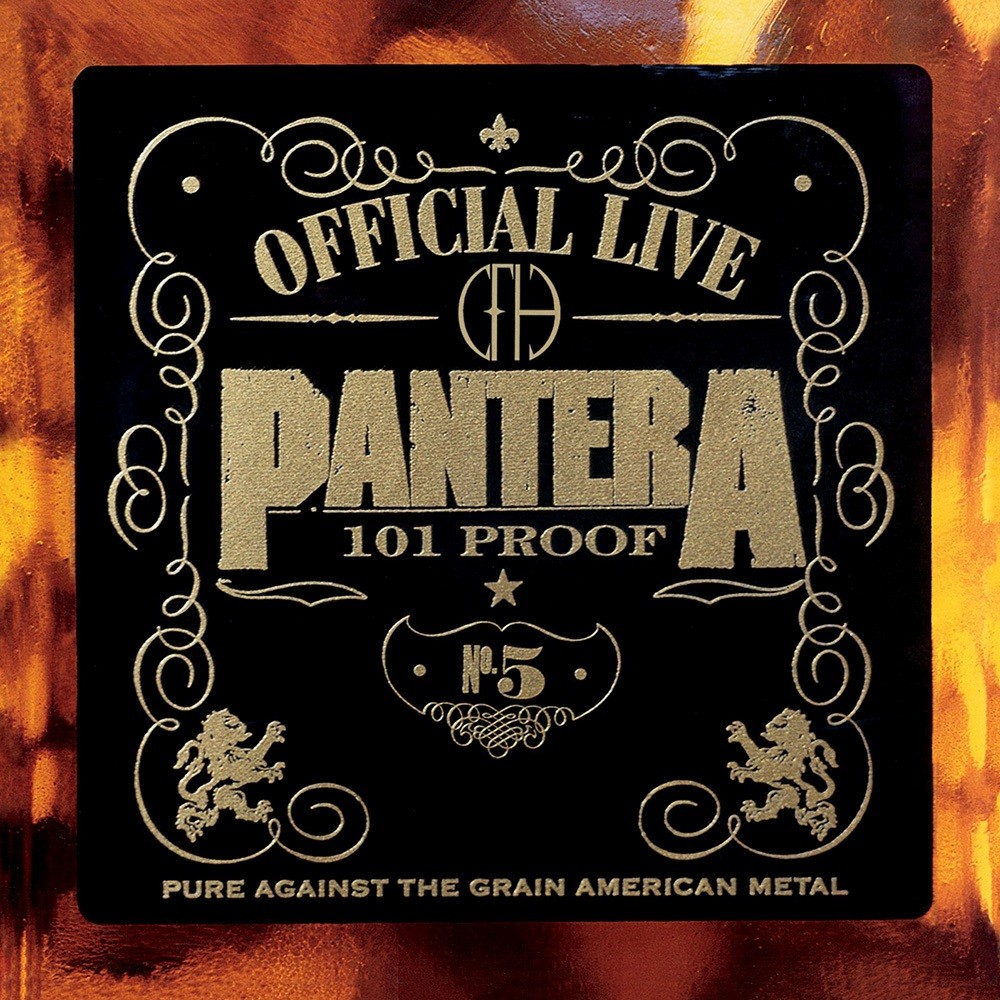 A bunch of great Pantera tracks performed live with a couple of decent extras. Nothing more, nothing less.

As is seemingly standard procedure for even reasonably successful bands, Pantera finally got around to releasing a live album in 1997. The title Official Live: 101 Proof is clearly suggestive of an alcoholic substance, which is fitting given the completely redneck persona of the band. There’s not really any way of knowing exactly when this material was recorded and there are many that suggest it’s merely a collection of tracks from separate concerts stuck together with…gasp…edited audience participation. Some take offense to this idea entirely but I personally couldn’t care less. Having seen Pantera live a couple of times back in the day, I can attest to the fact that they do indeed (well, did anyway) kick ass live, and were more than capable of performing as a tight and entertaining band. By the time 1997 came around Pantera had gone through all sorts of drama, not least of all vocalist Anselmo having a secret heroin addiction and subsequent overdose. Yet they’d gained a massive fan base and gone platinum with three of their albums on the journey!

It’s not hard to see why when listening to Official Live: 101 Proof. The 14 live tracks are just one hit after another, and while my personal preference would have been to concentrate solely on the Cowboys from Hell / Vulgar Display of Power era, I can’t deny that just about every tune here rocks hard. The sound is more than adequate, displaying the power of Pantera in a live environment, while giving each member of the band enough clarity to shine. Most importantly, Dimebag Darrell has an awesome guitar sound that allows him to reproduce the creative and very, very heavy riffs that make the band special. Phil’s vocals are filled with power and aggression and apart from on Cemetery Gates where he doesn’t quite nail it, he sounds very similar to on the studio recordings. In fact, the band don’t really mess with the tracks much, pretty much playing them exactly as they were on the albums. I tend to use live albums more like a best of compilation anyway, so it doesn’t bother me all that much, but a few variations here and there might have given it more character.

So why should a Pantera fan purchase Official Live: 101 Proof? It certainly wouldn’t be to listen to Phil’s rants between tracks. We’ve always known that the guy is a tool, but he’s just embarrassing here, trying hard to lift the audience while coming off as an arrogant dumbass in the process. On the plus side, there are two unreleased studio tracks at the end of the live material which are surprisingly very good. Sure, they’re in the style of The Great Southern Trendkill which is by no means their best album, but they are far better than merely unwanted rejects. Where You Come From is the more substantial of the two and while it rocks more than it thrashes and contains one of the worst leads Darrell ever produced, the crushing final minute make it all worthwhile. I Can’t Hide is a two-minute belter that closes the album with typical Pantera hostility, just to remind us that the band were, at least at this stage, a force to be reckoned with. In the end, if you’re a fan of Pantera then there’s no reason why you won’t enjoy this. If you’re not, then what the hell are you reading this for?