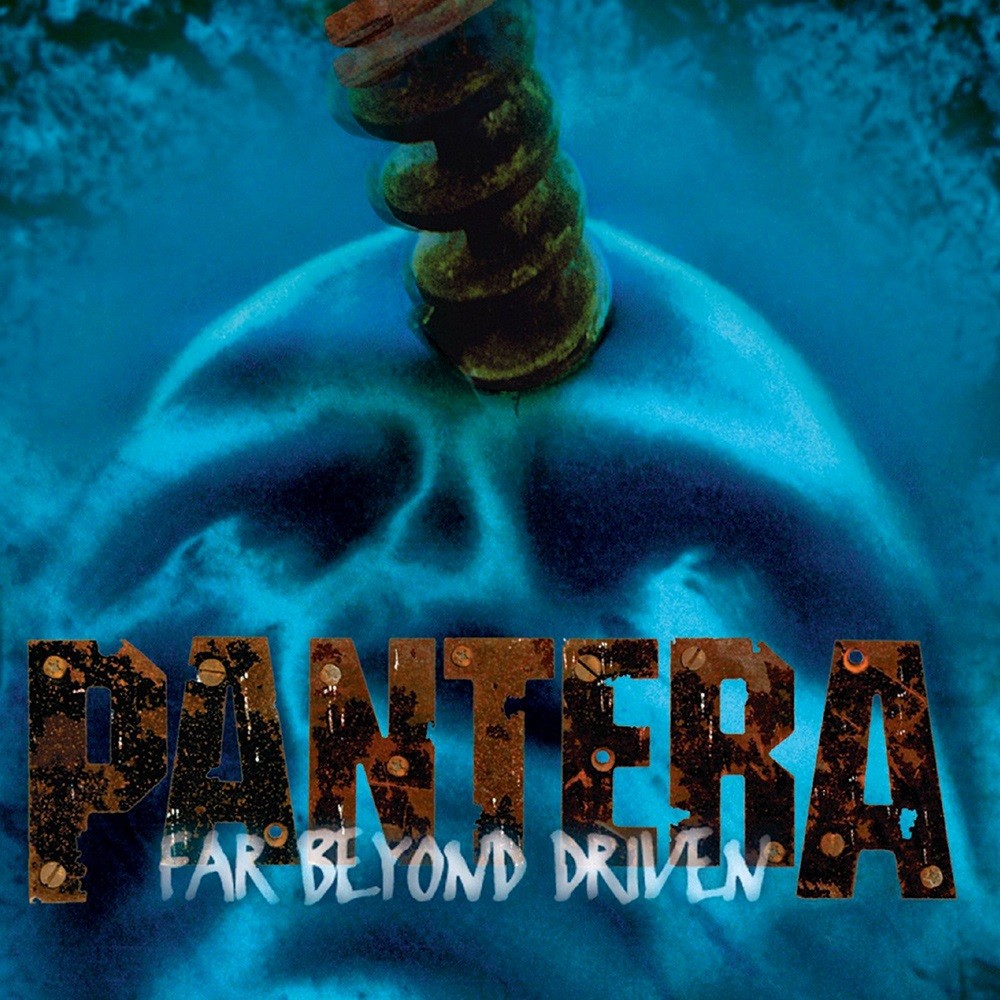 I've always considered Far Beyond Driven to be the album where Pantera started their decline. Both Cowboys from Hell and Vulgar Display of Power had spent a massive amount of time in my CD player back in the early 90s and I distinctly remember being somewhat disappointed with this release. The band had just become huge and this is without a doubt the album that would push the band into the mainstream, so perhaps there was an element of individualism that was important to this particular teenager that had been lost with all the hype. I say this in hindsight now, because going back to this album all these years later, I have to say that it's not bad at all. It's still not close to the previously mentioned albums due to its inconsistency, but there's enough pure adrenalin and entertainment on Far Beyond Driven to make it worth checking out.

All the typical Pantera ingredients are in place, with Anselmo's staggeringly brutal vocals, Dimebag's unique squeals and combination of chunky and shredding riffs, Rex's tasty bass grooves and Vinnie's non-technical yet crushingly powerful drumming style. The difference between this album and the previous classics is the unwanted and unconvincing experimentation that the band added and the previously mentioned inconsistency in quality. The first 4 tracks are damn entertaining and at this stage the album more than meets my expectations of a great Pantera album. But Good Friends and a Bottle of Pills is frickin’ awful. It would be bad enough with the sleazy, bassy sections that stand out dramatically from the rest of the album, but then the high feedback, screaming motherfucker sections have me reaching for the skip button faster than you can say "get off the drugs". Hard Lines, Sunken Cheeks is reasonable enough, but way overlong at 7 odd minutes.

The rest of the album continues with this hit and miss quality. Use My Third Arm is one of the highlights of the album in my opinion and Slaughtered, Shredding Skin and Throes of Rejection are all decent enough, but 25 Years takes too long to get anywhere and Planet Caravan is an ill chosen Black Sabbath cover to finish the album on a complete low point. All in all, I have to say that Far Beyond Driven has enough going for it to have a place in any Pantera fans collection, but it's a frustrating experience worth having only once you've played their more acclaimed albums to death (as I have). Highlights for me are Becoming, 5 Minutes Alone and Use My Third Arm.