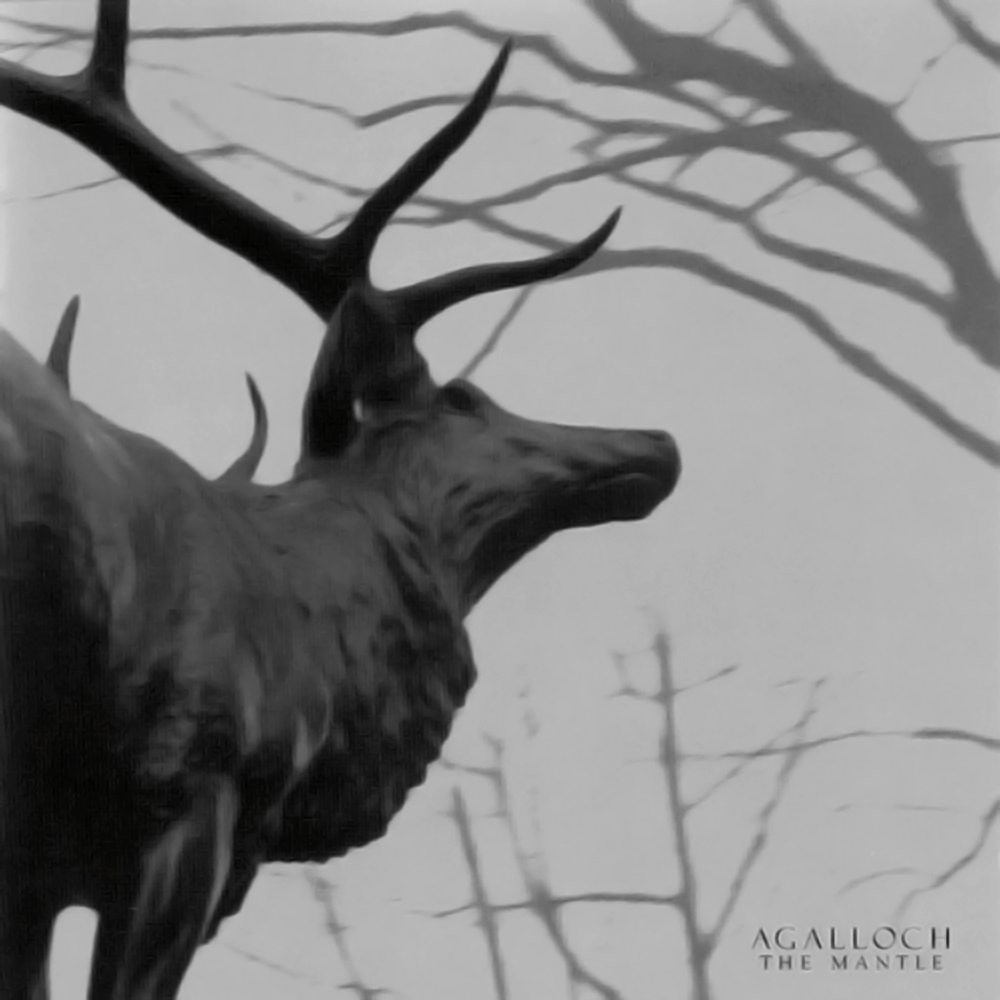 A benchmark of twentieth century ART

The Mantle blends traces of black metal, acoustic folk, and post-rock in a way unlike anything else I have heard or ever will hear again. Bergtatt: Et eeventyr i 5 capitler, an album I adore equally, is the closest possible comparison, but Agalloch's crown jewel shines a different hue than Ulver's. They build atmosphere the most effective way in metal: by utilizing each instrument to reflect their emotions (no immersive synths or try-hard 'concepts' needed). For a work with such minimalist tendencies, the atmosphere is crushingly thick. This album is a journey front-to-back, constantly weaving a texture so unique yet so tangible that you have no choice but to drown in it every time it graces your ears. It is cold and frostbitten, yet with a core of warmth to it deep inside...like a dying fire on a winter night. You will feel like a solitary wanderer timelessly traversing desolate, snowy woodlands like the elk on the front cover. At other times, you will be empowered by waves of stunningly gorgeous soundscapes. There is a mysterious allure that resides in Agalloch’s second album. It is difficult to grasp with words, but whatever it is...it's special. It is albums like this that make music worth exploring, sharing and reviewing. These songs will be the soundtrack to my melancholy winter days for years to come.

Life is too short for some things.  I would class the much lauded 2002 release from Portland's Agalloch as befitting this description perfectly.  I mean, don't get me wrong there's much debate to say how it is a masterpiece of post-rock/metal influenced blackened folk-metal as the album takes you through the complete tour of the sub-genre it manages to create with the release of this album.  But at the same time it obvious (to my ears at least) that this is very niche and no matter how well it is done it is a lot to take in.

In all seriousness, The Mantle is simply too big for it's boots.  It isn't consciously trying to be too smart or clever but I feel that somewhere along the way it starts to disappear up it's own rectum.  The album feels like it is too personal for sharing with a wider audience, like it's direction could only be understood by a gifted few (who I doft my hat to) instead of any semblance of "mass" consumption.  This is of course the risk most artists take when releasing anything and I can't discount the fact that this album is more or less universally praised virtually everywhere I look, but for me the reward for listening is more way off expectations.

Instead of coming across as expansive, the whole thing feels sprawling and arduous.  The genuine feeling is that I am being burdened with something by taking the time to sit through the record and whilst that "something" is never unbearable it certainly is draining nonetheless.  I can cope usually with vast soundscapes with atmospheric sweepings and wooshes, but here things feel uninteresting and unnecessary as the record progresses.  There's no defining moments and as a result the whole thing just feels like one long-winded experience.

From what I have read about John Haughm and the demise of Agalloch this record feels like the circumstance surrounding that sudden ending to the band, uncertain and not entirely clear on what the hell's going on.