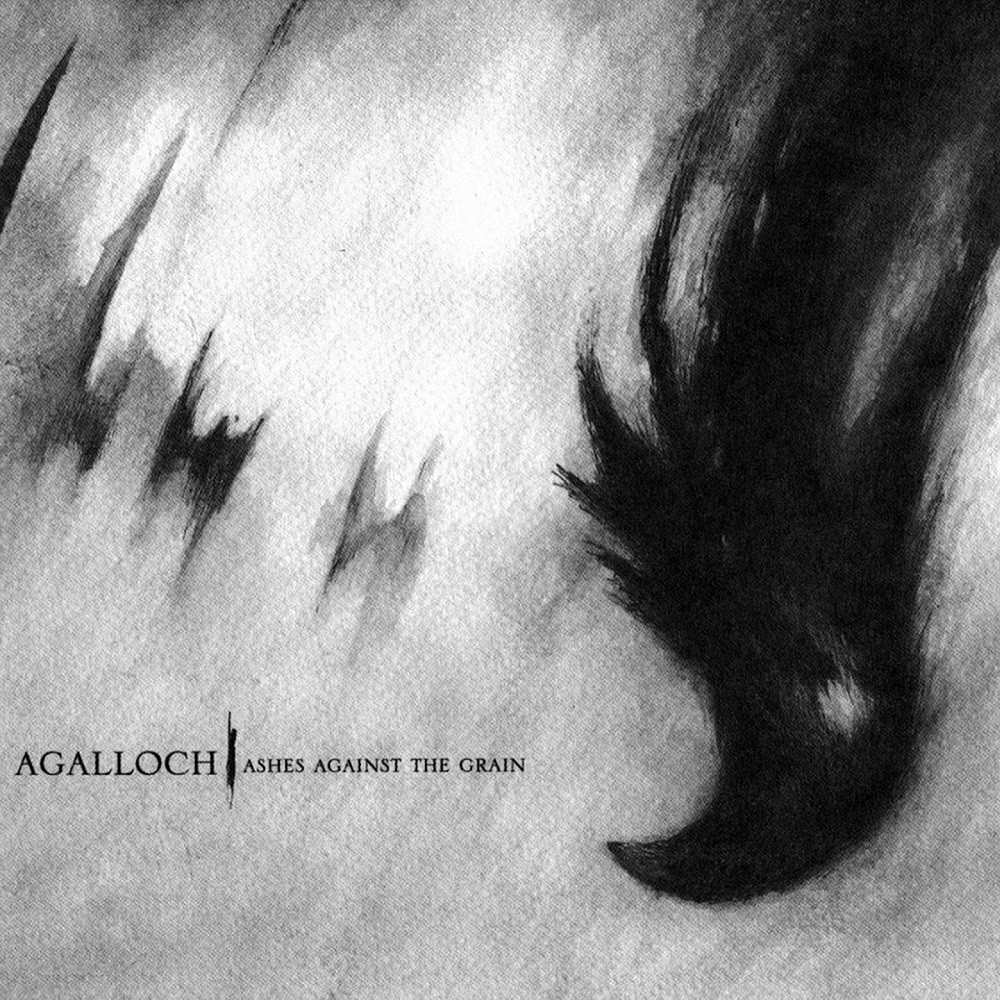 It's rare for one artist to be able to accomplish the feat of creating two near flawless albums over their run. Nick Cave has done it, but not over a span of back to back albums. Agalloch's Ashes Against the Grain may forever be in the shadow of its older sibling, but make no mistake, this album is special in ways that The Mantle just couldn't.

And while this album is still clearly the Agalloch who released The Mantle four years earlier, it sounds drastically different. A hybrid of multiple genres infused together to create something unprecedented; either for the time, or even today. You've got post-metal, you've got progressive metal, there is black metal, doom metal, folk tendencies. This album truly pushed the boundaries as to what heavy metal could possibly be in the 21st century.

The production of this album is phenomenal, perhaps even better than that of The Mantle. The guitars are cleaner with a stronger prominence towards melody instead of blackened tremolo picking. The bass is given enough independence from the rhythm guitar to make this album sound even bigger than it is. The percussion is tighter than ever before, which significantly helps the forward momentum of these tracks. The effortless transitions between harsh growls and drone singing might not be revolutionary, but it is effective. And those drone singing portions are also much improved and are given more importance than previous albums.

The compositions? What can I say? "Falling Snow" has gorgeous riffs and a beautiful arch. "Fire Above, Ice Below" starts peaceful and calming, but is manic'd and destructive by its conclusion and the way in which the ensemble gets there is amazing. "Not Unlike The Waves" is one of the heavier songs on the album, and the guitars get to show off some virtuosity, the vocals are haunting and the transitions are second to none. And "Our Fortress Is Burning" deserves a place alongside "Six Degrees of Inner Turbulence" and "Crimson" as one of the greatest extended metal epics of all time.

It's rare for me to give any album a perfect rating because I have always believed that honor is reserved for the truly transcendent albums. What makes an album like this deserving of a perfect score and not... Metropolis 2: Scenes From a Memory? While Dream Theater's masterpiece is just that, it isn't an album you can just sit down with; you have to invest in it. I have no problem turning this on at any time under any circumstances. Whether I'm happy, sad, angry, tired. Whether its winter or summer, hanging out with friends or at home alone; there is never a bad time to turn on Ashes Against the Grain and listen to it in its entirety. It is also partial nostalgia, since it was one of the first albums I ever listened to that could be classified as black metal. In a way, this was my introduction to extreme metal.

So yes, I stand by my score. Agalloch provided us with a near flawless album that artists today are still dumbfounded as to how to replicate it. These ashes burn brightest and warm the soul. It truly is one of a kind.