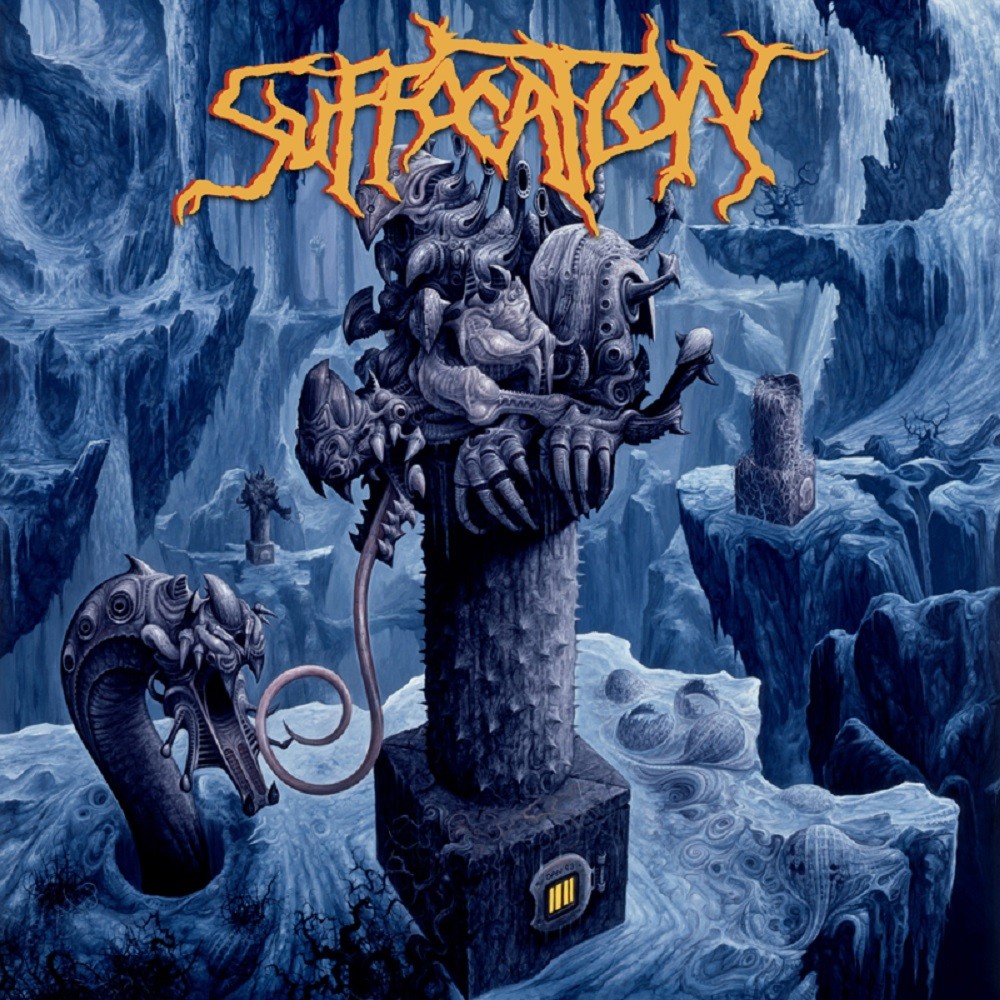 There are some truly indefensible and unforgivable crimes dotted throughout the history of mankind. Setting aside all the genocide, ethnic cleansing, mass murder and multitudinous cases of torture for a moment, one of the most heinous crimes of the last 30 years or so must be the production job Paul Bagin did on Suffocation’s sophomore full-length back in 1993. I should point out almost immediately as I start this review that Breeding… is still a great death metal record, a perfect bridge between the brutality of Effigy of the Forgotten and the more technical brutal attack of Pierced from Within. If you listen closely enough you can hear a sick death metal record rumbling along beneath the stifling layers of production that are heaped over it.

It is testimony to the sheer power of Suffocation that any discernible quality can be expressed from underneath the oppressive weight of Bagin’s appalling knob-twiddling antics behind that desk. In a way it feels like the band already could tell how shite the album sounded and were angry with this fact and it came out in the flow of the songs themselves almost organically. Sadly, for all the obvious brilliance going on here (and joking aside for a minute) the album is ultimately killed by the production. Sonics come across as sterile and (astonishingly for a death metal album) out of tune. The bass sounds like it is played with mittens on; although at times some genuine twangs break through, most of the time there is this oppressive rumble that smothers the rhythm work of the guitar almost completely.

The drums also suffer from a thinness which makes them sound like they are in fact made of tin foil. Only Mullen’s vocals seem to survive the massacre at Noise Lab sitting atop of the pile of dense and suffocating (pun intended) production like some indefatigable warrior, refusing to give in to this oppressive regime.

For the record - and for anyone unfamiliar with the true extent of the production issues - the band themselves demanded the album be re-recorded with Scott Burns and Morrisound Recording and Roadrunner refused to pay for the studio time. Although over the course of the rest of their career the band have re-recorded several tracks and included them on various albums, it remains a tragedy that record company bullshit killed this album. By comparison, the bands next album Pierced from Within was produced by Scott and was fucking superb!

The rating I give this album is by no means a reflection on the band themselves and it is painful to deliver such a low rating against a release by one of the stalwarts of death metal but a bad production job is just something you can’t recover from.