Suffocation - Effigy of the Forgotten (1991) 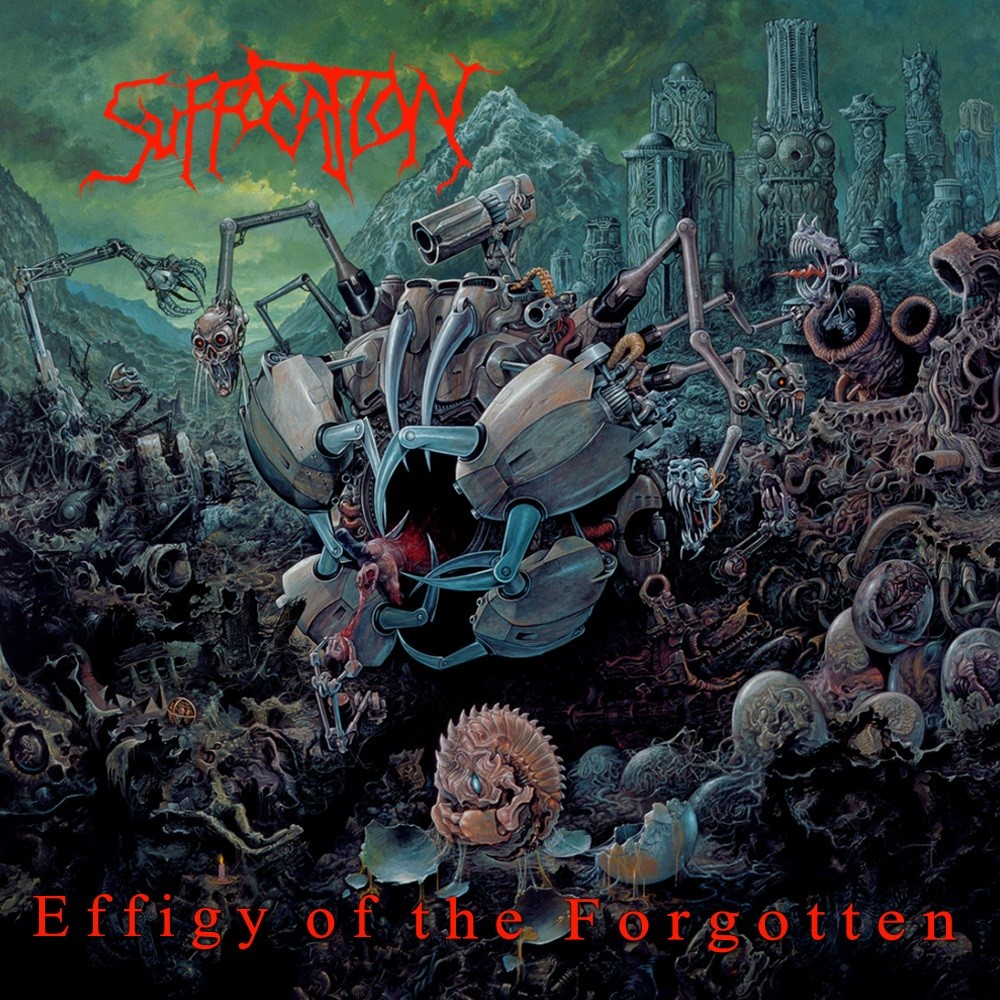 Suffocation pretty much single-handedly took death metal to a whole new level of brutality back in 1991 (Cannibal Corpse also deserve some credit). Their Human Waste EP displayed what they were capable of, but it was Effigy of the Forgotten that crushed thousands of metalhead minds (in a good way of course) across the globe. I must admit that at the time, I wasn't ready for it. Having cut my teeth on Metallica and Pantera, then just made the move to Sepultura, this album was just a fist to the face that I wasn't able to swallow. To my 14-year-old ears, the death growls were indecipherable and brutally guttural, the drumming was chaotically fast and technical, the riffs were nasty and ever changing. It took me another step through Death, Morbid Angel and Deicide to be able to come back to Suffocation and take it all in. Once I connected with it, this album would never let go.

While the album doesn't have an enormous amount of variety, that's not really the point of Suffocation. They've just always had a God-like ability to create riff after riff of awesome death metal and when combined with Mike Smith's inhuman drumming and Frank Mullen's possessed vocals, it makes for a mesmerising experience. The only reason I can't give Effigy of the Forgotten 5 stars is due to several tracks not really doing anything to distinguish themselves from each other. That said, Liege of Inveracity, Infecting the Crypts and Mass Obliteration are some of the finest examples of brutal death metal you could ever hope to hear. This is essential for anyone into this style of music, but for those new to extreme metal, I suggest working your way up to it or check out Pierced from Within.