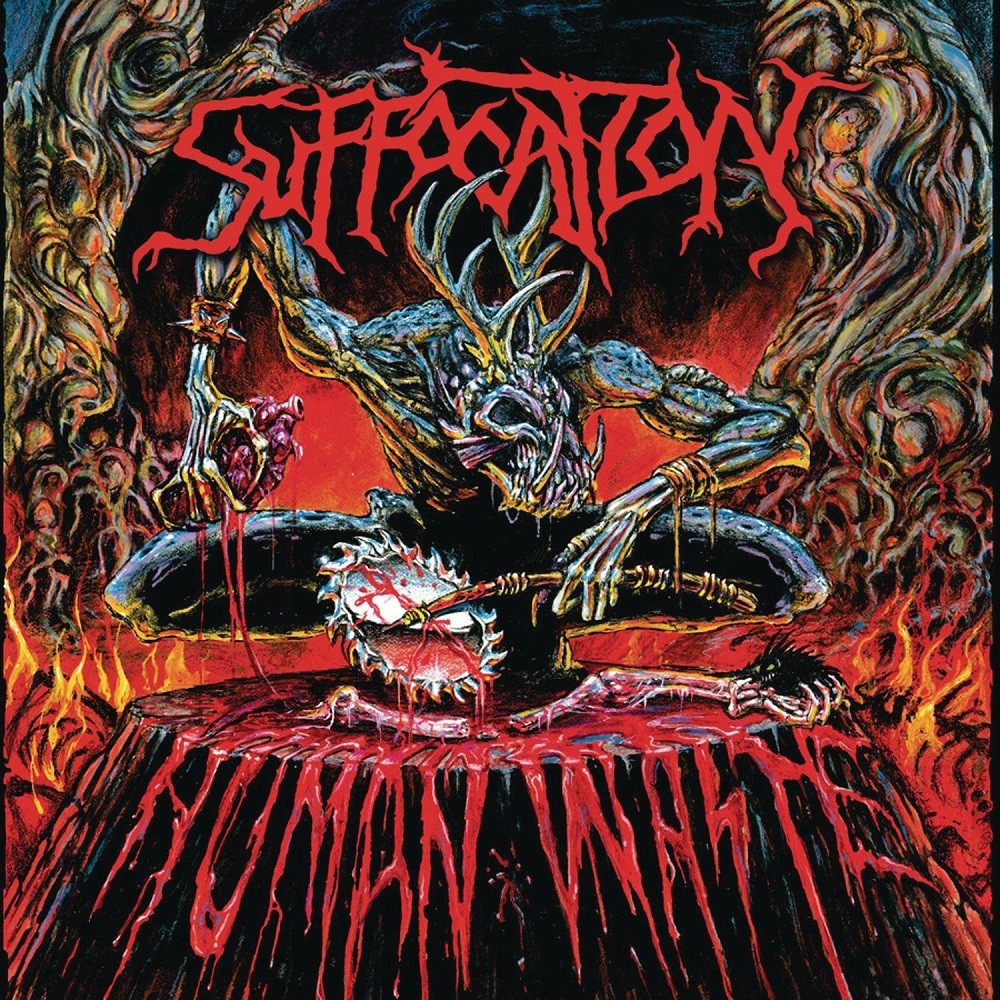 Suffocation took death metal and made it something so much more brutal back in 1991. Pretty much single-handedly creating what we now so imaginatively call brutal death metal, these US youngsters turned the intensity up a notch. The production on this EP is not all that great, but it was good enough to hear what they had to offer. Seemingly endless vicious riffs combined with incredible drumming and some of the most guttural and evil sounding vocals yet recorded announced that Suffocation had taken extremity to a whole new level.

A bunch of these tracks would be re-recorded on future albums with much better production (Infecting the Crypts, Jesus Wept and Catatonia), so Human Waste doesn't have as much to offer today as it did on release. But put into context, this little EP has an extremely important place in the history of extreme metal and offers over 20 minutes of excellent and brutal death metal.

The debut EP from one of death metal’s most influential bands is a real benchmark in brutality. Unrelenting in its delivery and unashamed in the frenzy of its attack, Human Waste is the rule book on brutal death metal. The world by this point had only been treated to the growl of Frank Mullen on the band’s 1990 demo and then a track on a split release via Roadrunner records, and as such this was the first opportunity for the band to bring that trademark vocal style to tape and allow it to embed itself over six raging tracks of gloriously intense death metal.

Along with Incantation, Suffocation are probably one of the most copied bands in death metal with hundreds of acts having been influenced by them with the effect being album upon album of pure Suffo-worship in some quarters. The difference between the copycats and the genuine article is never better exemplified by the New York band’s debut release. I look at it that most of the brutal death metal acts out there are coloring in by comparison to the masterpieces that Suffocation painted over the early part of their career. When his EP arrived, Morbid Angel had already dropped the sonic chaos of Altars…, Death had set a fire burning on the art of the possible over three killer releases and fellow New York stalwarts Immolation had yet to introduce the world to their own brand of imposing death metal. Human Waste was unlike anything else heard at the time, barring Cannibal Corpse who had a sloppier yet effective style that did not quite hit the same heights of sustained assault like Suffocation managed.

Suffocation knew how to play fast but also how to take the listener along with them along every step of the way. Listening to these tracks there is a genuine current that runs through them, electrifying the very air around the listener, charged by the very power of the rhythm and percussion section alone. The riffs just keep coming and coming, punctuated by blinding sonics that writhe in the mix like shapeshifting demons. Couple all of this with Mullen’s infamous growl, spewing forth fury and vitriol and it is the perfect combination. His performance on the title track is terrifying and borders on inhuman in sound as the demo sound really shows the raw evil in his vocals superbly.

I often overlook Human Waste and go straight to Effigy… or Pierced… for my Suffo-fix but it is frankly criminal how little rotation this EP gets on my speakers and I am off to hunt down a physical copy (please internet be kind to my wallet) immediately.