What Are You Listening To Now - The Horde Edition 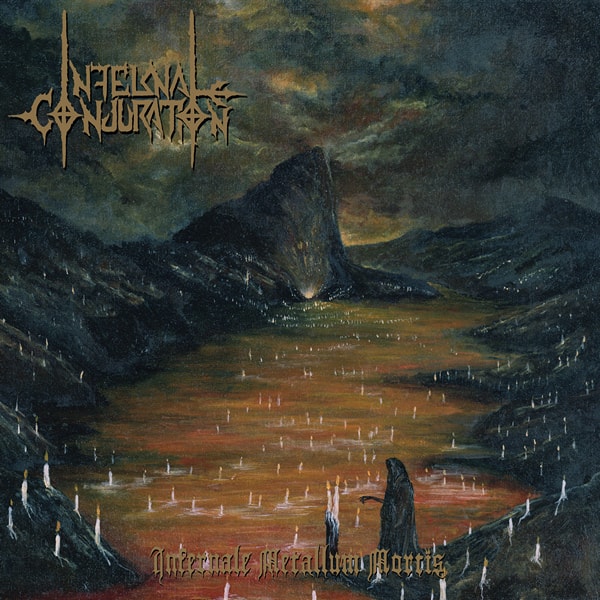 Described by one of my internet acquaintances as "the best death metal he has ever heard".  Bold statement and not true for me.  Competent death metal from Mexico that ticks boxes.

English death metal at the elite level. I'll fight anyone who doesn't agree that this is Bolt Thrower's best record. The production was stepped up & it presented a band that knew their limitations & worked within them to perfect a beautifully refined brand of death metal full of hooks & controlled power. Karl proves once more that a bit of intelligibility in your death metal growls is always a plus when trying to portray a message too. Yes it can get a little samey but the melodies in their riffs are strong enough to allow them to get away with it. I saw them on the tour in support of this record from the middle of the front row (when I wasn't stage diving) & it was one of my greatest death metal experiences. For fans of Benediction, Asphyx & Hail Of Bullets. 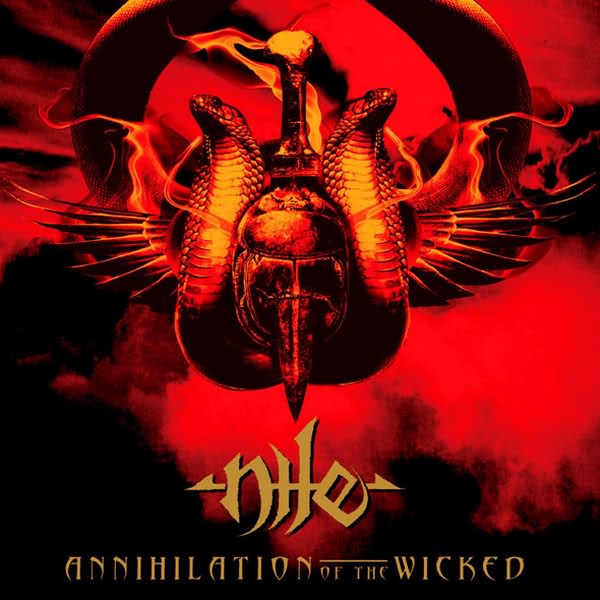 Nile's last great record.  Full of beastly riffs and herculean technicality to boot.  CD copy arrived this past week to assist with some plaster that needs removing from the walls opposite the stereo speakers. 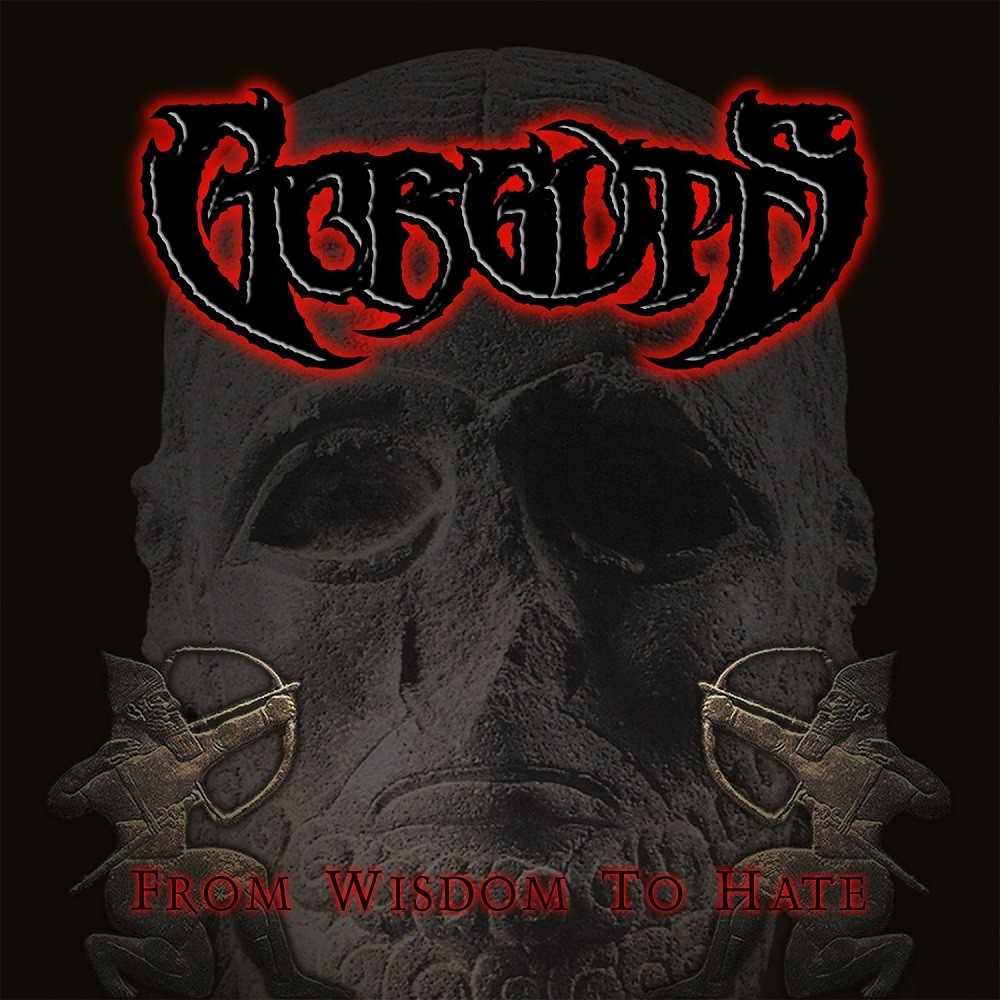 On the notes in the booklet, Lemay describes this record as one he is very proud of.  "We were able to maintain the musical vocabulary and aesthetic found on 'Obscura' but in a less abrasive and chaotic way...Now, with a step back, it seems to me that 'From Wisdom to Hate' would have been a more natural and logical progression to 'Erosion Of Sanity'"

I agree with him on the less abrasive front, but to be honest I kind of wanted a bit more of that on this record.  Compositionally it does start to lay groundwork for Colored Sands I can hear but I often used to debate that this should have been, as Lemay describes above, the album between the sophomore and Obscura.  I think whichever album came after Obscura was going to be a step down in terms of that chaos that Luc alludes to in his notes.  Some how though if history had been different and Colored Sands ended up following Obscura I still would have loved both records.

Holding off on my rating currently as want to get a full review done soon and just revisiting after a fair old period of time since last regular spins of this.

Draghkar - At The Crossroads Of Infinity

Hey all, a member of Draghkar (Brandon Corsair) recently reached out to me about their debut album and I think it's something pretty unique that quite a few people here would be interested in. It's got a great mix of Death and Black Metal with some old school style production and a ton of interesting ideas which don't overstay their welcome. I pointed Draghkar to The Academy and I'm assuming they'd enjoy hearing some feedback since they've been reaching out to RYM reviewers. Daniel, Ben, and Macabre are the ones off the top of my head that probably need to hear this.

Thanks for the heads up. I’ll give it a few spins over the next few days.

Yep, enjoying this, thanks for sharing.

So I've given "At The Crossroads Of Infinity" a few spins over the weekend & I have to admit that I'm not really onboard with Draghkar's style. There's an interesting array of influences on display which starts with the old school death metal of Autopsy & dilutes it with the early works of bands like Rotting Christ (black metal), Amorphis (melodic death metal) & My Dying Bride (doom/death). The growly vocals in particular remind me very much of Aaron Stainthorpe from My Dying Bride actually which can't be a bad thing. Now that all sounds very good in theory but, with the exception of bassist Cameron Fisher, I'm not sure the band had the technical skills to pull it off successfully at this stage. The drumming is probably the main annoyance for me as almost every track includes some very lightweight & bouncy punk-driven speed metal beats which totally lose me & I'm often left wondering whether their inclusion was out of necessity rather than preference. The rhythm guitar performances are a little sloppy during the chuggy down-picked sections & the relatively basic guitar solos don't really add anything much to the sonic landscape either. Also, the use of lead melodies had a lot of potential but could have been so much more interesting if they didn't simply mirror the underlying riff for the most part. On the positive, the production lends itself well to the task at hand & the doomier sections are generally very successful (particularly during the lengthy album highlight track "An Erosion of the Eternal Soul"). I really dig those vocals too. In fact, most of these songs have really good moments but they're inevitably balanced out by some mediocre ones which tend to spoil the experience for me I'm afraid. Perhaps Draghkar are simply a touch too melodic for my taste? I dunno but there's no doubt there's potential for the future. I just don't think they're are quite there yet. Have a new turntable and speaker set up in my lair now and so I am finally able to play this gem in all its glory.  Satan bless Earache Records! Having a re-listen to a couple of the Ulcerate albums I own. I still have a bit of a hard time wrapping my head around some of their material (or just that cavernous death metal style in general). I can keep up for a few tracks before I start to drift and lose focus. I appreciate what they do, they are highly skilled and their compositions drip with atmosphere and ability, it just wears me down (even compared to something like Gorguts' Obscura album, which I find a bit more memorable out of the gate).

Bolt Thrower - For Those Once Loyal & ...For Victory

Since it's the beginning of the year I've been trying to knock out some albums and bands that I know I should have been listening to for years now. Bolt Thrower is definitely one of them, and For Those Once Loyal  and ...For Victory didn't disappoint. Straight up quintessential Death Metal that doesn't necessarily do anything special solely because it doesn't have to in order to be outstanding.