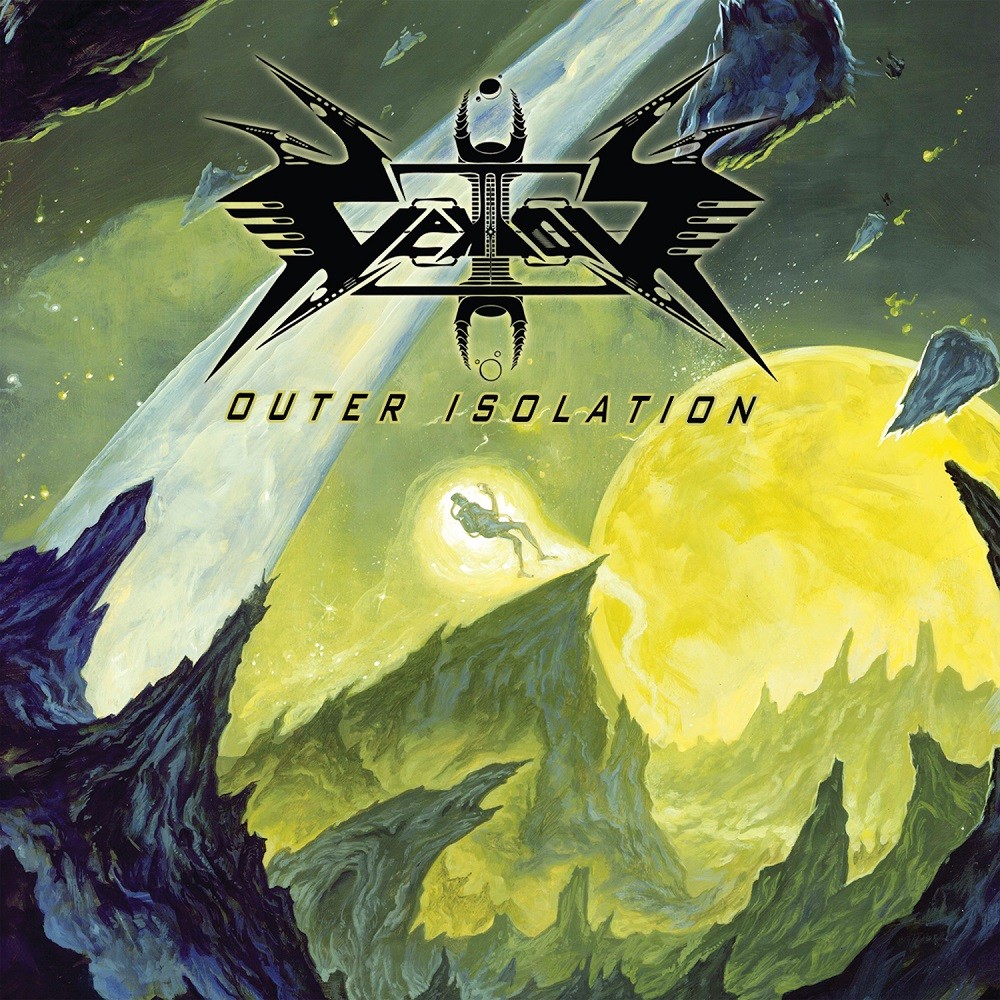 One super easy and interesting technique in looking for new bands is to find them on websites such as Google, YouTube, Wikipedia, and of course, this website Metal Academy. And let me just say that Vektor is one of the greatest bands I've ever found in 2020. They manage to unleash progressive riffs and thrashy blast beats, alongside lyrics bringing to mind one of the greatest sci-fi movie franchises of all time, Star Wars! And this album is the second part of the band's own trilogy!

Outer Isolation helps listeners visualize the story of ONE MAN, floating in space, thinking about life and the surrounding cosmos. You might think a story like that would be boring, NOT helped by generic thrash and lengthy progressive solos you might be tired of. No way! Vektor has recreated all of that into something new and fresh through eight thrash tracks with sci-fi themes. After the awesome fast Black Future, Outer Isolation features a few slow passages that are almost symphonic to keep the listener interested and let them know that there's more than just chaotic speed.

The 10-minute (a length more common in progressive than thrash) opening track "Cosmic Cortex" begins with one of said slow passages, welcoming the listener to the future sci-fi imagery the album creates. That atmospheric spacey intro really lets the clean guitar chords fly until they're fractured by tech-thrash riffing you can find in bands Voivod and Coroner. After that retro-thrash instrumental third of the song, it speeds up as David DiSanto screams his way into the song beginning his shrieking vocals. There are a few sections in the song where the guitars and bass interlock before heading into separate sections, then return for the furious blasting chorus. "Echoless Chamber" shows some tension building as tempos rise and fall. At over the 3-minute mark, we end up in a valley of solos similar to classic Megadeth, and the brilliant drumming helps bring excellence to the song. "Dying World" is another bone-breaking progressive thrash track.

"Tetrastructural Minds" is one of 3 tracks in the album re-recorded from their demo Demolition, and man is it chaotic! The song starts sounding decently like Slayer, even including a Tom Araya-esque b*lls-grabbed scream before beginning the vocals. Then we take a break from the speedy riff action with a counter-balancing beautiful instrumental passage, before the chaos continues again. "Venus Project" is the second song here originally in Demolition. It starts with another beautiful soft intro before unleashing the usual heaviness. Once again, there's a strangely superb sci-fi-ish guitar solo before a jazzy chill out, then after that, more killer chaos! "Dark Creations, Dead Creators" is shorter (at only over 3 minutes) and more direct, but it still has some violent speed similar to Death Angel.

"Fast Paced Society" is the third and probably the least superior of the 3 Demolition tracks and a good way to describe the modern fast thrash scene. Vektor has proven to be in that society with their fast blast-beats between flashing dexterity and frantic procession. The rare dissonant chanting vocals are a little weird, though. The title track is the other epic for this album (this time, over 8 minutes) and a great description of what the band is, deep and considerate while going over the edge of head-exploding pace of madness. It's a shame they've never re-recorded the remaining song in Demolition, "Moonbase", because that's a longer epic that would've made this album more complete.

I wish I could rate this album more than 5 stars because of the album being so abstract and standard-surpassing. What an album Outer Isolation is! I can't wait to review the next and last (for now) part of the Vektor saga, Terminal Redux, and see how that goes. The band's career may seem short-lived, but let's hope Vektor can live longer!

The immediacy I enjoyed with Vektor's debut is not as prevalent on their follow up.  Not to say that the release overall suffers as a result of this.   The clever stuff is still there, the widdly and noodley lead work, the polyrhythmic drums and the time changes to leave you catching your breath are all still presnt and accounted for.  You just have to spend some time with the album and peel back a couple of layers to see them lying beneath.

For all the technical nuances present here there's a surprising level of memorability here once you have given it enough spins.  Both the opening and closing (title) tracks nicely bridge what comes in between, framing the cosmic-themed, technical thrash perfectly and still somehow leaving you wanting more.  The structures on this album remain a mixture of vast soundscapes (Cosmic Cortex and the title track) and short bursts of chaotic sounding yet well planned thrash with enough variety to leave you dizzy (Echoless Chamber, Dying World and Dark Creations, Dead Creators).

The skilled musicianship shows throughout but it never feels like wankery or showmanship.  It feels cosmic, and ethereal at times and you end up with melodies ringing around in your head for days after listening to it.

It doesn't really flow that well as a record which keeps me from rating it as high as the debut and things do feel a bit samey on more than one occasion making me feel the album could have been a couple of tracks shorter in the end.