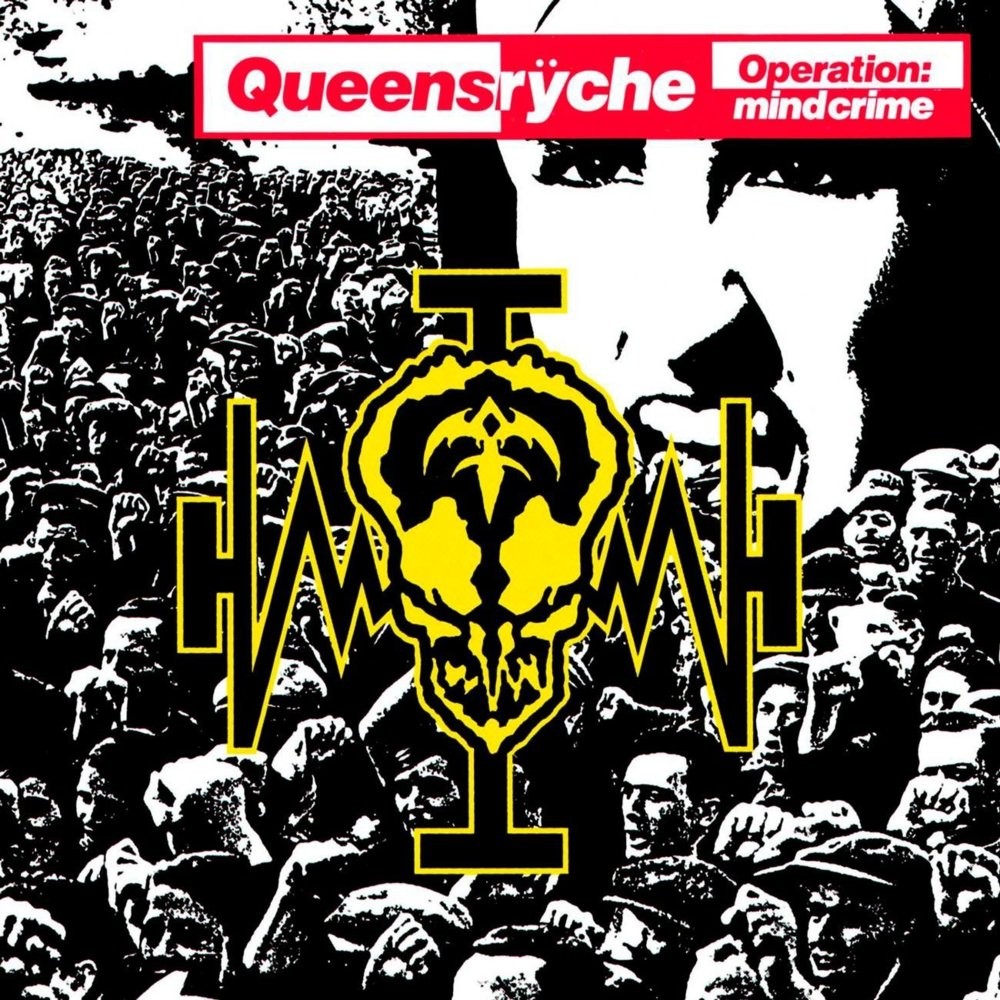 I remember… My first expectations of this album, before having heard anything, were that I wouldn’t love it, or at least, not as much as Rage for Order. The reasoning is simple; I loved Rage for Order because despite being an 80’s Prog Metal album, it was built on incredibly emotive songs centering on the passionate vocals of Geoff Tate. The music was awesome, but the song structures were very straightforward and filled with explosive, anthemic choruses, and so it served the mood and the song rather than showing off technical prowess or wankery.

There are two reasons I was afraid this might change on Operation: Mindcrime. Firstly is the fact that it’s much more readily labeled Progressive Metal, while Rage for Order seems to be considered more (un)traditional Heavy Metal with some prog elements, so I was afraid the songs might leave their simple yet catchy structures behind in favor of showing off how good they are. Secondly, I was fairly certain the album was politically based. I don’t dislike political lyrics, but the problem is, I like music that makes me feel something. Political lyrics don’t make me feel anything (other than frustration, either because the message is sadly true, or because it isn’t true at all). I can appreciate sharp political commentary, but I can’t fall in love with it or feel my chest tighten due to it. I feared Queensryche would abandon their emotive cheese in favor of a more educated and sophisticated lyrical direction.

I was so wrong.

YES this album is centered around politics and social issues, and it nails them unabashedly with an unforgiving edge, taking hits at capitalism, religion, the culture of pay offs and the tyranny of the one percent in America. But the album is not politically driven. It is character driven, and that is why it succeeds in terms of both storytelling and delivering powerful, emotive songs. Without spoiling anything major, the album is a very clear conceptual story of a man who becomes disillusioned with American society (highlighting the political and social issues). He ends up joining an underground revolution, experiencing crime, addiction, love, loss, insanity, and making all these things extremely personal (this is how the album holds you and doesn’t let go). Lyrically, it remains incredibly passionate and evocative, a fantastically emotional tale that takes stabs at the big evils but never lets you forget about the individuals and their important experience.

Musically, they sacrificed absolutely nothing. The songs are still very catchy and hell-bent on creating melodies that will kick your ass, make your heart ache, or at the very least ingrain themselves in your head forever. And once again, Geoff Tate’s vocals steal the show. The amount of harmonizing he does with himself here is insane, with just about every song featuring a chorus that could go down on any all time best vocal lines ever laid down. His voice is crystal clear, he enunciates well so following the story is easy, and his range is killer. The production for everything sounds amazing, especially standing out as an 80’s album that hasn’t aged a bit.

Another thing? There are no flaws. Not every song is perfect, but they are never doing anything wrong. Nothing remotely mediocre on this 15 track epic. Even the segues are cool, providing key story bits and often having some killer music to them, which is usually where concept albums can fall apart. One of the greatest albums of all time.