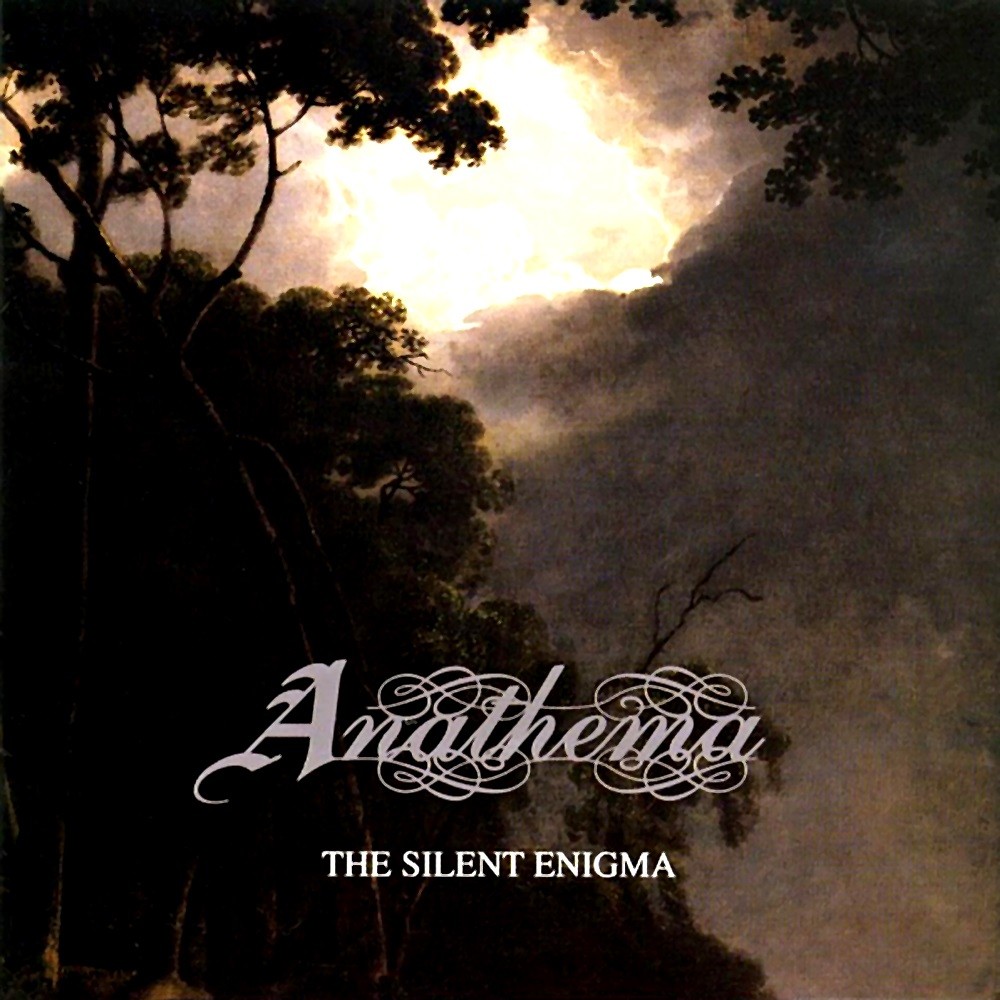 As I continue to explore doom metal and I get to revisit previously tested artists and albums I inevitably come across the good, the bad and the ugly.  My patience is tested more than once on The Silent Enigma with its wailing theatrics and at times frankly dull passages.  However, I find it hard to state that I do not enjoy the album overall.  Even given my challenges with it, I cannot ignore that it is well written and commands an almost royal level of respect.  Having heard precisely no Anathema going into this I have nothing to benchmark it against in terms of the discography as a whole and so I get to judge it purely on its own merits, of which their are many.

Vincent's vocals (when not in wailing mode) tread a path of aggressive and emotive expressions that suit the level of aggression behind the riffing and percussion remarkably well.  There is never a sense of conflict with any of the component parts on the album, instead things feel measured and balanced and for the main part this delivers an album that sounds a lot more mature than a sophomore release normally would do, let alone one that had seen a significant line up change from the previous album.  It is in the attempts at the more sincere moments that I find issue with the vocals.  Whilst I understand the need for the drama, I just feel the vocals are a little over the top and get to the point of making me cringe in all honesty.

When they are in full flow, I find I have little to argue with though.  Opening track Restless Oblivion is a perfect example of the content that appeals to me and even the instrumental track that closes the album has a real presence despite me not normally enjoying instrumental tracks as a rule.  Tracks such as Alone or the ones that lose me, as they stray into the realm of meandering despite their obvious promise and instrumental prowess.  I end up wanting to move the song along by the sheer will of my mind which is never a good sign on any record and usually results in me hitting the skip button.  At the same time, the soothing density of the guitar tone on Sunset of Age is an unexpected pleasure following the aforementioned sleep-inducing track that precedes it.

So whilst I referenced the three different possible outputs in the opening line of my review, The Silent Enigma only contains the good and the bad and never actually displays any of the ugly.  Even the bonus track version that my stream threw up to include the orchestral version of the title track and some unreleased track manages to hold the attention through its extras.

An intensely moving release and probably my favourite Anathema album.

The Silent Enigma is a damn beautiful album! Unlike many Anathema fans, I'd already been really impressed by the band's debut album Serenades, despite that release having its fair share of flaws. The most obvious area of concern was with vocalist Darren White. While his dreary vocals may have worked perfectly well amongst the extreme melancholy of Serenades' raw death doom, they were clearly not going to be good enough for the band to branch out into more creative and dare I say commercial ventures. As it turns out, the band didn't have to look very far to find their answer. Guitarist Vincent Cavanagh takes over vocal duties for The Silent Enigma and while he certainly has some awkward moments of his own, he brings a totally fresh and effective emotional range to their music.

The vocal department isn’t the only area where significant changes occurred in Anathema’s sound. The bass is much more prevalent in the mix and far more impacting than before and while there were always exquisite melodies suffusing their music, there’s now a much more mellow and almost ambient aspect that sits neatly alongside them. It all adds up to a rather unique sound that can’t really be labelled purely death doom metal and yet hasn’t completed the band’s journey towards a more Pink Floyd inspired rock. The lyrics are poetic, and Vincent’s varying styles really get the most out of them. He occasionally takes the “woe is me” approach a little too far, but his spoken word and aggressive growls are immensely effective. He appears to put a heck of a lot of passion and feeling into the performance which really moves the listener, particularly when combined with Anathema’s typically stirring melodies.

The only thing stopping me from giving this album 5 stars is the odd track settling into lengthy interludes that are perhaps not as interesting as what the band were going for. I appreciate the effort the guys put into creating some epic stirring experiences, but there are some cases where a little focus would have worked better (Cerulean Twilight is an example). But when it works, it works wonderfully well! Restless Oblivion, Sunset of Age, the title track and A Dying Wish are all amazing and some of Anathema’s finest achievements to date. It's so strange to me that some of the later Anathema albums receive similar or even better ratings on RYM than this wonderful release. As much as I enjoy the odd track off both A Fine Day to Exit and A Natural Disaster, neither comes remotely close to The Silent Enigma. I can only conclude that those rating this album poorly are simply not really into doom metal and so find much more enjoyment in the Pink Floydisms of their modern material. But everyone’s entitled to their own opinion.