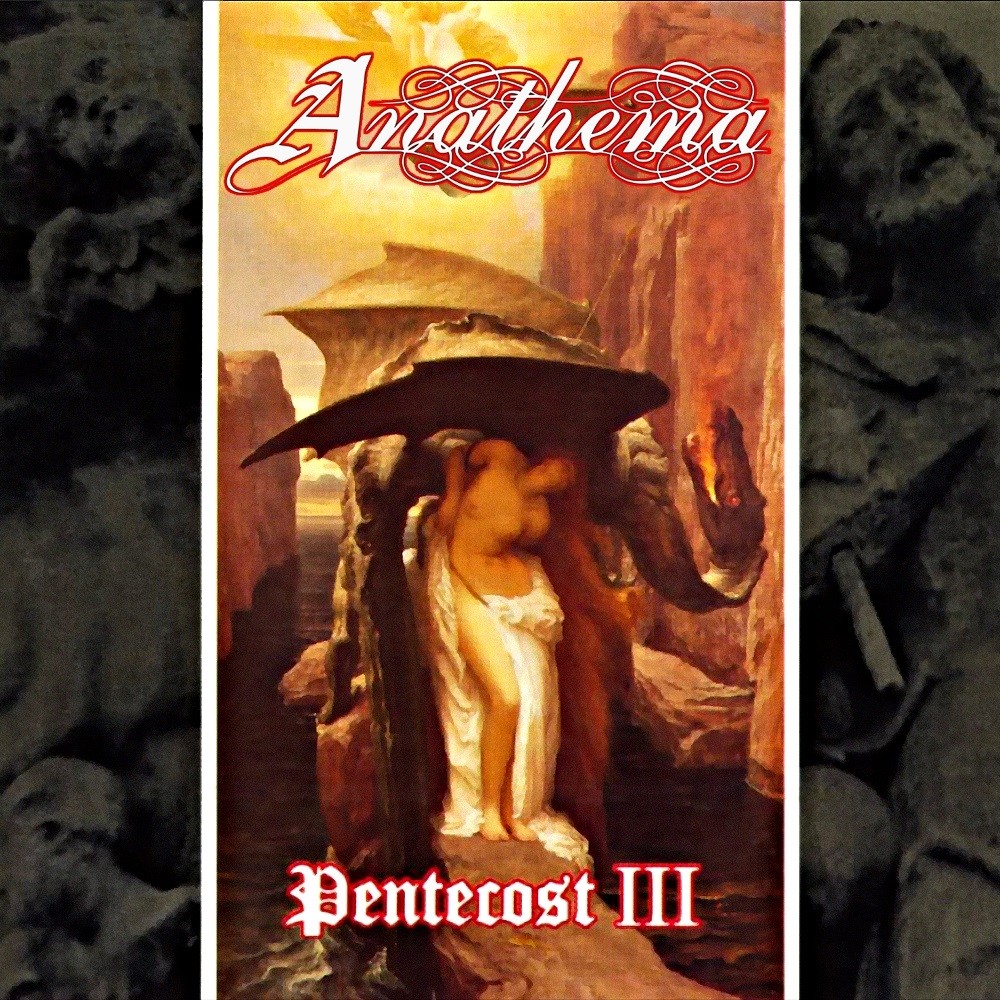 A transitional EP that's just never moved me the way Anathema so often does. Disappointing!

I seem to be one of the few people out there that really enjoys Anathema's debut album Serenades. Yes, it has some average vocals at times, but the melodies these young Brits came up with are incredibly moving and beautiful. It's an album that I love despite its flaws for the simple fact that it touches me on some deep level. I recall looking forward to Anathema's next release a whole lot but what I recall even stronger is how disappointed I was with Pentecost III. It really left the Serenades sound behind and displayed a totally new direction that I wasn't sure I was happy with. As it turns out, the fruits of this new sound would be completely realised on The Silent Enigma later the same year, but this transitional EP still to this day just doesn't work the way Anathema's material normally does in my opinion.

Kingdom is by far the best track to be found with its long, atmosphere creating build-up. Even so, the climax is just a little underwhelming after such a great journey. Darren's attempts at clean vocals are not as I thought they might be. After all, he's not the most talented of vocalists and it wasn't at all surprising that the band let him go while they started to venture further away from their metallic roots. Mine is Yours to Drown In is the other track I quite enjoy with it's almost oppressive structure countered by the mellow fade out. At this stage of the EP I'm not completely onboard, but there's a lot to like. Unfortunately, the rest of the tracks are nothing special.

There appears to be quite a few people that like We, the Gods, but I find it to be a bit average and the galloping main riff is pretty crap. It's not until the 7-minute mark where it captures me in any way with a great melody, but by then I'm pretty much over it. Pentecost III is a short instrumental that passes by harmlessly and then we're onto closer Memento Mori. By far the heaviest track on the album with Darren going back to his death style vocals, it's certainly a dark and depressive experience. But it's not a particularly memorable one and not a patch on any of Anathema's best work. To make matters worse, the last few minutes of the EP involve the band horribly shouting 666 over the top of rather bland rock instrumentation. It may be a "hidden track" but this is one of my pet hates. If bands want to be idiotic and destroy the mood that they've tried so hard to create over the course of an album, then I will include that in my assessment.