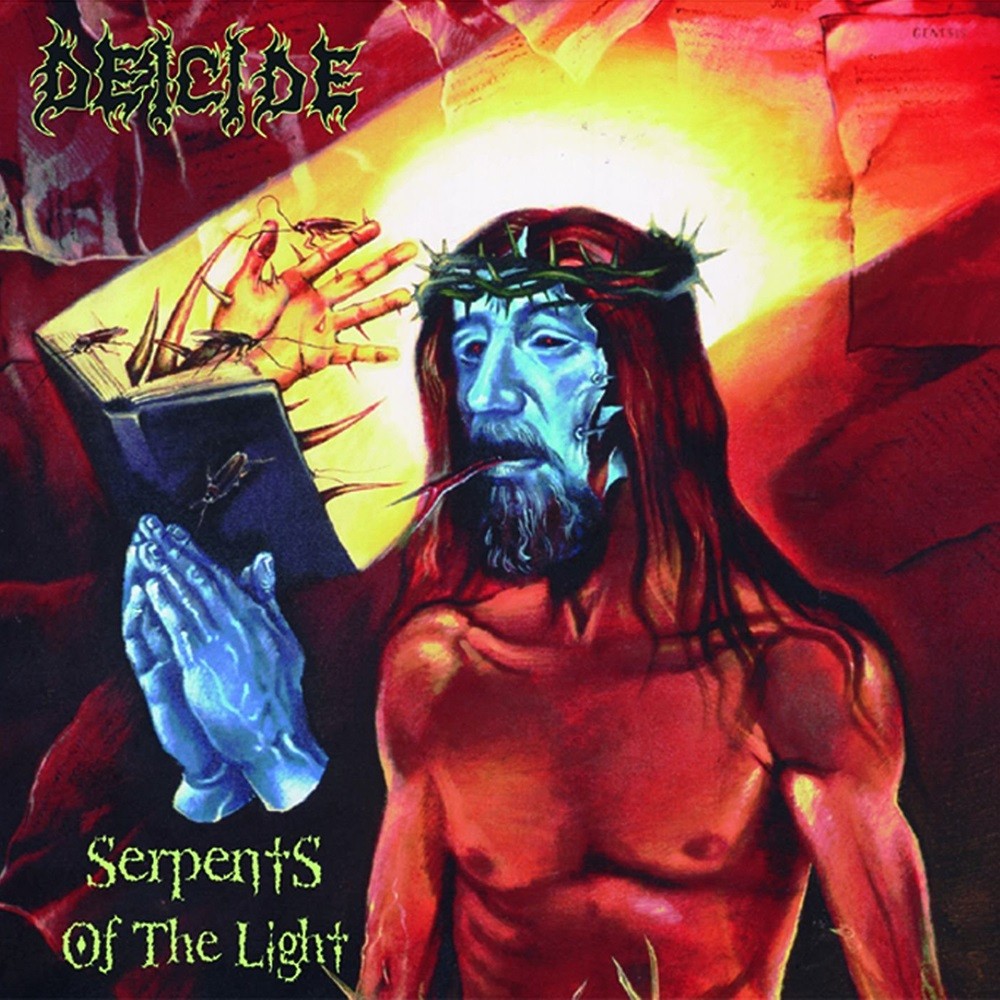 Although it starts strongly enough, 'Serpents of the Light' runs out of steam after five tracks.  The energy levels rarely drop throughout the record but unfortunately the quality of the songwriting does all too easily.  It is a shame really as what could have been a stronger record just suffers with a lack of ideas and although it never quite hits the low of 'Scars of the Crucifix' the legs to carry on what started the album just aren't there.

The title track opens proceedings, with a high tempo and chaos tinged growls giving instant impact to the track.  A familiar blooping lead occupies the space behind the first chorus line ahead of the second verse and this all just feels really promising.  'Bastard of Christ' spits the expected levels of hatred whilst being lashed by some fine riff work and 'Blame It On God' presents as much contempt as the title suggests with its snappy opening and blasting drums.  Again, some superb riffing is on display here also. By the time you get to 'This Is Hell We're In' the cracks are starting to show unfortunately, starting remarkably similarly to previous tracks we get the first hint of the engine needing further stoking.

The strong start to 'I Am No One' gives hope of renewed energy as it motors through the gears, pausing only to spill general misanthropy from its exhaust onto the shroud of Christ.  Unfortunately, from here on in it is all downhill.  Tired riffs, poorly arranged tracks and a general sense of real filler being present unfortunately.