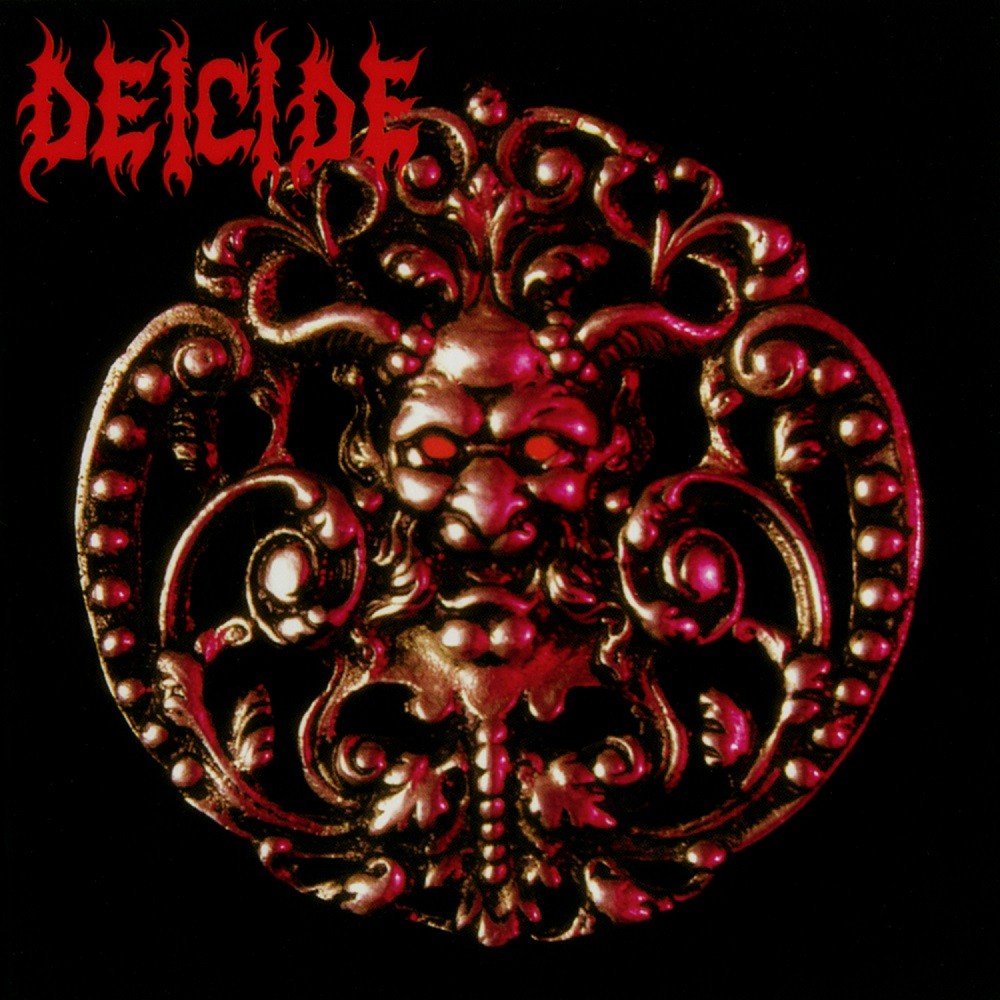 Over the years there's no denying that Deicide's output has varied in quality. Some of their albums have been fairly rubbish and the band (particularly vocalist Benton) have received a heck of a lot of criticism along the way. But there's one thing that simply cannot be taken away from them. Their debut album was brutal and thrilling death metal of the highest order. These guys played with a Satanic conviction unheard of at the time. Forget Venom with their playful Satanic piss-taking. Forget Slayer's Satanic imagery and pentagram accessories. These guys were convincingly and scarily evil! With riffs that brutally smash you to pieces, awesome drumming of a rabid animal, a vocalist that sounds like Satan himself and atmosphere to make grown men cower in the corner, Deicide's self-titled album was the business. As a 13-year-old I remember being completely infatuated with it, while at the same time feeling just a little bit dirty. It's not the sort of music you want your grandma to hear you listening to!

A lot of credit must go vocalist Glen Benton. No matter what you think of him and his crazy antics (the guy burnt an upside down cross into his forehead), his vocals are just amazing. But no less credit should go to Steve Asheim whose drumming is phenomenal throughout. He'd one up this album on Legion as well which is nothing short of stupendously impressive. Then of course the Hoffman brothers’ riffs were incredible, managing to be memorable while evilly destructive. Their leads tended to sound almost identical on each track, but they were short and sweet, not drawing attention to themselves. They're really the only downside of an otherwise incredible release.

For all the doubters out there, check out Lunatic of God's Creation, Dead by Dawn, Carnage in the Temple of the Damned and the closing masterpiece Crucifixation. Each of those tracks makes me want to run around the house smashing things up (I don't if you're wondering). If it isn't obvious, I think this album is underrated. I love my death metal, and this is one of my very favourite albums, endlessly entertaining and moving. It's a shame they lost their way after just a couple of albums. But then I guess there was only so far this form of music could be taken by one entity, and they pretty much nailed it first go.

Deicide are one death metal band I have been quite familiar with for quite some time, mainly due to a workmate who loaned me their first three albums when I returned to metal in the late nineties. Led by the inverted-cross branded, religion-despising, bassist/vocalist Glen Benton and featuring the Hoffman brothers on guitar I found Deicide to be an intimidating proposal and, in all honesty, back then I wasn't particularly keen as I found them far too abrasive. So, it's a measure of how far my taste has changed in the intervening twenty-odd years as, listening to this now, I found an awful lot to appreciate and actually really enjoyed it in a fuck-everything kind of way.

On this, their debut, it is evident that Deicide had no intention of fucking around. Ten tracks and a runtime just a bit over half an hour, this is a release that hits fast and hits hard. The memorable  riffs are exceedingly tight with a really cool guitar tone, the drumming of Steve Asheim is devastating and precise and Glen Benton's vocals spit bile and venom at his preferred target of organised religion with a genuinely disturbing spite and evil-sounding growl. Deicide is an album that is trimmed of all fat and is made of nothing but muscle, bone and gristle, getting straight down to business and never diverting from the path of intimidating and scaring the living shit out of anyone and everyone. The Hoffamn's solos are not really anything more than functional, but this album isn't about anything as superfluous as fancy guitar solos - it is pure distilled essence of death metal and as such may actually be toxic if taken internally.

But seriously, Deicide have had quite an inconsistent career and Glen Benton hasn't always been the most likeable individual, but on their debut they instantly got to the very core of death metal, illustrating an inate understanding of what it meant and creating an absolute textbook release that could be held up as an example for future generation of death metallers. If a band were getting too pretentious or arty-farty for their own good then they could do worse than sit themselves down with a copy of Deicide to reconnect with the beating heart of death metal and shear themselves of any unwanted pretentions. All-in-all an exciting and dangerous-sounding album that is the sort of release that reminds me why I got into metal in the first place, all those oh, so many years ago.