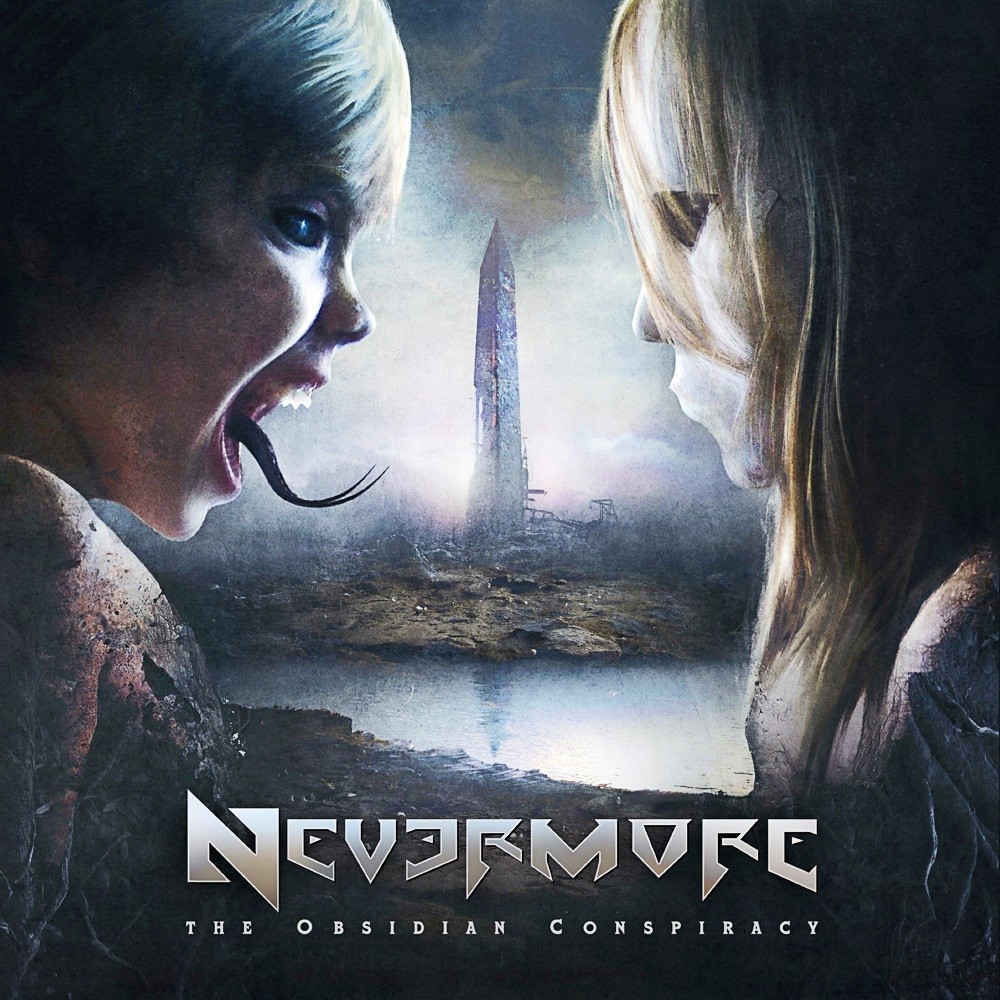 After a long 5-year wait, when the band was suffering through illnesses, tour cancellations, and band members leaving, along with a couple solo albums, Nevermore returned with what is sadly their final album before their indefinite hiatus and lead singer Warrel Dane's untimely passing. This album, The Obsidian Conspiracy, really ends the band's career in a bang, and while this album is more accessible than the previous two, I think it's still a great one worth valuable time! (unlike SOME people in this website)

Dane's solo album, Praises to the War Machine, has a more minimal style that might've influenced the album into that kind of style. Both albums were produced by Soilwork guitarist Peter Wichers. The album has returned to the single-guitarist format and is more musically open than usual, as the band promised to fans. That seems like a wise move in terms of popularity, considering this album to be the band's first to reach the Billboard 200, a magnificent milestone! However, the commercial songwriting is more simplified and less aggressive than in the previous two albums, with more vocal-centered choruses and shorter songs with none of the 7-8 minute epics.

Continuing the band's tradition of starting an album with one of their heaviest songs, "The Termination Proclamation" has probably much busier guitar complexity than many other Nevermore songs, with some fancy ideas from the band's guitar hero Jeff Loomis. It is one of the most compact shred oriented songs to be unleashed to the mainstream, even more than recent Symphony X albums. "Your Poison Throne" is a crushing song but less agitated. "Moonrise (Through Mirrors of Death)" is another one of the heaviest songs in the album, and the intro riff reminds me of the one from "This Dying Soul" by Dream Theater.

"And the Maiden Spoke" is OK, but some of the lyrics there are a little silly. The next 3 tracks, "Emptiness Obstructed", "The Blue Marble and the New Soul", and "Without Morals" are the most accessible of this album. "Emptiness Obstructed" has memorable vocal lines. "The Blue Marble and the New Soul" is a slow ballad with both smooth acoustic and driving electric guitar playing. "Without Morals" is a great mid-tempo groove highlight, but the vocals are over-emphasized.

"The Day You Built the Wall" has some memorable but slightly creepy vocal layering. "She Comes in Colors" comes in gloomy balladry before the heaviness rolls in. And it all ends in brutal aggression with the title track, starting with an intro riff and shredding that sounds like a mix of the intros for "Nemesis" by Arch Enemy and "Needled 24/7" by Children of Bodom (two melodeath masters). But I can never hear those ending lyrics the same way ever again, "The drowning sage can't feed the silence, the firestorm can never be heard, these are my last....WORDS." Simply because, not including the bonus tracks, those are indeed the last words of this album, the band, and Warrel Dane in the band before his passing.

This is ultimately an album that has divided a good portion of Nevermore fans into two separate groups: One group is turned off by the sound being more accessible and less prominent in instrumentation, and the other group is filled with new listeners that made the band's mainstream route a good one and some older listeners who prefer their less dissonant material. The album has a good consistent feel, and many of the songs are also good despite not being instant classics. Definitely worth checking out but not as much as the previous few albums. Sadly, now that the band has split up, and Warrel Dane is gone, Nevermore is indeed nevermore..... RIP

Favorites: "The Termination Proclamation," "Emptiness Unobstructed," "Without Morals," "The Day You Built the Wall," "The Obsidian Conspiracy"

Where do I apply for my valuable time back?