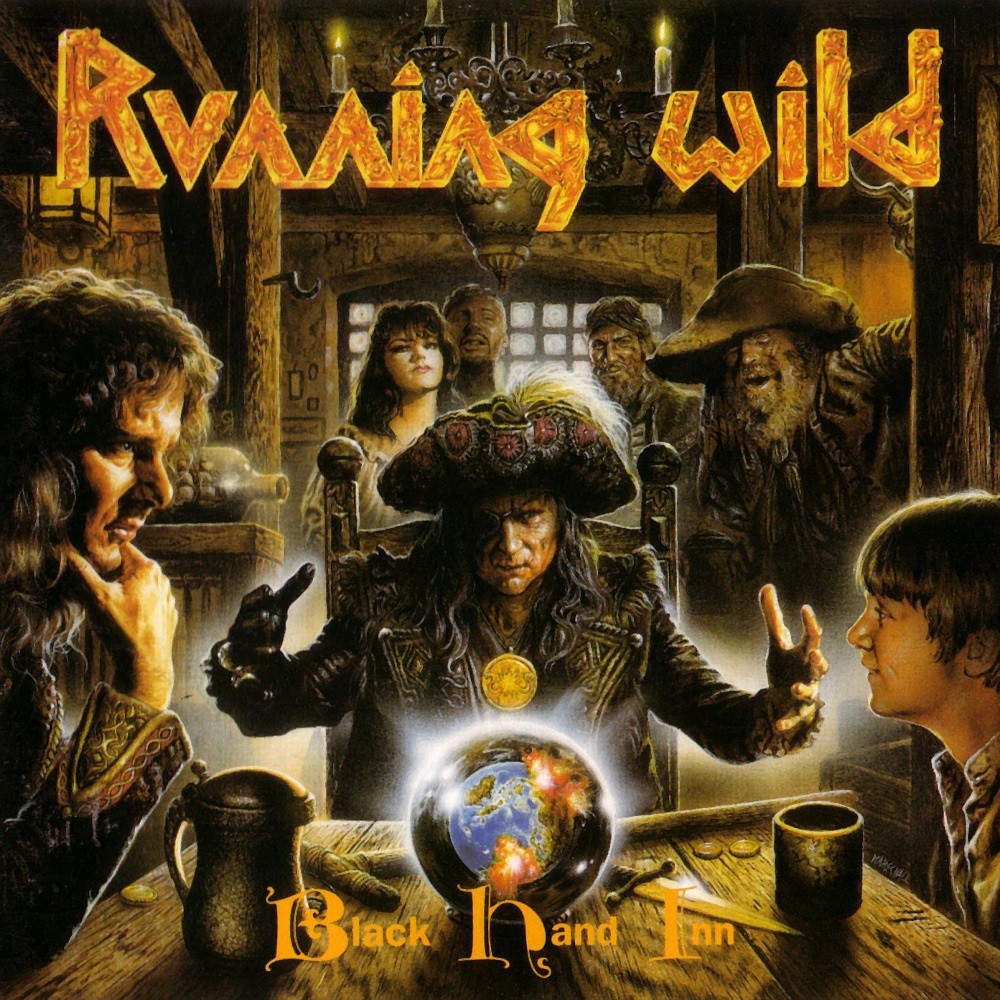 Don't be too scared of the 65 minute runtime.  It's worth it.  The title track pretty much tells you everything the album's about.  Extremely heavy work from the strings of Thilo Hermann and Rolf Kasparek work together to create a complete atmoshpere of brutality.  Honestly, Running Wild are responsible for some of the most brutal power metal in the world.  The whole album's sound encompasses everything about strength and power, regardless of the album's underdeveloped story.  Almost every song has a guitar riff worth practicing for every metalhead, as the instrumentation and melodies carry the energy through the song until you just wanna burst out and sing their songs to the world, especially on the faster-paced songs like "The Phantom of Black Hand Hill."  Very few songs capture the best of the Running Wild spirit like "Powder and Iron," which is probably one of my favorite Running Wild songs for its incredible riff.  Some are more focused on the independence of your average pirate crew (or even biker gang) and have a darker tone.  However, the album goes on with one essential trick up its sleeve, meaning diversity isn't exactly on their minds.  Add that to the 65-minute length, it means the album becomes a bit predictable.  The reason this is considered to be Running Wild's second best album behind Death or Glory is simple: no filler., despite the two-track mind.  Still, there are hardly any albums that jam as hard as Black Hand Inn.  You'll find a couple of favorite power metal songs on this if you love Running Wild, and I can imagine fans bickering over which songs are the best because the album's song quality is THAT consistent.  Even its fifteen minute ending epic keeps itself going strong just through raw energy.  Running Wild really did something special, and while it's worth noting that they're still essentially doing the same old thing, they still did that thing very well after eight albums.

Naysayers might have been claiming Metal was dead by 1994, but Running Wild were running strong and delivering cut after cut of rough, nautical Power Metal. Black Hand Inn was just another notch in their belts in consistently quality releases. This one is much faster than the previous Pile of Skulls, reclaiming more of their original Speed Metal influence and keeping with their developed brand of Heavy/Power Metal.

The songs are what you’d expect, a nice middle ground between aggressive German Heavy Metal and melodic Euro Power Metal. Most songs are speedy and soaring, but they’ve got room for slower fist pumpers as well. I prefer when they go full speed ahead, but that’s not to say the slower songs aren’t quality Heavy Metal.

The album is probably their longest yet, ending on a 15-minute epic. The length seems daunting, but every time I put it on, it flies by pretty quickly; a testament to the consistent quality throughout.