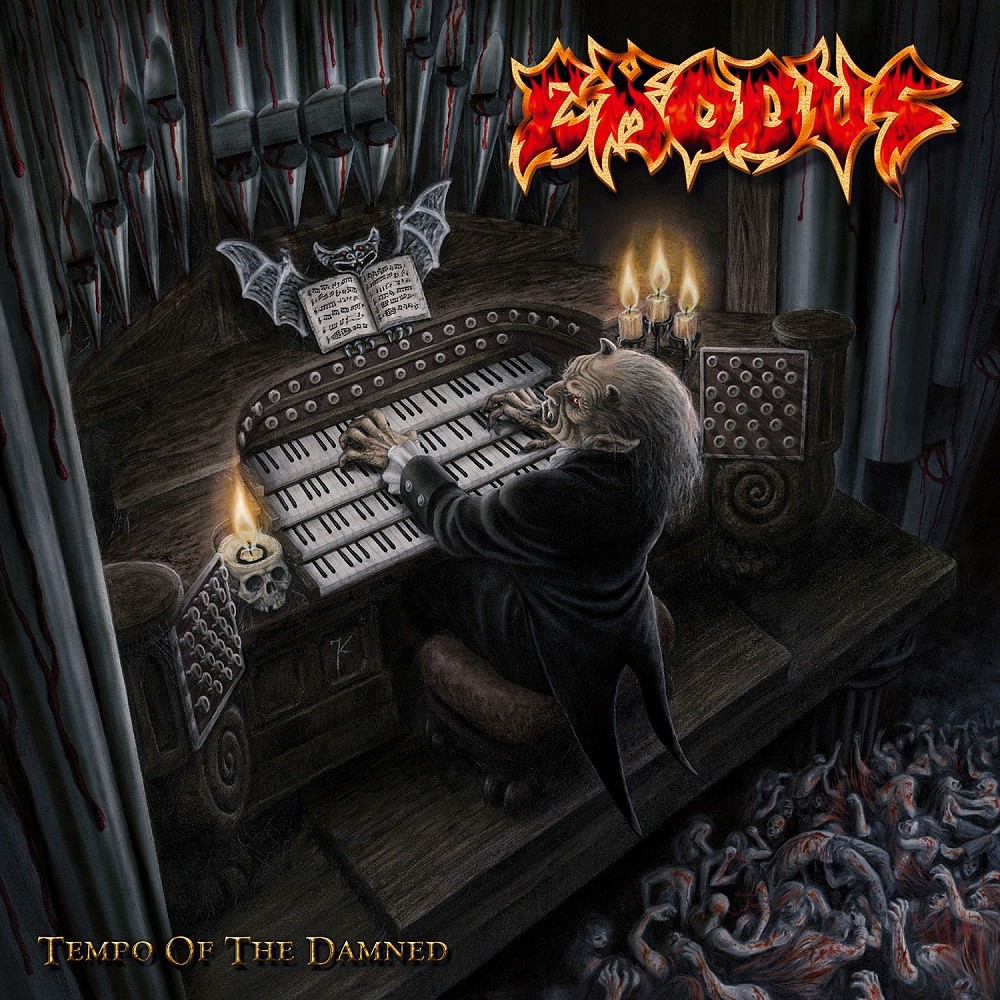 I was taking my sabbatical from metal when Exodus returned for their long-awaited & highly anticipated comeback album after twelve years in the musical wilderness but I made sure to check it out as soon as I returned five years later as by all accounts "Tempo Of the Damned" was somewhat of a minor classic & a definite return to form. I have to admit that the reality isn't quite as impressive as all that though & I think there's definitely a fair few people that got over-excited about the idea of Exodus returning to the studio in much the same way as they did about the lineup for Testament's "The Gathering" album. What we have here is a well produced & performed, meat-&-potatoes Exodus thrash metal record but it rarely leaves the impression of being particularly classic. In fact, there are a couple of tracks that I find to be pretty flat in the the revamp of the old Kirk Hammett-contributed number "Impaler" & the groove metal inspired "Shroud of Urine". That's not the only reference to groove metal either as it's not hard to pick up on the influence of Pantera in their idols' sound at several points across the tracklisting but my preference is definitely towards the thrashier material, particularly the mid-paced moshpit style stuff that the band grew up cutting their teeth on (see album highlight "Sealed With a Fist" for example). That classic Exodus guitar tone is certainly still going strong & it gives the riffs the sort of definition that only the Holt/Hunolt combination knows how. Their guitar solos are right on the money too & inevitably represent the high point of the more filler-oriented material. Steve Souza's vocals are positively gnarly at times & I really love it when he gets his attitude on. Unfortunately his screamier moments are pretty weak & unappealing though & I'd recommend that he sticks to what he does best in future rather than pushing himself so far outside of his limited comfort zone.

While "Tempo Of The Damned" is certainly gonna offer a fair bit of appeal for diehard thrash metal fans who crave the glory days of the mid-1980's & also possesses a little something for the early 90's groove metal crowd too, I just don't think it's on the same level as a record like 1987's very solid Pleasures Of The Flesh", let alone genuine classics like "Bonded By Blood" or "Fabulous Disaster". It's a well-executed if inessential thrash record that will keep their existing fanbase salivating but is unlikely to convert an entirely new supporters.

For fans of Overkill, Testament & Metallica.