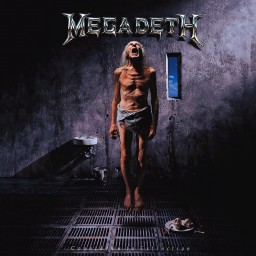 Hot off the heels of one of thrash metals most revered albums, 1990's 'Rust in Peace', Megadeth slowly started to inch away from the subgenre that they helped to establish, and adapted a more stripped-down radio-friendly approach to their sound. Whether it was a step to ensure their survival amidst shifting musical trends, the next logical progression in the bands own evolution, or a shameless parallel to Dave Mustaine's former bandmates in Metallica, it was a change that ensured that Megadeth would remain one of the prominent names in heavy metal.

Changes aside, this is still instantly recognisable Megadeth, with Dave Mustaine's familiarly distinctive vocals, Marty Friedman's sleek and exotic guitar solos and the solid rhythm work of bassist David Ellefson and drummer Nick Menza. The compositions may have slowed down a notch in favour of more coherent songwriting and more traditional arrangements, but it still sounds like Megadeth through and through.

The only problem is that the songs themselves are not overly memorable.

Sure, there's some absolute Megadeth classics here, such as 'Skin o' My Teeth', 'Symphony of Destruction', 'Sweating Bullets' and 'Foreclosure of a Dream', and there's some underrated hidden gems such as 'Psychotron' and the title track, but there's also some fairly blatant filler material. Songs like 'High Speed Dirt', 'This Was My Life' and a few others do absolutely nothing for me.

'Countdown to Extinction' is regarded as a classic, and in fairness, despite my opinion of it, I won't argue the case. But for me, it's nothing more than a good album. It's got some Megadeth highlights, but its abundance of lacklustre material makes it tough for me to choose this over some of the bands other releases. 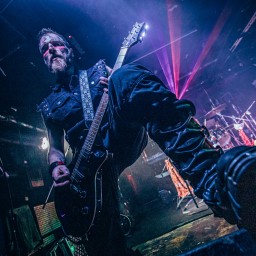 Seeing this fall under the Guardians clan on the MA site is an interesting take most certainly.  I think it retains enough thrash metal credentials to still please the regular Megadeth fan but I accept at the same time that there's a lot of straight up metal in here as well.  It most certainly is one of the clearest attempts by the group to be more accessible and commercially successful, with an overall sense that the aggression had been paired back and the edges of things polished more than we were used to.  This polish was clearly evident on Rust In Peace but it was more around being showy and technically proficient, not that these elements disappeared altogether on Countdown to Extinction but it is a marked step down in those stakes.

Retaining the services of both Menza on drums and Friedman on guitars was a positive step at least and offered some stability but I think we were all waiting for the next level of wizardry and complexity that we were shown on Rust In Peace (an album I will openly state to be overrated in my book) but instead we got a pretty plain old catalogue of riffs strung together through solid if not equally as plain structures, dusted with hooks galore though to hold the interest.

One of my favourite tracks on here is one of the least obvious ones in all honesty.  Foreclosure of a Dream isn't Mustaine and co. at their best but it is by far the most memorable beyond the usual suspects of Skin o' My Teeth, Symphony of Destruction and the title track.  It is also an album full of filler though unfortunately, with the final three tracks not really being necessary at all and are instantly forgettable.  I would also call out Sweating Bullets as being perhaps the worst track on the whole album.  It's off-kilter structure and almost "metal cabaret" delivery style are just a tad too bonkers even by Mustaine's standards.

I lost track of Megadeth after this record, not coming back around to them until 2009's Endgame which was a sort of combination of the bits of Rust In Peace that I liked coupled with the accessibility of Countdown to Extinction but also the overlong track listing to unfortunately.  What this album marks for me was the point in time I moved more towards Metallica and Slayer as my go to thrash bands, dropping this lighter Megadeth option.  I found Metallica's black album to be more thrashy than this and Slayer's Seasons in the Abyss to hold more menace despite both of these albums being the start of the more accessible eras of those bands.  Megadeth by comparison just went a tad too far, whether this was to out do Mustaine's old band I don't know but it didn't work for me.