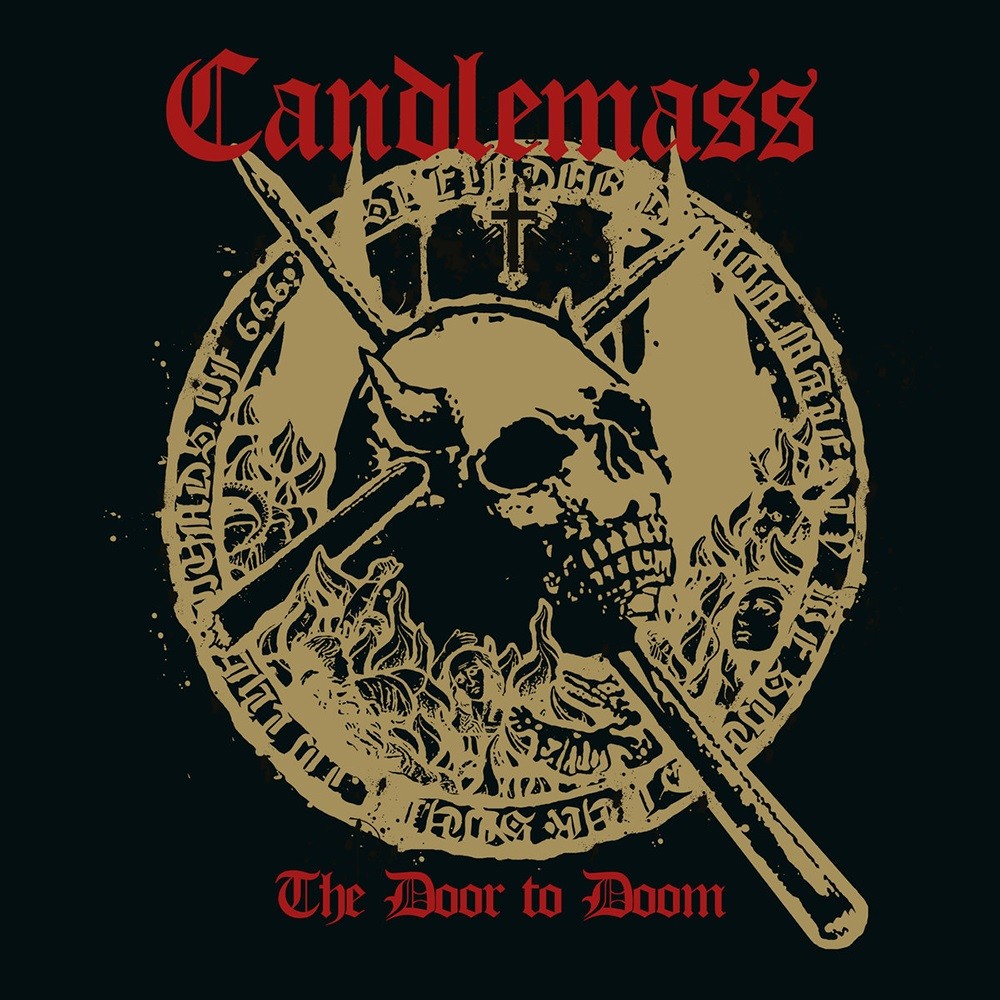 Candlemass 2019 are epic. I mean in terms of the sound at least. This plays more like an epic heavy metal record as opposed to a doom record. Yeah, the heavy drudging riffs are still there but there's a real sense sword-wielding, bicep popping warriors flanked by women in metal underwear sat on spiky horses type fantasy. Opening track "Splendor Demon Majesty" is an unashamedly dark opener full of occult promise that pulls of a perfect balance of menacing worship of evil deities whilst also pacing superbly to open the album strongly. Even the most doomy tracks here are still laden with such vocal stylings. "Astorolus - the Great Octopus" (great fucking song title) is an obvious choice here, even given Iommi's input it still doesn't stray to far away from the epic nature the song title and feels well balanced. It rumbles and rolls like a great Octopus would do assisted by some superb lead work along the way that stab through the menacing atmosphere. Likewise, the gallop of "Death's Wheel" drops down in pace to doomy depths for the chorus to become one of the nearest experiences to the 1986 debut heard on here.

Let's be honest though folks, this isn't "Epicus..." part two. Not that anyone really wanted that though, right? On its own, "The Door to Doom" stands up as a fantastic record for a band who haven't released anything notable since "Tales of Creation". It is not that recognisable as a Candlemass record though which will no doubt get the diehards moaning into their retro flares and skull effect candlestick holders whilst crying into their earthen drinking vessels full of mead. The only real reminders on here of the doom relationship is the fact that the record on the whole reminds me of a much better version of "13". As I sit listening to "Black Trinity" I hear so much similarity to numerous tracks from Sabbath's last full length that I had to look twice in the instrumental parts to make sure I didn't the library on shuffle.

That withstanding, "House of Doom" is a superb doomy romp with monumental riffage and pace and horror themed synths to build the atmosphere to boot. This was on the the EP of the same name from last year and is probably may favourite track on here certainly in terms of its authenticity to the Candlemass sound of old, chiming church bells ringing to fade as the track closes. If anything the record gets doomier the final 2 tracks. Check out the riffs on "The Omega Circle" if you still need your bed wetting from some punishing doom metal before the band signs off on a job well done.

There is only really two criticisms I can level at the record, one being the utterly pointless filler of "Bridge of the Blind", a crap ballad dropped in after just 3 tracks of excellence is just out of place both in terms of the timing of its placement and the marked difference in pace from the rest of the album. Secondly, too many tracks start the same way. There's about 3 or 4 that start with some slow picked strings and Languist crooning as an introduction to the tracks proper. It just gets old after the second or third time even though on each occasion the track is soon hit by an epic riff or stomping pace change,

Sadly, if it wasn't for the shit ballad this album would have afforded a higher rating as it makes very few bad steps along it's length. Buy it for the love of metal though, not just because it's Candlemass.