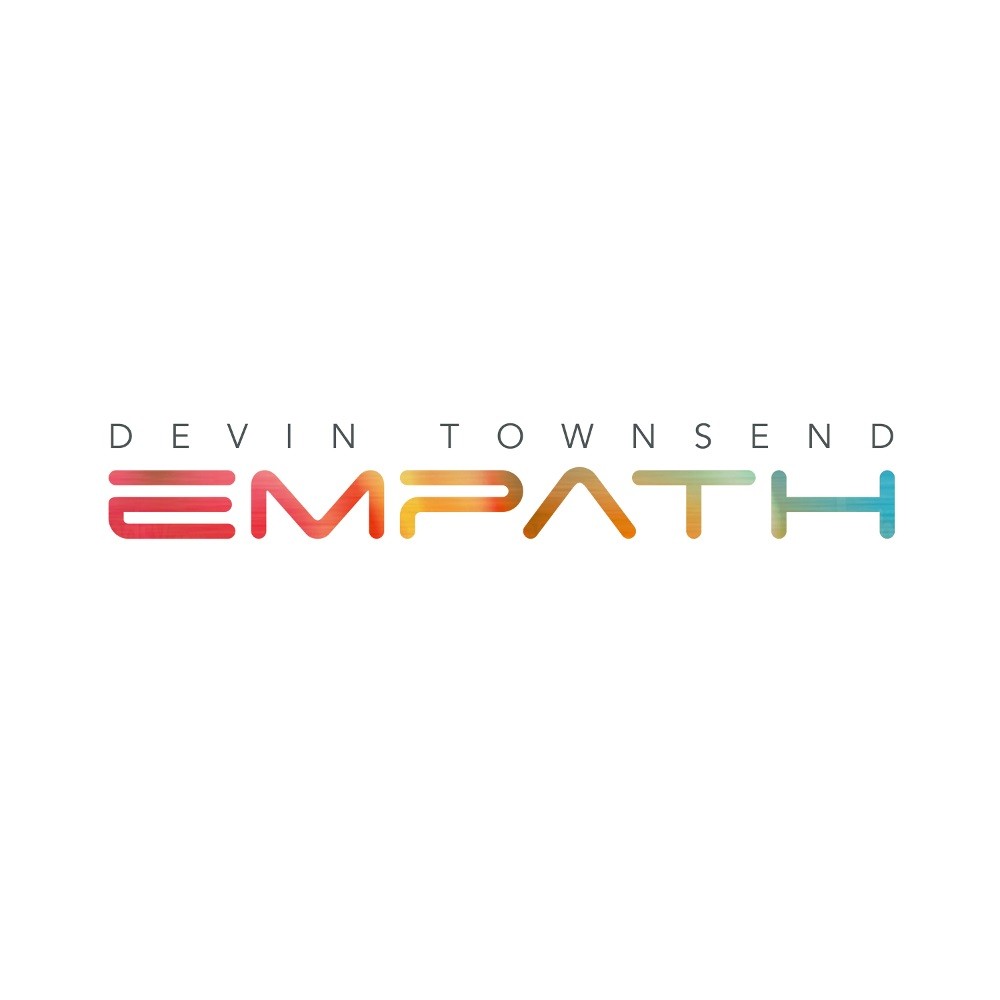 Well, this is long overdue!

Devin Townsend has always been an enigma when it comes to progressive music in which you never know what you are going to get. Sure, he has his main project (the Devin Townsend Project that is), but whenever Townsend decides to release a project under his name alone, the results can be alarming. Take the album Casualties of Cool from 2014, a pivot into alternative country that was among the best albums of that year, period.

So I had zero expectations going into this new album Empath, expecting it to be a hot mess through the early press suggesting that this album was a collection of all of Townsend’s influences.

Well… this album sure is something. Okay, let me rephrase that. I think that this album is certainly a good album with a lot of unique ideas and themes that only a person like Devin Townsend could possibly pull off. However, I don’t feel this album resonating the same way with me as Casualties of Cool or Ziltoid.

And to discuss why, we have to discuss the albums structure. Because every single one of these songs, with the exception of “Genesis” perhaps, could be standout tracks on a more focused Townsend album. But here, they just feel like a hodgepodge of different ideas and themes that have been written at some point over DT’s extensive music career, and they decided to just throw them all together and see what would happen.

As a result, this album suffers from some wicked whiplash effects. Going from the insane heaviness of “Hear Me” to “Why?”, a piece that sounds like it was written specifically for musical theatre, is one of the most jarring changes of pace I have heard in a long time. Furthermore, “Why?” goes into “Borderlands”, which sounds like a more traditional DTP song with its chorus that sandwiches an extended, atmospheric bridge.

Then you have the closing track “Singularity”, a twenty-three and a half minute epic that has been paying a lot of attention to Dream Theater with tracks like “Illumination Theory” and “Six Degrees Of Inner Turbulence”. This tune also suffers from the whiplash effect. “There Be Monsters” into “Curious Gods” is a bizarre transition that is never fully realized, as the latter isn’t much of a section anyway and serves as more of an interlude.

With all that being said, I still do like “Singularity” as a complete work. “Curious Gods” does not decrease the quality on its own. Same with “Hear Me”. Just because it is preceded and followed by two drastically different moods, the track itself is phenomenal; Anneke Van Giersbergen sings on the verses and it is a breath of fresh air, and the chorus uses major harmonies, which are both a change of pace before the seemingly nonstop assault that happens during the bridge. It is easily one of Townsend’s heaviest tunes that he has ever recorded and may turn away even longtime Townsend fans.

“Spirits Will Collide” is a great tune where Devin Townsend and the choir alternate between verse and chorus singing, while the bridge alternates between major and minor chords. “Sprite” is one of the more structured songs on the album and leaves the listener with a sense of normalcy from Townsend before throwing that all in the garbage on “Hear Me”. “Why?”, as already discussed, is steeped in musical theatre and, with the exception of the growled vocals, Townsend’s delivery is incredible.

Speaking of unusual noises, this album contains crying babies, cats meowing and rasta horns as some of the more bizarre moments from the record. You also get steel drums and saxophone once in a while. Che Aimee Dorval shows up on “Genesis”, while Steve Vai plays guitar on “Singularity”. Apparently Chad Kroger also makes an appearance on “Hear Me” but, ironically, I couldn’t hear him over the vast number of vocal layers that Townsend placed over his own voice.

Now from a production standpoint, we find my biggest issue. I already mentioned the structure and the placement of these songs in their order. But a big problem that I have with this album is the lack of a foundation. Take the song “Hear Me” or even “Genesis”. During the heavier sections, there needs to be a prominent bass to make the song feel like it’s going somewhere. With these two tracks, the lack of a prominent bass line make these songs groove less than they really should. Instead, these tunes lack any backbone.

But as a whole, look I don’t really know what there even is to say at this point. Devin Townsend has been making music now for the better part of the last two decades and nobody knows what madness he will think of next. Most people will eat this up because of its quirkiness of changing styles on a dime, but what I see is simply a misguided project. Again, not a bad project by any stretch, but these tracks would be better served on an album that was more guided in the direction of the styles that Townsend was trying to portray. Throw in on top of that some underwhelming production and you have an album that is good, but should have been so much better.

Empath seems to be the beginning of another era for Devin Townsend, with his name alone replacing Devin Townsend Project as the artist for the first time since Ziltoid the Omniscient. Devin also funded the release of Empath out of his own pocket, making this album a somewhat risky business venture considered what's packed inside of it. This setup gave Devin exactly what he was looking for at the time: full creative freedom. As someone who wasn't too much of a fan of Transcendence, Z², or Epicloud, I can see why Devin wanted to break the shackles and let his somewhat eccentric mind run wild. Emapath is the brand of material that can only come from someone like Devin Townsend, who is remarkably musical but has had to suffer through mental hardships as well. In a lot of ways, Empath succeeds in showcasing and celebrating those hardships by leaving any ounce of caution at the door and delivering an album that is pure, unbridled insanity.

The theme of Empath is that there is no theme. Is that a cheesy subject? Absolutely, but it's what Empath excels at. The genre defying randomness of the entire record is an experience in itself, with the first real track "Genesis" hardly sticking to one musical idea for more than 4 measures. It's an assault on the senses, with dozens of different instruments and sound effects blaring into your ears with Devin's "signature" brick-wall mixing and production that has been present on his albums for the past few years. The lunacy of Empath's scope, which combines orchestra, choir, a full metal band, and any other sort of noise imaginable, is all fused into a wall of impenetrable sound can be daunting and off-putting. All of these nonsensical twists and turns, as jarring as they can be, create this absurd but captivating experience that is unapologetic in expressing Devin's inner machinations.

It would be impossible to truly discuss Empath without diving into the man himself, as his past and personality sheds quite a bit of light on kind of project that Empath is. Although I've only seen him live once, his personality is true to all the descriptions of being corny, eccentric, and passionate. With a little digging into his personal issues mentioned in interviews, the fact that he has been diagnosed as bipolar quickly surfaces and suddenly Empath begins to become more than just a random wall of noise. When Devin had first began his solo excursions, Biomech had been released alongside Strapping Young Lad's City, showing two polar opposites of his music. Twenty-two years later, Devin has taken his two musical personalities and smashed them together with zero remorse, leaving a chaotic but highly personable product behind. It took me quite a few listens, but Empath finally started to click when I realized that I was musically experiencing Devin Townsend's mid-life crisis. Sure, a lot of the lyrics may be overused and clichéd, but that's very much who Devin is, and a lot of the issues posed by Empath made me think about my own life in a very clichéd way.

Empath rips you from your sedentary island paradise with the realization that the hardships and monsters of life are how you create yourself. Once you start creating that life, can you pick yourself back up from hardship? Do you deserve the life that you have, or have you somehow lost yourself in the process? Through all the chaos of Empath's composition, Devin's struggle became a way for me to reflect on my own experiences and where I'm currently standing in my life, which is a very powerful affair for me.

Let Empath take you wherever it chooses and it undoubtedly becomes greater than a random jumble of genres and jarring transitions. The instrumentation is spot on, especially the drumming in "Hear Me" and "Singularity", and the sheer amount of content packed into each layer of the crammed mix ensures replay-ability. It's definitely not for everyone, but if it clicks, Empath is one of the most powerful progressive metal albums out there, living up to its name of being able to deliver all kinds of emotions and feelings to the listener if they're susceptible to receive them. I can't say what this release means for Devin Townsend going forward, but it was incredible to derive Empath's meaning to me as well as its meaning for Devin.