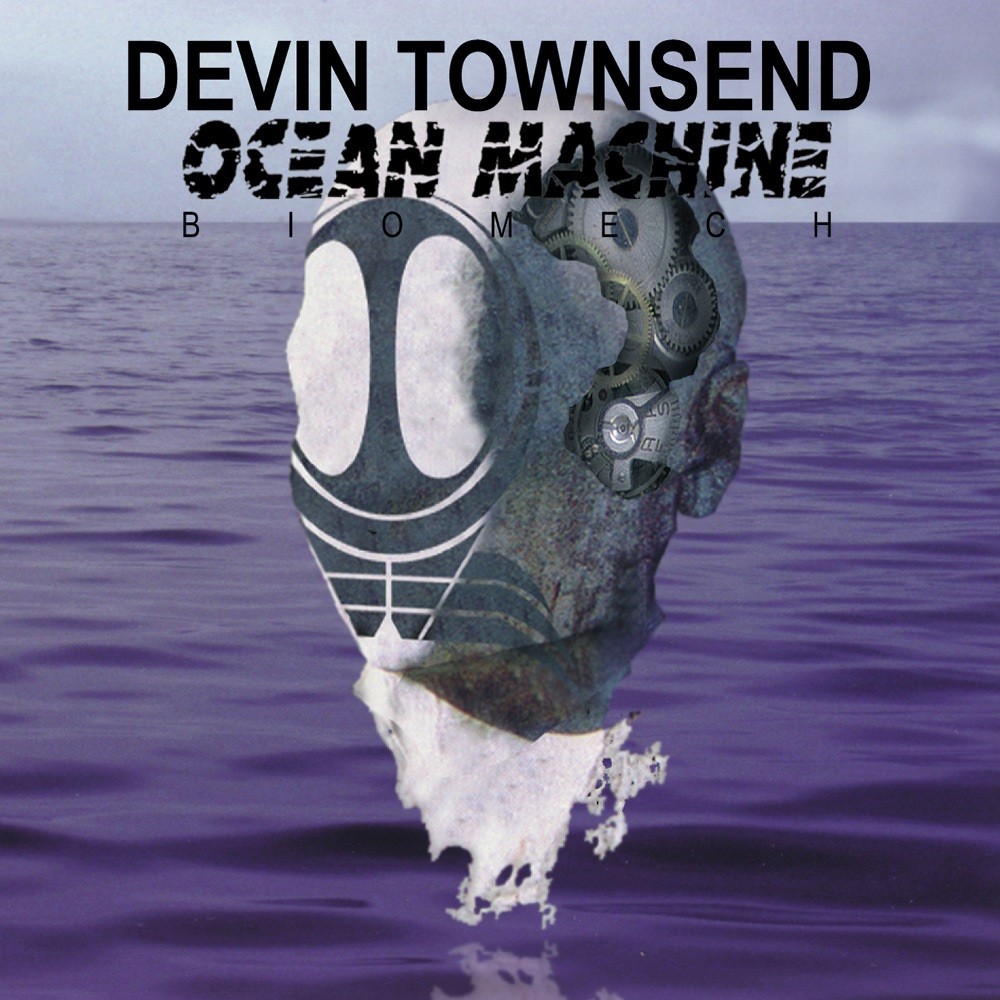 Metal can take many, many forms. It's that particular aspect of the genre that always keeps me coming back for more, with any sort of burnout hardly surfacing whatsoever due to its never ending variety and ability to capture so many different kinds of emotions. However, happy and hopeful aren't two emotions that normally find themselves swimming around in the vast Metal ocean amidst all the death and despair. But that's something that Devin Townsend seemed to want to change when embarking on his solo career, separating himself from Strapping Young Lad's industrial anger. Biomech was released a mere six months after Strapping Young Lad released their breakout and now classic album City, and the two albums couldn't be any less similar despite sharing a few synth settings. City is a white-knuckled, aggressive ball of fire whereas Biomech is a comfy, introspective journey across vast landscapes. Any sort of research about the musician that Devin Townsend is shows how pertinent the distinct differences between these two albums are considering he struggled with bipolar disorder around the time of recording this album. Even though I enjoy City quite a bit, the more progressive and soothing nature of Devin's solo projects have always captivated me more, especially with the release of Empath in 2019. It was only after replaying Empath into the ground that I sought out what Devin was doing at the beginning of his career and I wasn't disappointed in the slightest.

After listening to so much modern Devin Townsend it was jarring to go back to a slightly simpler time when his production and vocal style weren't completely and utterly over the top yet. In many ways it's a primitive version of his subsequent works like Terria, but I think it has more character and is much more compelling since it's still extremely polished in its riffing, layering, and album progression. It lacks a lot of the things that Devin would be known for in his more modern albums like his operatic singing and overly dense walls of sound, but that's mostly for the better. It's more subdued in ways that make the songwriting and riffs more memorable and emotional, rather than being lost within the fifty layers of effects that are all too common in most modern Devin Townsend albums. Biomech feels like a more pure and artistic look into Devin's music rather than the more generic Terria or Addicted.

Devin has gone on quite a few videos saying that he doesn't necessarily write a whole lot of riffs given his predisposition to write heavily layered melodies laced with tons of effects, but Biomech has more than enough heavy hitting ones despite them being relatively simple on the whole. "Regulator" has one of the best transitions from "Greetings" into an insanely heavy Progressive Metal chugfest that I never seem to get tired of. The background synth is interwoven in a way that seriously elevates the simple chug rhythm into an insanely catchy highlight to cap off the front side of the album. The rest of the first half isn't without other highlights though, with "Seventh Wave" having an opening riff that immediately grabs the listener's attention and properly sets up the rest of the album with the airy sounding background effects mixing with the heavy riffing. "Life", "Night", and "Hide Nowhere" each have their own riff hooks that never get lost behind the wall of sound Biomech creates, resulting in big, memorable moments that make some of the slower, more atmospheric parts worth the runtime. Although "Sister", "3 A.M.", and "Greetings" showcase the more experimental side of Biomech with their soothing soundscapes, they're broken up with fantastic riffs from "Voices In The Fan" and "Regulator" without becoming overly long and drawn out. Plus, Biomech is able to maintain a very consistent theme throughout the entire album, which is a massive shift from something like Empath which is absolutely all over the place.

Like many others, I've always enjoyed hearing Devin Townsend perform as a musician since he has such a massive range of skills he's able to employ, so at first it came as a surprise to me that he's fairly subdued overall on Biomech. Nowadays Devin is known for his varied vocals that shift from screaming to operatic in a blink of an eye, but there's very little of that throughout this album. Devin's vocal talents are still on full display, but in a very different way and in a very different range. His vocal performance is more akin to Strapping Young Lad without the full-on harsh vocals he employs on City, being more aggressive and raspy than his later works, but he's pushed back in the mixing so much that he becomes one with the atmosphere of the song rather than completely cutting through, even on songs like "Bastard" where his vocals are the pure focal point. Although Devin's performance doesn't reach the mind boggling heights of some of his more famous vocal performances like "Kingdom" or "Deadhead", it's able to work well within the context of the album regardless of whether he fully flexes his vocal muscles or not.

I'll be the first to admit that "Seventh Wave" through "Regulator" is some of my favorite Progressive Metal of all time, but Biomech starts to lose a bit of its luster when it gets to its second half, consisting of the longer tracks "Funeral", "Bastard", "Death Of Music", and the iffy closer "Things Beyond Things". Whereas the first half of the album is a nice blend of thematical effects, heavy riffs, and memorable choruses, the second half is a bit more drawn out and monotonous while trying to match the same sort of theme. "Funeral" and "Bastard" have a similar premise of having an overly repeated riff with a gradual progression to a massive, layered, heavenly sounding climax towards the end. These tracks are where Devin's vocals carry a ton of weight, considering they're pretty much the only thing moving the compositions forward, especially on "Bastard" with his nicely emotional and aggressive tone during the choruses. While these tracks can get a bit dull compared to the first half of the album, I think they serve their purpose as a progression of the album as a whole very well, since the atmospheric interludes are now included as part of the overall song rather than just being a transitional period. What I do have an issue with, though, is "Death Of Music". No matter how many times I try and get into the idea of this track, it just bounces straight off of me and I end up feeling like I wasted 12 minutes at the end of one of my favorite Progressive Metal releases of all time. The eerie voices and subdued, mechanical drum beats drone on and on until Devin eventually comes on and supplies a fantastic vocal performance that still doesn't save me from the boredom of this track. It makes "Things Beyond Things" especially awkward as a closing track as well, making it sound even more generic than it already is.

Despite the issues with the second half of the album, Biomech has stood the test of time as one of my favorite Progressive Metal releases and is easily one of my top Devin Townsend albums apart from Empath. The more I became acquainted with it the more I became personally attached to it, feeling like the overall atmosphere of the album was beginning to make sense to me. I said in the beginning of this review that Devin Townsend is one of the few artists to try and make Metal happy and uplifting, but to me there's sadness and anger lurking directly beneath the hopefulness. Biomech wants to be optimistic and jovial in its overall delivery, but to me its cynicism peeks out from under the surface, making this a deeply personal album that I've come to resonate with quite a bit. Despite the personal connection, though, Biomech is still a triumph of Progressive Metal that shows hints of the Devin-isms of the future, but keeps everything relatively grounded in a way that creates a hard-hitting Metal album while keeping hold of a thought-provoking overall theme.