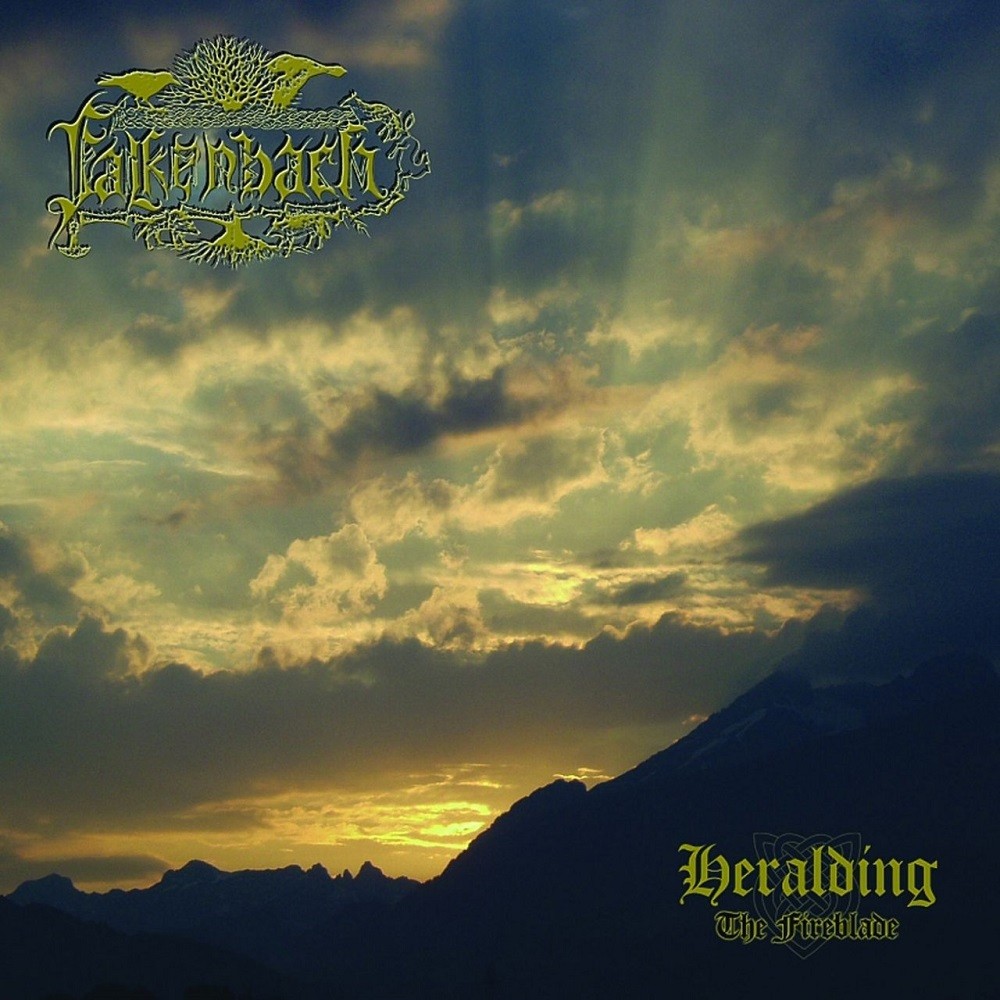 Falkenbach are a German based viking/black metal band and this album, Heralding: The Fireblade is the bands fourth studio album. Released in 2005, they were trying to create a modern version of the classic Bathory sound from the 1980s.

And having not heard this album prior to it being added to the featured release for June 2020, I thought it would be a good a time as any to dive in and see what we had on our hands. After all, I am a pretty big sucker for this brand of pagan black metal, complete with folk influences.

And what I ended up getting was a solid release from this group that does not leave me with a whole lot to say, but is a very great record, one that needs to be heard by many more ears.

To make up for the Bathory comparison at the beginning, while that is certainly a viable comparison to make, Falkenbach sound surprisingly more like the early stages of a band such as Enslaved, where the cold black metal elements are much more pronounced and the folk metal contributes more to the overall black metal sound, rather than being it's own separate entity.

And those elements are superb. I love folk/pagan elements incorporated into black metal and all I could think of while listening to this was the grandiose, enthralling sounds of Saor. The guitars have a brilliant texture that is wall of sound-esque, the incorporation of flutes, fiddles and horns as melodic counterpoint to the vocal melodies are wonderful, and while the bass part doesn't get nearly as much deviance from the rhythm guitar, the overall mixing sounds heavy and the low end is very strong. These tunes all have a powerful foundation, making them sound just as epic as the tales that are being told through the lyrics.

Toss in the fact that this album clocks in at a brief forty-one minutes, and it feels like it could have been elongated just a little bit longer, it should come as no surprise that I really enjoyed the heck out of this. Certainly a sleeper project, but one in which fans of the bombastic, epic nature of a Saor, Bathory or even early Enslaved should give a listen.