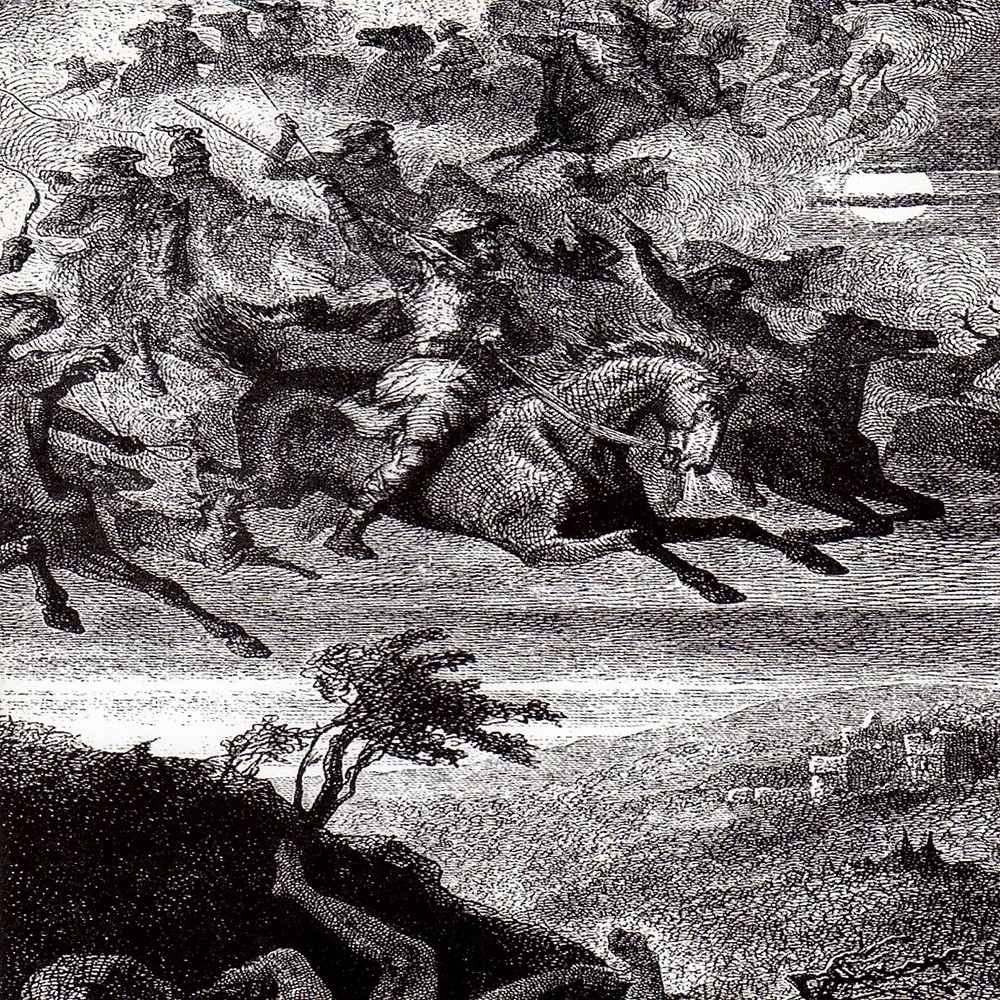 En Their Medh Riki Fara or: How I Learned to Stop Being Elitist and Love Viking Metal

I'd never listened to Falkenbach before giving this album a go. I'd come across the name many times over the years and noticed some great reviews but since I so often stuggle to enjoy bands listed as viking metal, despite enjoying black metal immensely, I figured they were unlikely to be my thing. I decided to get over my genre discrimination and delve into what this band was all about. My research told me that Falkenbach are in fact a one-man band, that man being German Markus Tuemmers (aka Vratyas Vakyas which means The Searching Wanderer in some language). The name Falkenbach itself means Runnel of the Falcons but none of this superfluous information really gave me much idea of what I was in store for after pressing play.

LISTEN ONE: My first listen didn't do much to alter my initial sceptical reservations as En Their Medh Riki Fara contains almost excruciatingly fluffy black metal complete with folk instrumentation and a rather buoyant atmosphere. My lip curled up in disgust at how lightweight Falkenbach's material is and I figured I'd be damning this album within a couple of listens. But as I turned my attention to other tasks (such as torturing small animals) while the album continued in the background, I caught myself on several occasions humming along to the melodies and my head would unconsciously nod along to the simple beats. Once I noticed my body's traitorous actions I would of course go back to scowling in repulsion, reminding myself that true black metal should be blasphemous and dark, and should certainly never be at all uplifting or happy as this clearly was. Thankfully I made it through the album with my pride reasonably intact and with only a few small instances of "soft" behaviour and immediately subjected myself to Deathspell Omega to wash the experience away with glorious elite black metal.

But deep down I was hurting. Some of the melodies kept popping back into my brain at the least opportune times. I'd be setting the local church on fire (again) or teaching the children in the park the virtues of worshipping Satan when that damn flute-accompanied section from Heathenpride would, completely uninvited, jump into my consciousness. I knew at some point I was going to have to listen to En Their Medh Riki Fara again and I was scared. What if I suffered a repeat episode of the first torturous experience!? Yet since I had committed myself to the cause and was nowhere near ready to review the album, I determinedly went back into my cave and pressed play once again.

LISTEN TWO AND BEYOND: I tried to hate this album. I really gave it my best shot! But I wasn't strong enough. It's not an amazing release that has caused me to throw out my Darkthrone and Mayhem collections and replace them with Moonsorrow and Ensiferum albums, but it is thoroughly entertaining stuff. The production isn't wonderful but it's clear enough and full enough for the numerous instruments to flourish. The black metal riffs and drumming are not particularly aggressive but are atmospheric and memorable which is all this music attempts to be. To be honest, I like some of these tracks (such as Galdralag and Lacknishendr) enough to give En Their Medh Riki Fara an even better rating than I have, but some of the others are just a bit less memorable and fall into repetitive patterns. I will undoubtedly spin this a few times in the future and I look forward to checking out the band's other albums, which is certainly not something I expected to feel just a few days ago. Satan may not approve, but then he has always been a rebel so surely, he'll understand.