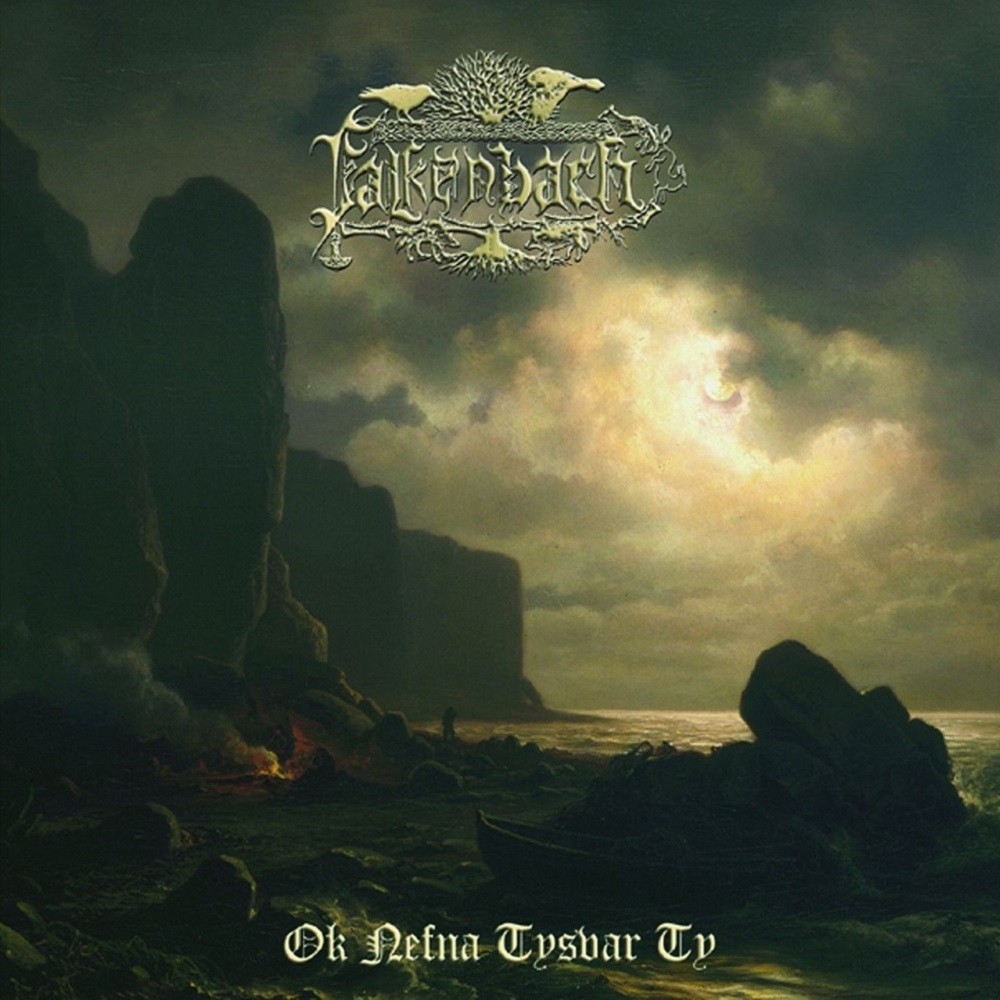 This is my second time diving into the world of Falkenbach and the subgenre of Viking Metal in more general terms. My first exposure was with this bands 2005 album Heralding and I really enjoyed what I heard; blending their unique folk traits alongside more traditional black metal tendencies.

So going back and looking at the bands previous album was exciting. I was anticipating seeing how the band got to their sound on that 2005 record. And what I ended up finding was... well it certainly isn't a bad record by any stretch; quite the contrary, actually. But this album feels far more simplistic than what would come later.

And perhaps that was apart of the bands appeal and purpose for the album. After all, this is Viking Metal. The Vikings are most notable as Norse legends and their journeys across the Atlantic Ocean with names like Erik the Red. And if you took away all of the metal indicators on this album, it pretty much sounds like re-imaginings of the sea songs that those Norse legends may have sung while traversing the heavy waters of the Atlantic. "Aduatuza", "Donar's Oak", and especially "Homeward Shore" fit in quite well with what Falkenbach is trying to envision.

That being said, there are problems. For one, the black metal elements are seemingly lacking in comparison to subsequent albums. Now this is a unjust problem to have; comparing records to albums that came later, but it does make the songs a lot less interesting. It seems like after the song "...As Long as Winds Will Blow", OK Nefna Tysvar Ty goes into a very comfortable sound, and does not venture away from it the rest of the albums duration. It can make an album that is relatively short, feel like its running long; not a good problem to have.

I also have concerns with the production. For one, the guitars are very simplistic, which is not a problem on its own. I actually quite enjoy the simple power chords anchoring simple one note vocal melodies. But the instrumental breaks are very hit or miss. Songs like "Donar's Oak" have flute's to carry a melody, but "Aduatuza" does not and it feels more like an extended jam rather than anything musically connected. And by the way, I will never understand why rock/metal bands use acoustic guitars as melodic instruments in front of electric power chords. The main melody in the acoustic is almost always drowned out and I question why it was even included on "Homeward Shore" at all, even if I do like the tempo changes and transitions on that tune in particular.

As it stands, OK Nefna Tysvar Ty is a strong effort by Falkenbach to recreate the traditional Viking sound, but with modern metal tendencies. And I think they do a pretty good job of creating that atmosphere for the listener. But at the same time, there has been a lot of Folk Metal, including from Falkenbach, that is more experimental and hits with more intensity than this.

The horn that announces the opening of this album promises a traditional viking affair full of folk elements and historic melodies and this is in the main what Falkenbach deliver on Ok nefna tysvar ty.  Retaining a good balance of riffs and more traditional sounding folk instrumentation, Vratyas Vakyas delivers his one-man band show again covering all instruments and vocals over the seven tracks.  Undoubtedly a talented chap he weaves a simple and almost catchy sound that fills the room nicely as you progress through the album.

The main problem for me is the vocal delivery.  It is very monotonous and lacks any variety whatsoever.  As a result tracks pretty soon start to sound the same and I find my myself losing interest in most of the verses, with only the instrumentation to pull me back in when it takes front seat.  Now, I am not expecting death growls or black metal vocals at any point and I do understand the vocal style more than fits the aesthetic but it does bore me at times.

The saving grace as I mention is the instrumentation.  Whilst I don't profess to know every instrument on here I do recognise that I am listening to a skilled musician who can write endearing and memorable songs, embellishing intros with occasional drama and atmospherics to build the sense of storytelling nicely and provide some variety at least.  The album artwork compliments the music in this regard; there is an etherealness to the sound here yet also a sense of the epic as the artwork suggests.

Whilst I may not entirely get on with the album, I cannot dismiss it as being poor in all honesty, I just wanted a little more variety to it.  Perhaps in my less restless moments my opinion of the record would be even more positive but as it stands it's a solid 3 from me.