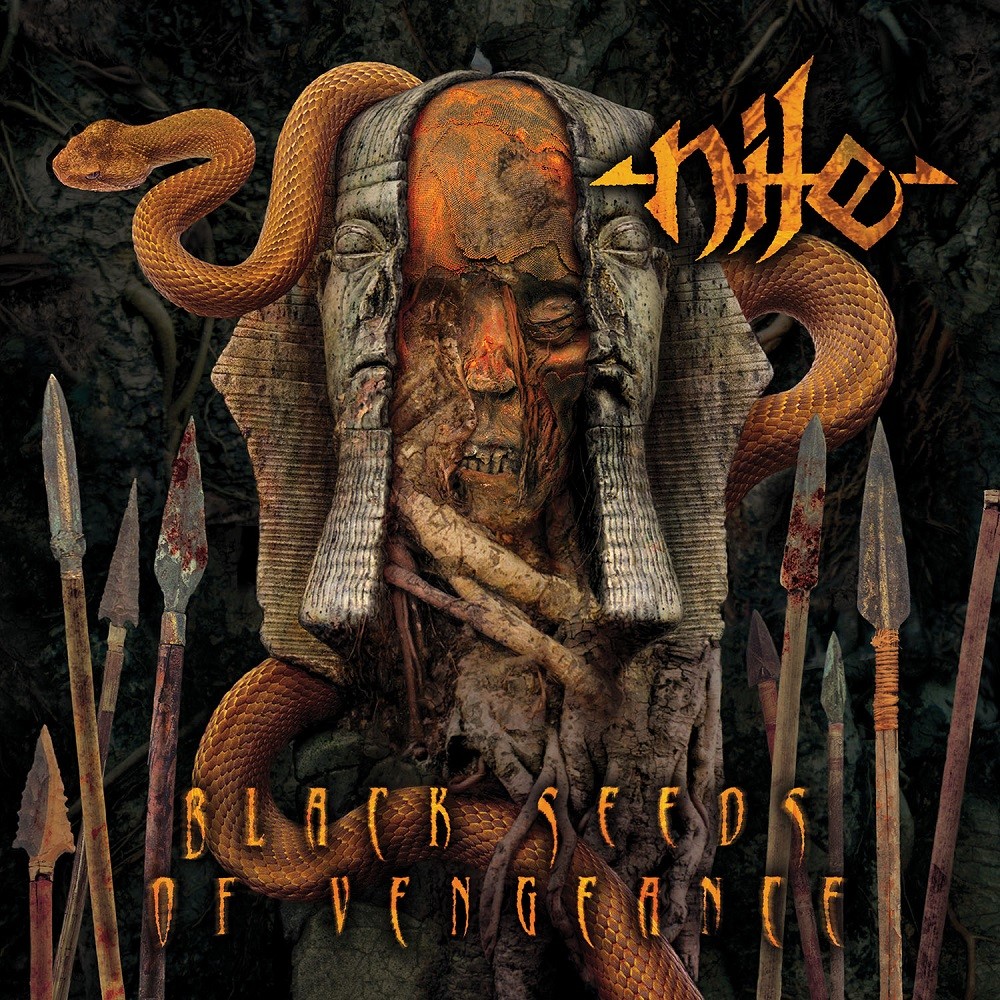 After my first "Black Seeds Of Vengeance" experience I was left fairly cold as I really didn't remember much of what had gone on. It just flew past in a blur of blasting. After another couple of listens I was better able to make a judgement but came away with as many negatives as positives. The album would certainly overpower 99% of the competition in intensity but I feel that a bit more variation in tempo would be more than welcome. I found the few slower periods to be very effective but they would disappear just when they had gotten going (see "The Balck Flame" for example). The musicianship is excellent throughout but the production is a bit muddy. I also find the repeated use of technical-for technicalities-sake dual guitar lines & drum rolls to be pretty wanky & do nothing for the atmosphere. The song structures were generally over-complicated which prevents me from really going nuts during the many impressive riffs. The Egyptian interludes are pretty good though I think the album kind've peters out at the end due to programming two of these pieces to close the album. I really think they would've been better off closing with a huge crushing blaster to end on a high. There is certainly some great stuff on here for fans of blasting death metal but there is better stuff out there.