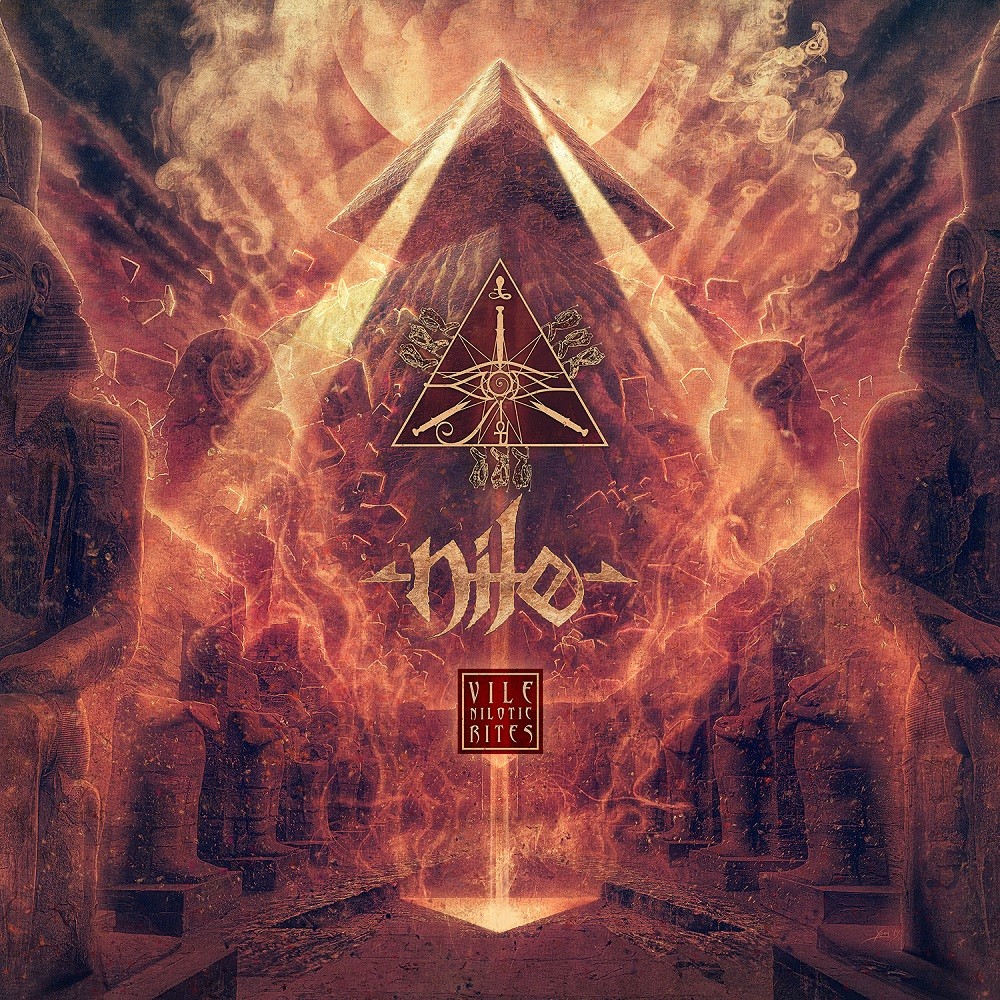 Since I don't listen to very much tech death, be sure to take my opinion with a massive grain of salt, but of the albums that I have heard in this vein over the last couple weeks, this is the one that sticks the most. It's pretty well produced (which is leaps and bounds ahead of any of its competition in 2019), and the ideas are still flowing from one track to the next. The album is still held back by many of my personal quips with the genre in general. It's scattered and it's played at such a blazing fast pace to attempt to hide the fact that many of these ideas are unfinished. I would still take this over Cattle Decapitation's Death Atlas, but it still doesn't sell me on the genre.

Four tracks into the new Nile album and I have hit the skip button three times already.  Not a good start.  What I have been searching for is some discernible sense of structure or form to proceedings and Seven Horns of War is the first sign of this.  Like the three tracks that precede it the structure doesn't last long.  It soon becomes a mish-mash of ideas that come across as hurriedly put together in a frenzy of songwriting.

Theatre aside, there really isn't a lot to focus on from a positive perspective here.  To say this record is disappointing is an understatement.  Yes there's the usual level of adroit string wizardry on show but it just feels almost out of place in the grand scheme of things because there's so much being applied, all at once on most tracks.  The aforementioned Seven Horns of War goes on and on for nearly nine minutes.  It has enough scope in terms of atmospherics to carry it for that long but there's so many layers applied over the top that it just gets confusing.

They can still get it right on occasion which is really frustrating.  That Which Is Forbidden is utterly monstrous.  It encapsulates the Nile we all know and love, changing pace sensibly to deliver impact and memorability.  It weighs the ingredients of virtuosic guitar work and full on blastbeat assault perfectly.  Conversely, Snake Pit Mating Frenzy just sounds clumsy and amateur.

On more than one occasion the record strays into an almost blasting for blasting's sake territory and it just gets dull because it seems so poorly thought out, like the band were a little short on ideas.

Where Is The Wrathful Sky asks track nine and by this point I was asking "where's my copy of Annihilation..."!  Soulfly/Sepultura like tribal musings seep into the track from nowhere and then disappear just as quick like you've driven through a flux in the radio stations and they have crossed over briefly.  I for one am completly tuned out by the time The Imperishable Stars Are Sickened starts.  There's enough references to old Nile in here, they are just not developed to any optimum level to make this stand apart from most offerings from other random death metal bands out there nowadays.