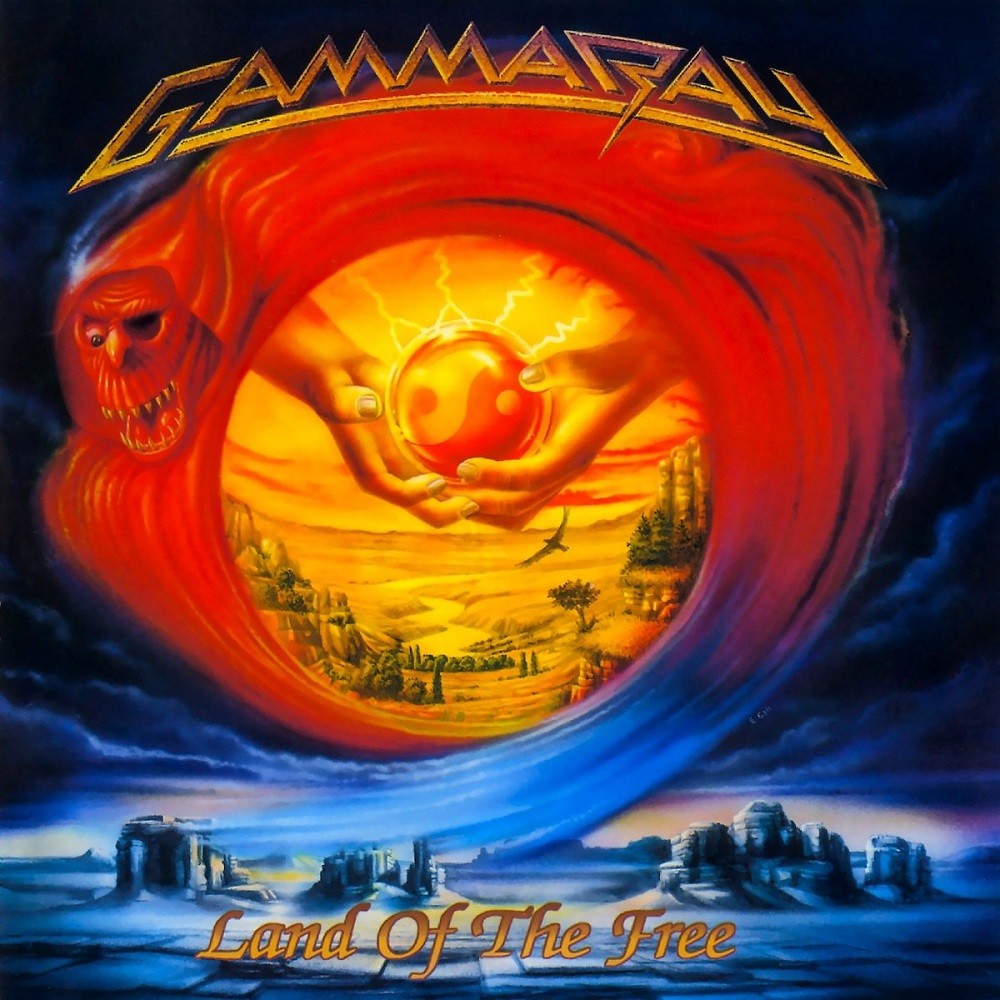 The European brand of power metal & I have had a particularly rocky relationship over the years. There are elements of most of the classic releases that I find appealing but (with the exception of one or two bands) they’re generally squashed by a whole crap-tonne of cheese. However since the Metal Academy podcast reached the 1985 period three or four years ago I’ve been making a lot more of an effort to give the more highly regarded power metal records a bit more time & attention in the hope that I’ll finally be converted & I have to admit that, even though I’ve had mixed results to date, I’ve been pleasantly surprised to find that I can actually stomach a lot more releases than I would have previously thought. One of those releases was our December feature release for The Guardians clan in Gamma Ray’s 2000 “Blast From The Past” double album which offered enough appeal to me to overcome some of the more dairy rich content. I was particularly keen on the material that took more of a traditional heavy metal approach as the band really managed to pull off a few stellar Judas Priest imitations. So this left me thinking… is it time to revisit Gamma Ray’s classic 1995 album “Land Of The Free” to see if I’d been too harsh on it in the past? Or perhaps my taste has now broadened enough to cope with the elements that were previously deal breakers for me? Time would tell but it’s worth noting that I started with a 2.5 star rating from way back in the day.

The first thing I noticed when revisiting “Land Of The Free” was the excellent production & musicianship on display. I mean Gamma Ray were clearly a well qualified & established group of musicians by that stage & you can hear it pretty easily here. The dual guitar attack were particularly impressive & their lead solos represent many of the highlight moments across the tracklisting. It’s also worth noting that front man Kai Hansen’s vocal delivery had improved remarkably since his time in Helloween & I especially enjoy the parts where he draws his inspiration from Judas Priest front man Rob Halford. No doubt he’d get better at that over the coming years too.

It has to be said that Gamma Ray’s sound was metal as fuck on this record. In fact, “Land Of The Free” really is a glorification of everything it means to be metal. Much like “Blast From The Past”, there are a few tracks that crossover into your more traditional heavy metal territory & there was a sense of inevitability about the fact that my favourite numbers generally line up with the moments when the power metal-ometer displays its lower readings. Given my strong penchant for the more extreme end of metal, I’ve always found the European power metal that’s built around a speed metal backbone to be less appealing than that which leans more towards your Priests & Maidens. I think it’s got to do with the simplicity of the faster tremolo-picked backing & the noticeable lack of riffs to an extent but those sort of tracks also tend to favour your more uplifting & cheesy choruses which are really the big elephant in the room whenever I’m sitting down for a power metal session.

“Land Of The Free” opens & closes with its strongest material in my opinion with the epic nine minute opener “Rebellion In Dreamland” seeing Gamma Ray kicking off with their biggest gun. Unfortunately though, that early promise doesn’t lead to an album of consistent merit (at least not for me personally) & I was disappointed to find that my improved tolerance for power metal hasn’t in turn seen me finding this record to be much less of a struggle than I found it to be previously. The faster speed metal driven tracks fit very comfortably under the description in the last paragraph & I almost invariably find their choruses to be pretty hard going. The chorus from “Time To break Free” sounds like it was stolen from a poppy country & western hit for God’s sakes while the ballad “Farewell” lays the cheese on in thick slices that see my stomach struggling with lactose intolerance. “All Of The Damned” is a pretty decent number & so is the thirty-nine seconds of “The Saviour” however there wasn’t really much else here to interest me besides the two bookends, despite there not being any real garbage on offer.

Ultimately it just comes down to taste though to be honest. I can easily see why power metal fans hold “Land Of The Free” in such high regard as it’s extremely well written & executed but I can’t see a time when I’ll be able to accept some of the elements at play here. There’s merit in most of this material however too much of it is tainted by obvious attempts to sound epic or simplistic gang-vocal led melodic chorus hooks. I did quite like the “Blast From The Past” double album though so perhaps all is not lost with Gamma Ray yet & a little persistence may see me being rewarded in other parts of their back catalogue.