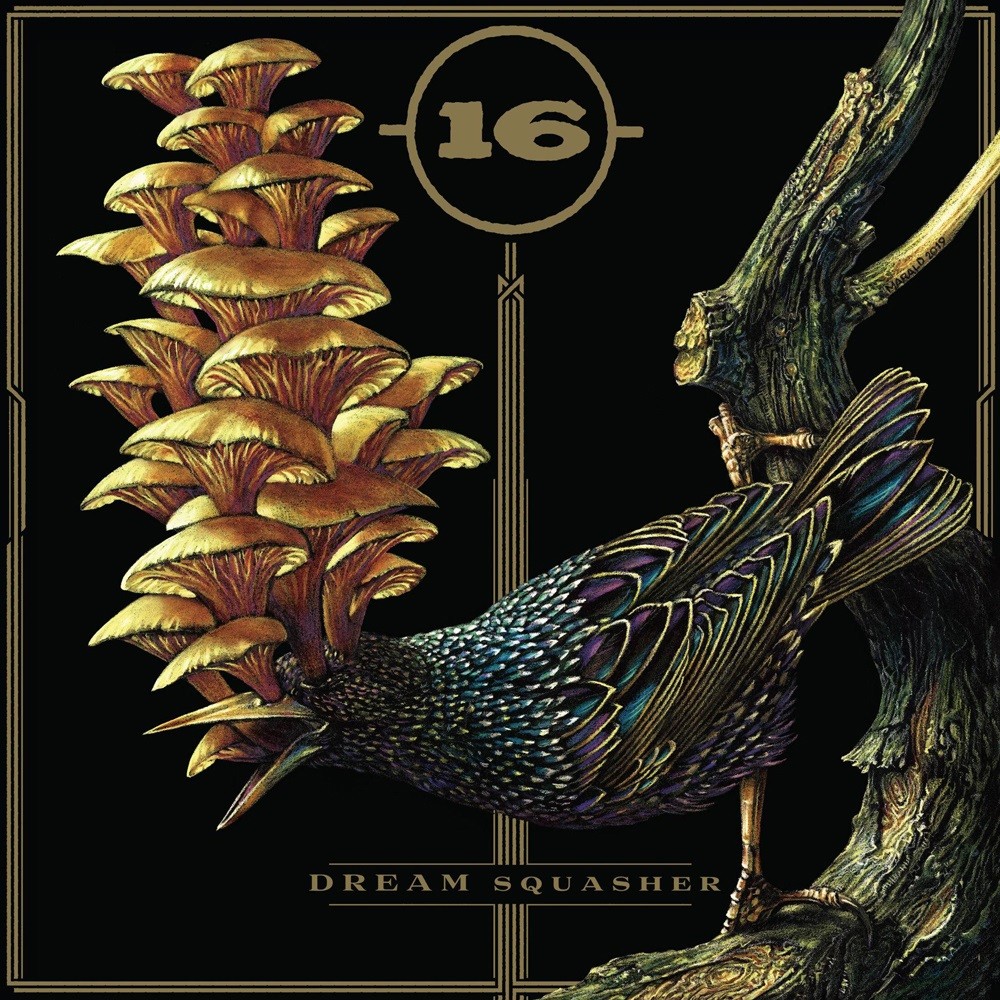 As -(16)- close in on thirty years of existence, they sound as pissed off as ever. This isn't the mere grumblings of grumpy old men, but the savage apoplexy of true rage at the state of things. The band's more veteran status has allowed their anger to become more focussed, no longer is this the general adolescent rage of bored and pissed-off teenagers, this is well-targeted, venomous exasperation. Musically this is loud and heavy down-tuned sludge riffs wrapped up in hardcore punk attitude and raging anger - anger at others (Harvester of Fabrication, Kissing The Choir Boy), anger at self (Agora (Killed by a Mountain Lion), Acid Tongue) and anger at the world in general ( Screw Unto Others). When trying to explain that the band attempted to inject some positivity into the album, guitarist and vocalist Bobby Ferry said "The best we could come up with is loving your dog so much, you'd end up killing yourself if the dog dies." Yet despite Ferry's claim, there is a sliver of positivity, particularly on Candy in Spanish and Summer of '96 where the lyrics refer to the hope that a broken man's children can give him and his wish for a better life for them, although even this is tinged with regret for his own desperate existence.
So, even though the album is almightily heavy and raw, seething with barely contained rage, it is also conversely quite an emotional experience, especially if you can identify with any of the lyrical themes, that may leave you feeling drained.