What are you listening to now? : The Pit Edition 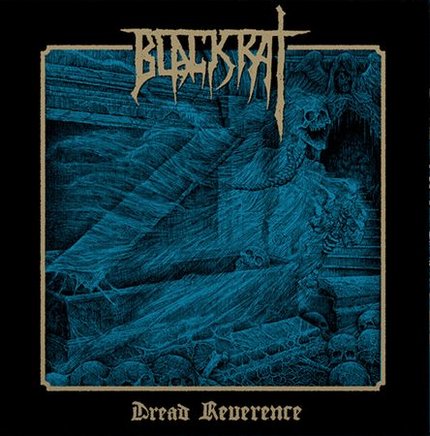 Crusty, blackened speed/thrash metal from Canada.  Fell onto my radar last year but couldn't remember why I rated them so much.  Listening through again lots of early Sodom style tracks with the "no fucks given" attitude of Midnight.  Thumping drums and barking riffs right here folks.

The third album from these Californian thrashers is generally regarded as their first genuine thrash record after their first two efforts owed just as much to traditional heavy metal but I have to say that I still hear a little more Queensryche-style heavy metal than thrash on this one. That's not necessarily a bad thing mind you as there's some excellent musicianship & some good thrashy riffage on offer. Unfortunately "Know Your Enemy" suffers from some dodgy song-writing though with a few tracks having subpar choruses that don't flow with the rest of the songs. They've also included a silly joke song at the end which is always a bad decision as far as I'm concerned. These flaws are a bit of a shame as there's enough quality on offer to see this release pushing for a higher score than has been achieved. In saying that though, I'd suggest that this was still Lååz Rockit's best work to the time. For fans of Metal Church, Queensryche & Overkill.

Raw & sophisticated Polish thrash metal with speed metal influences & an over the top raspy European vocal delivery for fans of KAT, Destruction & Coroner. In fact, this was the earliest Polish thrash release that I'm aware of & it makes an extremely good fist of it too. It has a clear Teutonic edge to it whilst also maintaining the classy execution of the US thrash sound. Turbo started as a more than decent hard rock band & I quite enjoyed their 1983 debut album "Dorosle dzieci" but this is not only a completely different kettle of fish but also a clear step up from that record.

I can personally attest to the fact that if you were an Aussie thrash fan in the late 80's & early 90's then Mortal Sin were likely a pretty fucking big deal for you. They were the support band for pretty much every international act that toured, they'd pack out the local metal clubs whenever they headlined & they were the inspiration for an entire generation of Aussie metal bands who grew up idolizing them, so it should be no surprise that I held them up on a pedestal as a young fella too. Their debut album "Mayhemic Destruction" represented the birth place of Australia thrash metal & is universally revered amongst those of us Sydney-based metalheads who were old enough to have been around to hear it within a few years of its release. Personally, I've always found it to be a fun listen that brings back a lot of fond memories but I'm also realistic about what it brings to the table from a musical point of view because Mortal Sin's brand of meat & potatoes thrash metal already sounded a little dated at the time of release. "Mayhemic Destruction" was very much a tribute to Metallica's "Kill 'Em All" with many of the tracks being obvious takes on popular early thrash anthems like "Seek & Destroy"  & "Phantom Lord" while Mat Maurer's vocal delivery is clearly trying to fill the exact same niche as James Hetfield did on those early releases too. But despite the lack of originality, the thing that gives Mortal Sin its appeal is the undeniable catchiness of the song-writing. Sure there are a couple of flat speed metal tracks included toward the middle of the tracklisting but otherwise I find that these simple metal tunes overachieve on their fairly basic packaging. Plus the closing title track is nothing like the rest of the material in that it's much more intense & extreme with Slayer, Kreator & "Bonded By Blood"-era Exodus playing off against each other under what can only be described as a proto-death metal vocal delivery. In fact, I'd go so far as to say that this was the first genuinely classic Australian extreme metal anthem. At least it was for me. Overall, "Mayhemic Destruction" is a pretty good underground thrash record that was more influential & important than it was essential but is definitely worth a few listens if you like a bit of NWOBHM influence in your thrash.