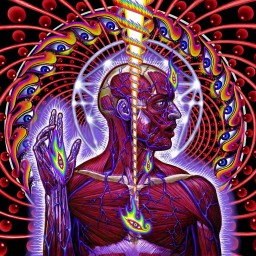 This was my first Tool album  - I have had the opportunity to listen to a few tracks from time to time but this was the first album I listened a few times in its entirety.

Overall impression was that it is very difficult to categorize the album and the band into one particular genre but where the album sets itself apart is in their emphasis on creating a journey (playing styles) and theme of the album. I was able to relate to the album from a music sense from the song Schism.

Songs that stood out were Eon Blue Apocalypse - Set a theme that I could expect the album to follow although I felt that wasn't the case later on.

Schism and Parabol were tracks I listened to in the past and definitely enjoyed the haunting melodies.

Biggest surprise was Dispostion - subtle yet prominent use of the tabla in the background!

My interest in this band has definitely grown and I understand their fan base a bit better I would like to think!