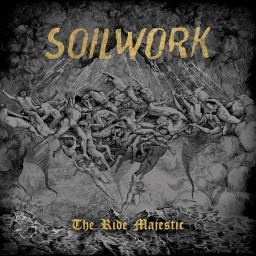 I have been enamored with this album for a few weeks now. Originally I glossed over it because I knew Soilwork from their work in the 2000s, namely Stabbing the Drama. Which, while being a decent album, is rather cheesy lyrically (it's called Stabbing the Drama for Christ's sake) and didn't offer much in the way of musical innovation other than your standard MDM fare infused with a bit of Nu Metal.

The Ride Majestic is an entirely different beast though. It offers everything you'd want from a modern Melodeath album: Strong hooks, capable shouts and guitars that almost sing to you more than the vocals do. I've had the main riffs of songs like "Whirl of Pain" or "Death in General" stuck in my head for days now, not to mention Björn Strid's vocals that are just as memorable. The album lacks a bit in the last third, but up until "Whirl of Pain" every song is very distinct while still remaining firmly rooted in the general sound that Soilwork were going for. Both fans of old and those that have never heard of the band should find something they can enjoy here. 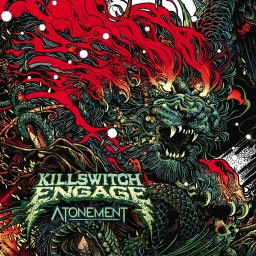 It's no doubt that Killswitch Engage used to be kind of a big deal in the Metalcore scene. That time has passed though, and the band has not adapted. This album could've been released in 2007 and no one would have bat an eye, except maybe for the production value. But that was over ten years ago and a lot has happened in the Metalcore world. Melodic Metalcore, the kind that bands like Killswitch or As I Lay Dying has fallen out of favor, first for the scene years and then either for a sound that is more rooted in Hardcore or straight up Prog Metal with breakdowns. To throw an album like "Atonement" into the ring at this point in time will please no one but diehard fans of the bands' original sound - of which I am not one.

That said, it's also not a sound that is completely trash. For most of its runtime the album chugs along nicely, making for some okay background music. A few standout tracks have been sprinkled in as well, such as "The Signal Fire" which features former singer Howard Jones and "I Am Broken Too", both stand out mostly due to their catchy vocal delivery. As soon as the band ventures outside of their comfort zone though (which they do rarely enough), it's immediately clear why they chose not to experiment. Probably the most unusual song is the closer "Bite the Hand That Feeds" which - and get this - doesn't do chugs in simple eighth or sixteenth notes but rather has some weird pattern that just makes for an unsettling listen. If you're not already a big fan of the band, steer clear of this album. 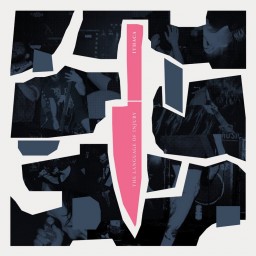 This is probably my favorite release of 2019,  though I do have to admit that this is an album that had to grow on me a fair bit. Lead singer Djamila Azzouz possesses a raw energy that is unparralleled in modern Metalcore. Paired with some tasty riffs and breakdowns, this is an album that has something for every fan of heavy music. It is held ack a bit by the production though, which heavily accentuates the dissonant guitars to the point where the excellent vocals are hard to understand at points. 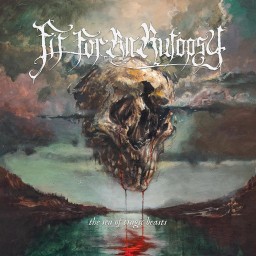 I'm not normally a fan of Deathcore but FFAA have always had a knack for making me reconsider the genre. Sadly, most of it doesn't live up to their work. The Sea of Tragic Beasts is the newest instalment of the New Jersey outfit and it continues the upwards trend the band have been on - in my opinion at least - during their last couple albums. This doesn't reinvent the wheel, but thanks to the guitar work and production of Will Putney it refines it to a point where we could almost speak of a perpetuum mobile. You will hardly find a band in the genre that sounds this clean and yet retains its ingenuity so well. Definite recommend, even for people who are usually very lukewarm on the genre.