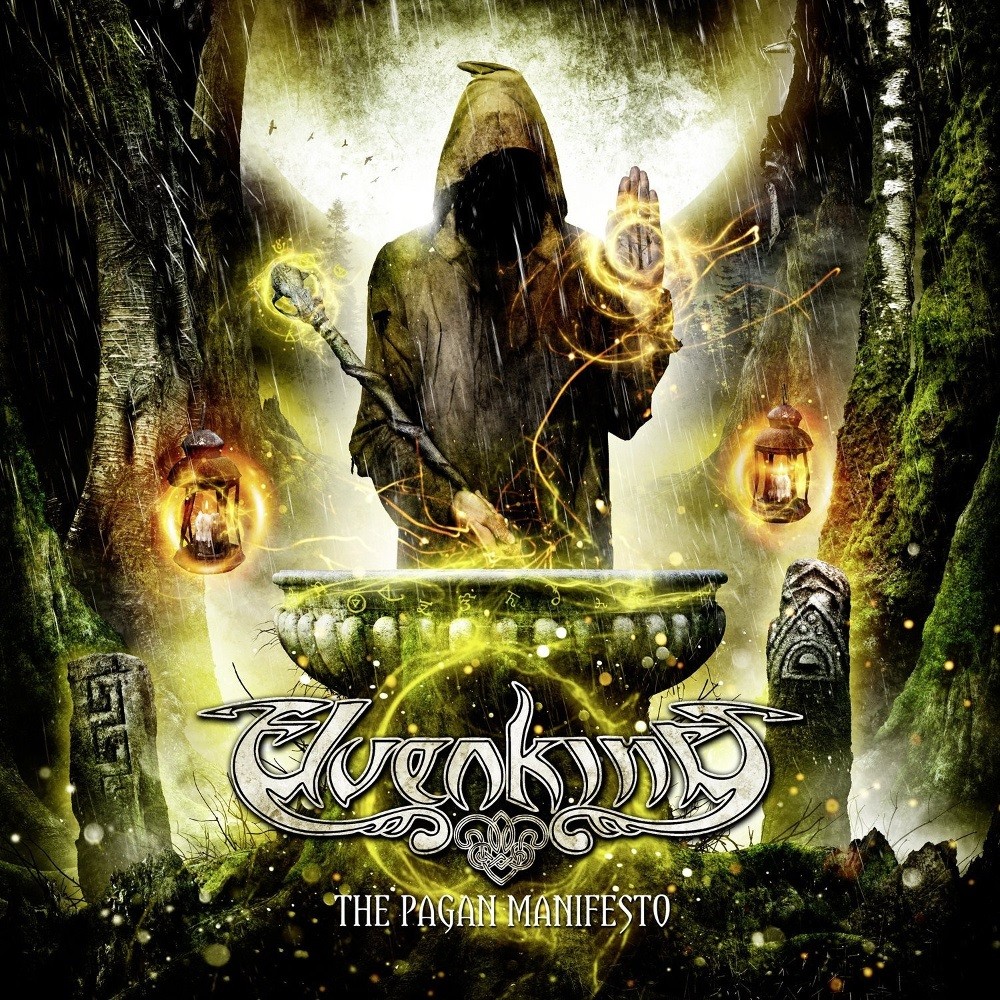 The Italian veterans blast back to the forefront of the power and folk metal scenes with a triumphant return to form.

The Pagan Manifesto leaves me with the same jubilant, fulfilled satisfaction as Heathenreel  13 years before - high praise! There is not a single weak track to be found here. Each one is overflowing with that pure folksy spirit and carefree heart that Elvenking capture when they're at their best. There are countless infectious melodies (including a cameo of the guitar melody from longtime fan-favorite "White Willow" on track 2) throughout this thing, making it one of the biggest earworms of the year. Indeed, after only two full listens, I could already recite the chorus to almost every track at the top of my lungs.

The Pagan Manifesto is not for everyone, admittedly, as the cheese factor is quite high. It's a fun-oriented album that doesn't take itself too seriously. It's meant to be sung out loud alongside compatriots or howled at the moon on a pleasant evening walk or jammed to in the middle of a festival crowd. But if you have ever enjoyed anything by Elvenking, do yourself a favor and get this album.

From adventurous epics like "King of the Elves" and "Witches Gather" (the former giving the classic "Seasonspeech" a run for its money) to the straightforward unbridled energy of "Elvenlegions" and "Pagan Revolution" to the somber emotion of ballads "Towards the Shores" and "Twilight of Magic", this is one of the most consistent and memorable folk/power metal fusion albums I've ever heard. Yes, ever.