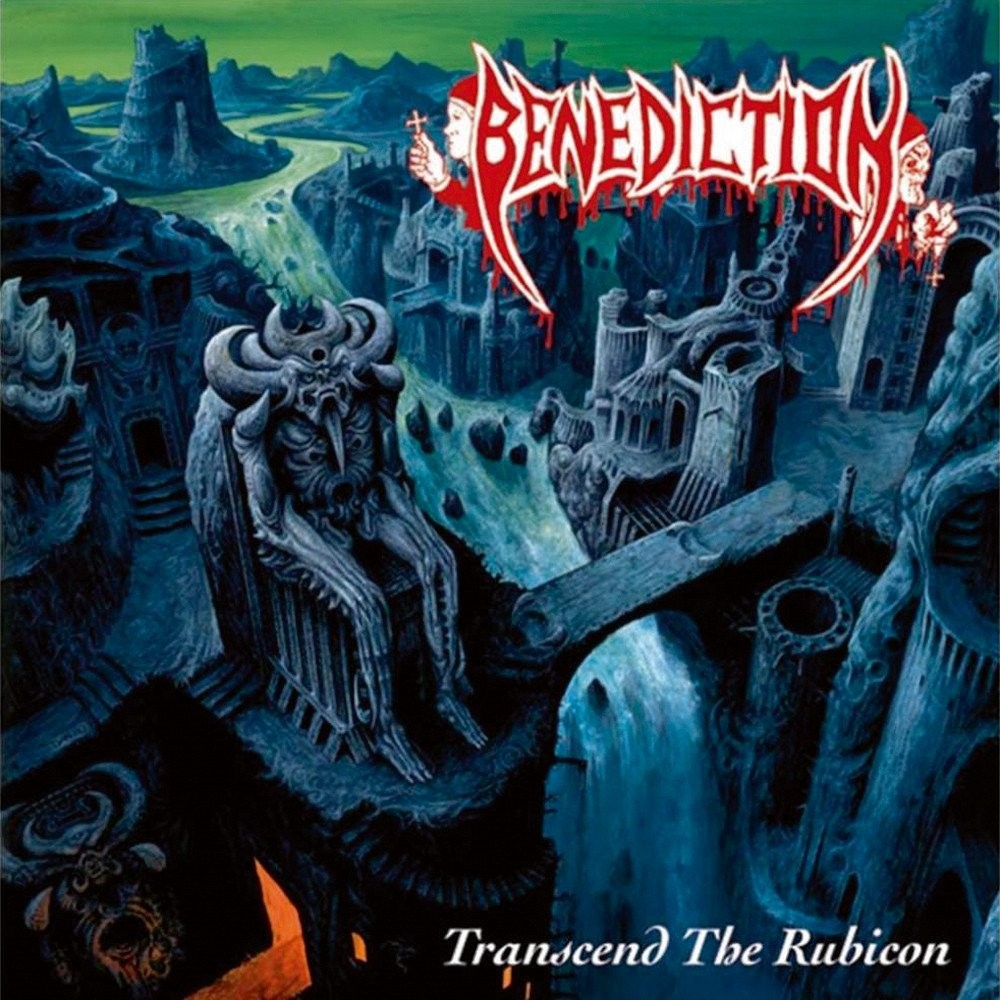 At this stage, decent death metal from the UK had pretty much been limited to Bolt Thrower and the less grindcore influenced albums by Carcass and Napalm Death. All those bands are complete legends of extreme metal, but there really wasn't much else to talk about. Benediction had released an album or two of merely average old school death metal, but it was Transcend the Rubicon that really put them on the map.

While I certainly can't suggest that the band attempted anything that others before them hadn't already achieved, but they did put out an extremely entertaining and consistent release with good production values, great riffs, more than adequate drumming and fitting death growls. Above all though, it's the constant flow of catchy, crushing riffs that gets me banging my head. It does remind me of a combination of Bolt Thrower and Napalm Death, not least because vocalist Dave Ingram sounds identical to former frontman Barney Greenway (who left the band to join Napalm Death). So much so, that I just assumed it was him for quite a few years.

I can't say I can differentiate between every track on the album very easily, but there are memorable sections all over the place to make most of it recognisable. My favourite track by far is Nightfear, but I Bow to None and Unfound Mortality are also great. Finally, that Dan Seagrave cover is fantastic, making this whole package damn near essential for anyone into old school death metal.