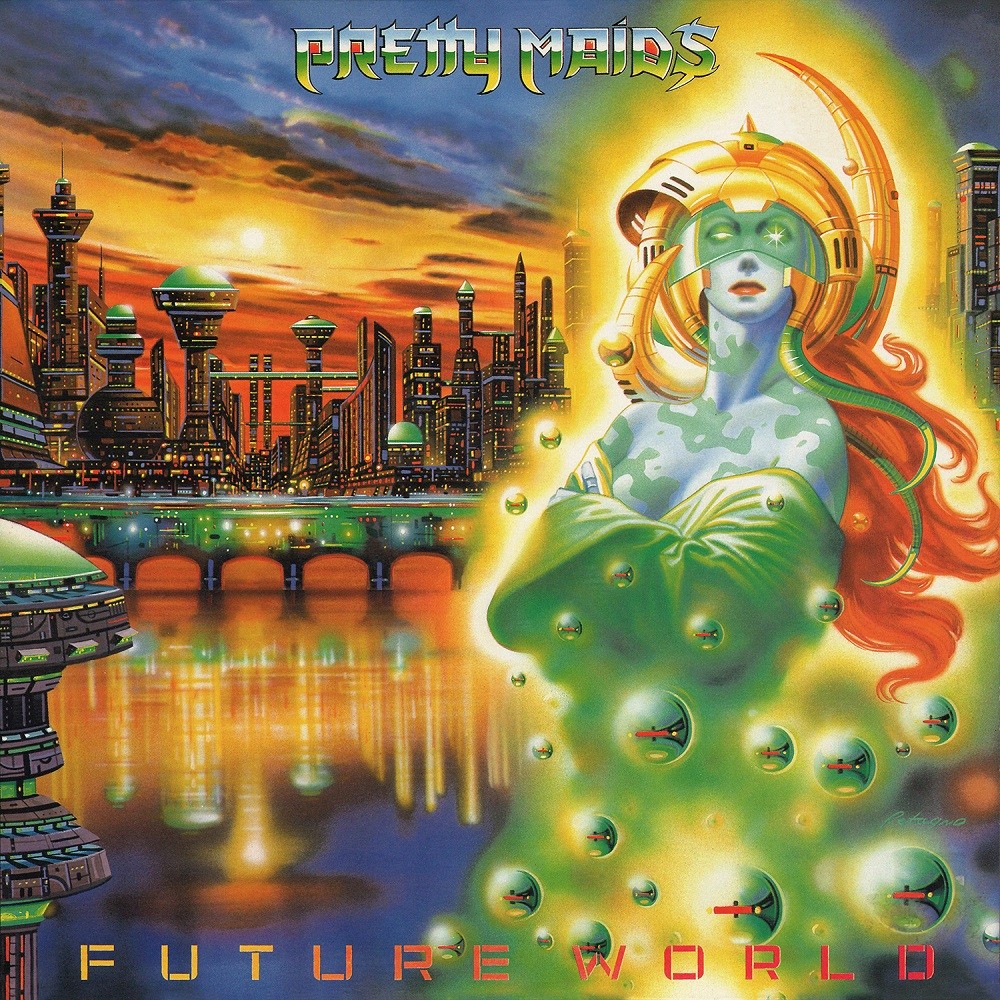 As with many of The Guardians releases, Pretty Maids walk the thin line between hard rock and metal for much of Future World.  This is by no means a bad thing and offers a welcome respite from my daily dose of death metal, grindcore and black metal that currently inhabits my routine rotations.  There are elements to this record that do make it standout from the throng of hard rock acts out there that espouse this type of music to a large enough fan base, namely the hi-octane delivery of the tracks and the sheer velocity of the pace of most of the record makes you sit up and take notice.  You can also hear the quality elements in terms of the guitar playing.  The brilliantly named Ken Hammer's guitar sounds layered on the production job which works great as it fills the air with its ferocious leads and melodic and catchy riffs.

Vocalist Ronnie Atkins (come on Ronnie, make an effort, your guitarist is called Hammer FFS!) does appear to strain a little bit when trying to sound more aggressive in his delivery of the vocals.  His voice sounds forced in these moments but when doing the more clean vocals he is perfectly competent.  The keyboards of Alan "Stevie" Owen sit in what at first feels like mostly silence but as you listen more closely to proceedings they are there in the background, subtely mixed to shine when the lulls in pace dictate opportunity to do so.

It does feel very commercial orientated and I have no issue with that, in fact it is done very well and for a first venture into the band I have already added this to my library for return visits.  I don't think I will play it regularly but when I do get out of lockdown and back on the road, the first sunny day I get, the windows are coming down and this shit is gonna be blasting!