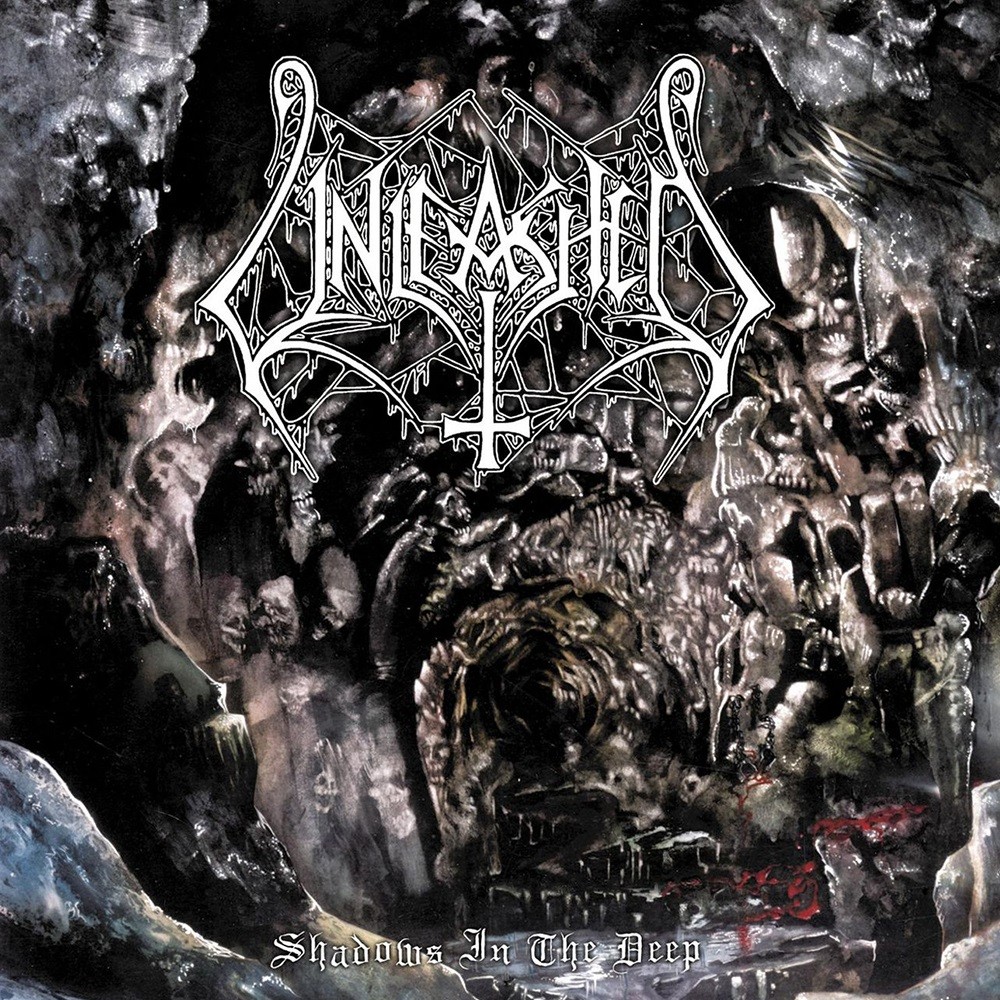 This was a tough period for a whole heap of death metal bands, particularly those in the Swedish death metal style. After an initial onslaught of excellent albums from Entombed, Grave, Dismember and Unleashed, they would all have to work hard to keep the momentum going. With so many albums sounding so very similar, just releasing another straightforward album wasn't going to be quite enough. Unfortunately, I think Unleashed did exactly that. There's almost nothing fresh on Shadows in the Deep! It just takes what they were doing on the first album and runs with it. But while Where No Life Dwells has some classic moments such as Before the Creation of Time and Into Glory Ride, Shadows in the Deep lacks any standout tracks to make it an essential purchase.

All this being said, Unleashed are always good at what they do and this is a solid if not exceptional album. Both groovy and crushing riffs abound, with some decent battle-like atmosphere. I think the highlights for me are when they take their time such as on Shadows in the Deep and Land of Ice. When they go flat out on tracks like The Final Silence and Never Ending Hate, it all becomes a bit monotonous. All up, an acceptable follow up to their debut classic that lacks the creativity or passion to surpass it.