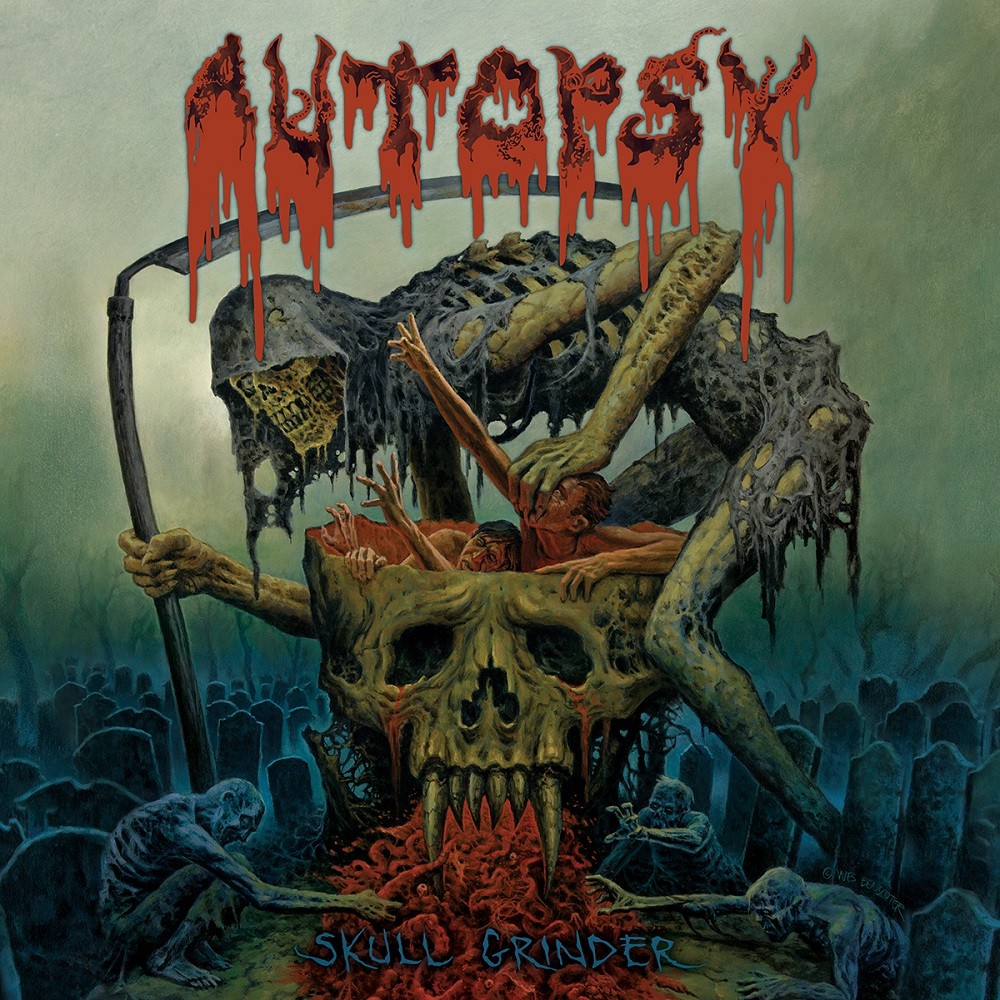 The magnitude of Autopsy's discography seems to grow with every blink of the eye.  Within this astonishing scope are a multitude of EPs that continue the rich vein of clumsy and ugly death metal should the listener find themselves wanton between full length offerings.  Skull Grinder offers up more of what you would expect from Oakland's finest.  A mixed pacing that goes from frantic to a blood-soaked drag in an instant.  Big looming riffs and mind bending sonics all add to the dank and oppressive atmosphere nicely.

Over seven tracks you get subjected to a further instalment of the Autopsy long running dirt opera.  Reifert is as demented as ever and the bludgeoning riffs of Cutler and Coralles hack away at you for some twenty eight minutes whilst Allen picks along subtly (he's there somewhere folks).  Contextually there's nothing new here for the avid Autopsy fan.  As with most of their EPs, I find them a nice smash n' grab way to enjoy their sullen and horrific sound outside of their often garrulous releases (Shitfun) that sometimes come across as almost extended EPs given the short track time on most.  I often feel that Autopsy are more of an EP type band who really should do more splits.

That having been said there's more than a fair share of songs here over five minutes in length.  By far my favourite track on here is The Withering Death, full of threat and menace from the off with its big intro and harrowing guitars.  No less polished than anything else they have ever done the track appeals in equal parts to how live it sounds, like it is just a jam session.  Don't ever be fooled by the lack of technical finesse, Autopsy can fucking write as well as anyone else in the genre.  Their refusal to be anything other than straight up bestial and depraved sounding is cause for much applause.