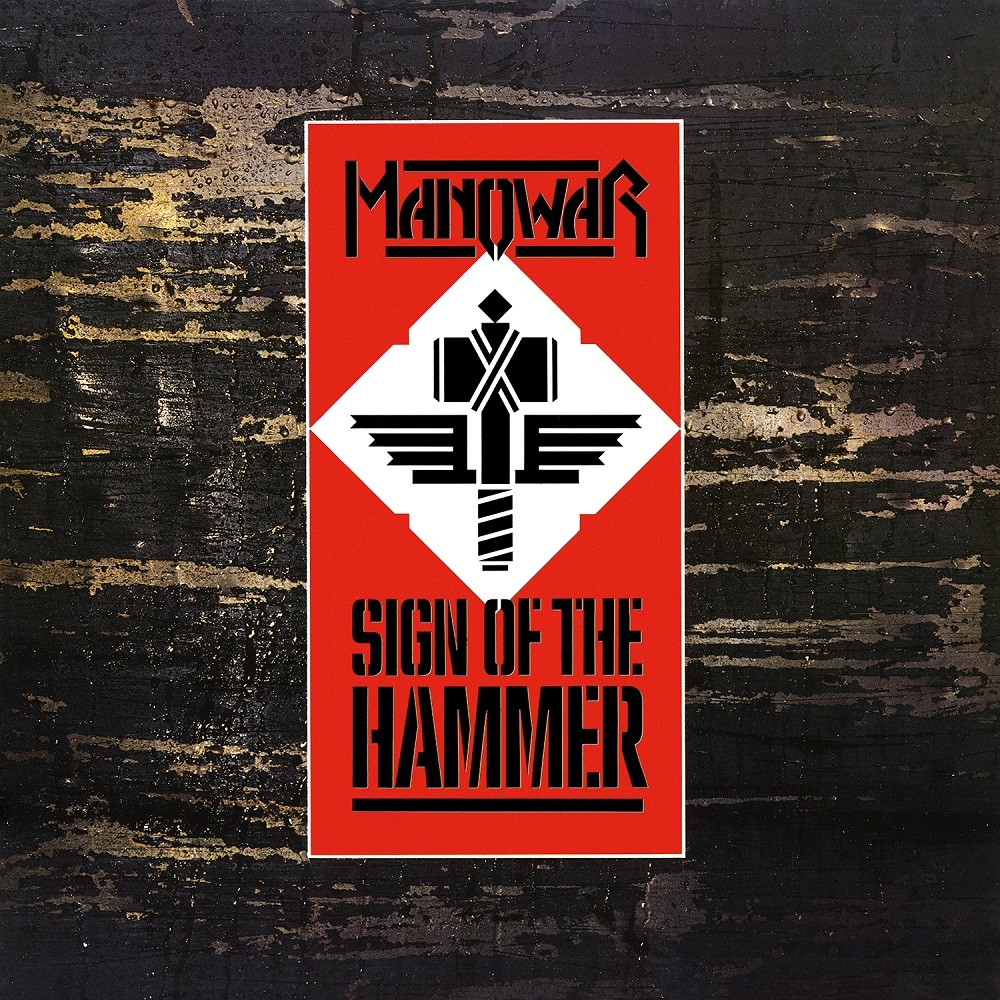 1984 was a huge year for Manowar as it saw them releasing not one but TWO studio albums, with both going on to become a huge part of the band's legacy & representing the peak of their careers. Unbelievably “Sign Of The Hammer” was released in October 1984 which is just three months after “Hail To England”s July release date. Now I don’t know the full story on why that’s occurred but given that the information I’ve been able to find indicates that “Hail To England” was recorded in November 1983 & that they started to record “Sign Of The Hammer” at around the same time, I’d be tempted to suggest that the band were at least considering a double album package of some sort. And why that idea was taken off the table in favour of a split single album release is anyone’s guess. It seems like a very strange decision to me. I can’t see the logic in releasing these two records so close together from a marketing point of view but anyway…. let’s see what “Sign Of The Hammer” is all about because there are some differences between the two records despite their close proximity.

Firstly, they’ve taken a vastly different approach to the cover art with “Sign Of The Hammer” seeing them go for a far less theatrical concept. I hate to say it but it kinda reminds me of something that might have come out of Nazi Germany & I think I would have greatly preferred another one of those glossy images of a huge warrior in the grips of battle to be honest. The album is a little longer this time with it’s eight tracks clocking in at around the 40 minute mark. This includes three epic pieces that fill a more substantial role & subsequently push out past the five minute mark. It’s really interesting that the production isn’t identical to “Hail To England” so that indicates that even if the raw recordings were done at the same time, the mixing & mastered was conducted separately. That’s not to say that the production here is perfect but it’s certainly an improvement on that of “Hail To England”. Unfortunately the rhythm guitars are still nowhere near loud enough for my liking with Joey DeMaio’s bass guitar comfortably dominating Ross The Boss in the mix. Joey’s bass sound gives the whole album a noticeably dirty quality & I’d have much prefered to hear a cleaner & brighter sounding Manowar. Thankfully this doesn’t make as big an impact it did on its predecessor & I can still enjoy the music despite it but seriously gents… get your shit together in the studio because you’re blowing your potential!

Stylistically, this is a much faster Manowar record than we'd heard to the time with a good half of the album taking on a format that they'd attempted a lot more sporadically on their previous albums. The opening two cuts “All Men Play On 10” & “Animal” are two of these more up-tempo numbers & they see the band taking a much cheesier & more commercially accessible hard rockin' approach that doesn’t sit well with me. The lyrics are simply appalling & these tracks leave me feeling particularly worried about what I’m in for with regards to the rest of the album as they’re a far cry from the huge battle hymns we’ve grown to know & love. But fear not… there are a few of those beasts included here in “Thor (The Powerhead)”, lengthy closer “Guyana (Cult Of The Damned” &, to a lesser extent, the epic power ballad “Mountains”. And it won't come as any surprise that those are the highlight tracks of the record along with the fast-paced title cut. I usually don’t enjoy Manowar’s faster material. They’re much more effective at those lumbering slow-to-mid-paced battle gallops but the title track is the exception to the rule with its catchy & anthemic chorus really managing to dig it’s teeth in even though it is pretty cheesy. Unfortunately it’s followed up by “The Oath” which can’t replicate the same level of excitement & glory before we get our standard Joey DeMaio bass solo track in “Thunderpick”. I genuinely think this one might be his worst yet. It’s an absolute dog’s breakfast that sounds like it’s completely improvised. What the listener is supposed to take out of this I’m not really sure but it leads straight into “Guyana” which manages to pick things up substantially with a fantastic performance from vocalist Eric Adams.

Look I have say to that this record is a real mixed bag as far as consistency goes & given the short break between records I’m not surprised that it sounds like it’s been chucked together from the leftovers from “Hail To England”. The tracklisting doesn’t flow & it lacks any sort of focus but thankfully the highlights are strong enough to carry the weaker material this time. In fact, I’d suggest that a good half of the album is of top tier quality while the rest falls well below par. Adams puts in another fine display while Ross The Boss’s furious lead guitar work is again exciting to hear even if he’s largely just repeating his signature approach. The rhythm section are really pretty boring for the most part even though DeMaio tries to show us how great he is on occasion. He’s not great by the way. He’s really nothing too special as a musician but his ego seems to have no boundaries whatsoever. Thankfully the weaker tracks here are also the shortest & it’s not hard to let those songs go in order to concentrate on the four more substantial numbers.

Overall, this is a passable Manowar album that doesn’t compete with the band’s first two releases but is thankfully a little stronger than the disappointing “Hail To England”. Perhaps it’s just the slightly improved production that gets it over the line but I think if you combined the best tracks from the two albums you’d likely have a pretty decent record. Even then, it still wouldn’t compete with the excellent “Into Glory Ride”.