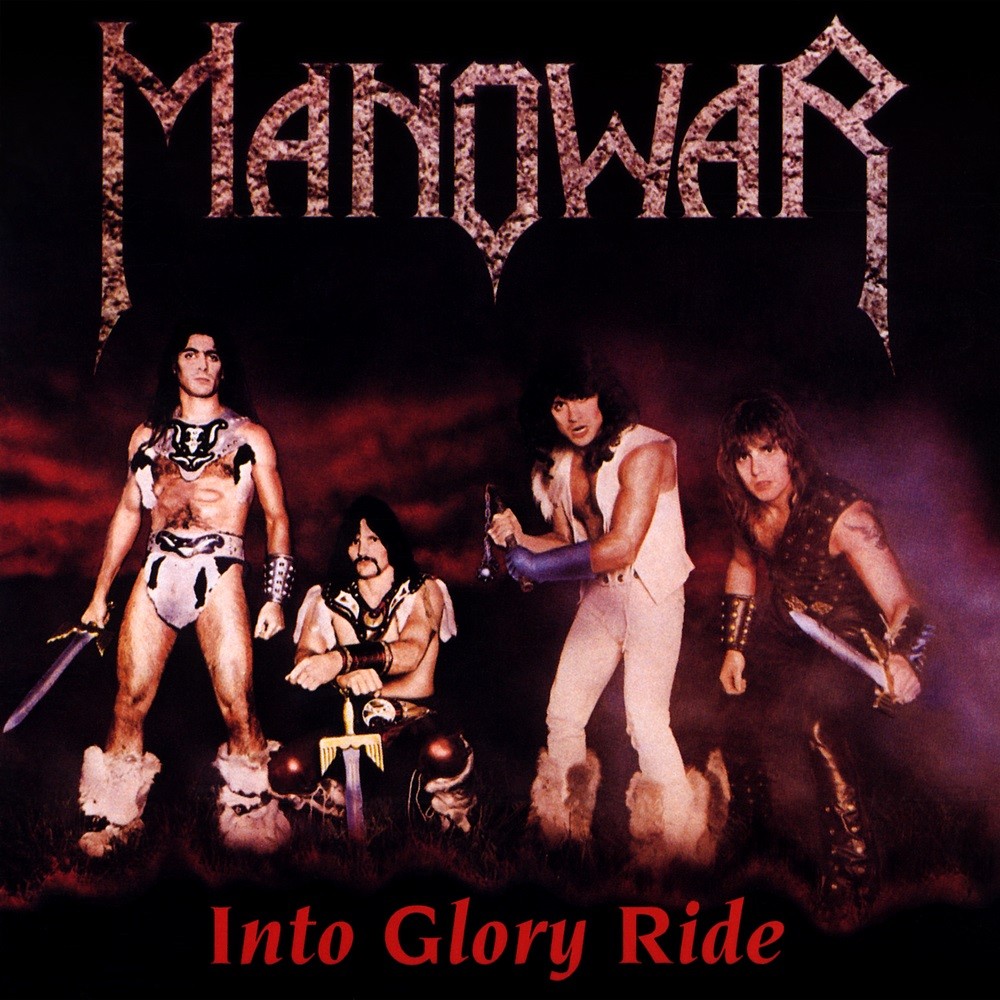 1982's "Battlehymns" debut from New York heavy metal icons Manowar marked a distinct step up in mannishness for metal music. It may not have been a genuinely classic album but it’s influence & general infamy are hard to deny. Despite the fact that it's an inherently unfocused release with wild changes in style from track to track, its highlights are impressive enough to justify your time with the more epic songs on the B side being particularly strong & representing something entirely new for the metal scene.

An extensive touring schedule was undertaken to support the record & unfortunately this proved to be too much for drummer Donnie Hamzik, resulting in his decision to leave the band shortly afterwards. A suitable replacement was quickly identified in 27 year-old Scott Columbus & the classic Manowar lineup was now complete. The new lineup seemed to have given Manowar a renewed focus & drive & upon returning home from their first headlining tour they immediately entered the studio to record what was only ever intended to be an EP. That recording session proved to be so successful though that it became the band’s second full-length album “Into Glory Ride” which was released in July 1983.

Now I have to admit that the reception to “Into Glory Ride” has always baffled me. It’s an extremely divisive record with some fans claiming it to be amongst Manowar’s best work while others simply despise it. Let’s take a look at why. For starters, the production is far from ideal with the rhythm guitar sound being quite fuzzy & lacking a bit of volume in the mix. Thankfully the drums & bass combine to prop up the album sonically & I can look past the production issues which really only detract from the experience during opening number “Warlord” which is substantially faster than the rest of the tracklisting. And speaking of “Warlord”, it seems to be a very strange selection for the album really as it stands out like a sore thumb with the rest of the tracklisting taking a completely different direction stylistically with the much simpler & up-tempo “Warlord” sounding very much like an off-cut from the A side of “Battlehymns”. The album kicks off with a terribly misguided attempt at humour that sees the warlord in question (a biker apparently) having loud sexual intercourse with a 16 year-old girl until her parents burst into the room & spring the couple in lustful embrace. The warlord is then chased out of the building while laughing maniacally & the short opening number takes off with little of the ambition that was to follow. I can do without all of this humour because the rest of the album takes a much more serious direction with fantasy, mannishness & general metal worship being the primary themes. I can’t help but feel that a lot of the album’s detractors struggle to see past the opening cut but thankfully I’m not one of them. The other six tracks on the album see Manowar expanding on the more epic battle-themed pieces that closed out their debut & it makes for a pretty colossal metal experience overall. These are all long slow-to-mid-paced celebrations of war & masculinity & I have a very strong affiliation with this sound.

Bassist Joey DeMaio takes a step up with a much more adventurous & ambitious display that goes a long way to highlighting the general worship that seems to follow him. He’s a lot further forward in the mix too which can only be a good thing. Singer Eric Adams screams his fucking head off in a huge performance that’s full of charisma & theatricality. This material suits him so much better than the more hard rock driven numbers on “Battlehymns” & I find myself really enjoying his contribution here. Guitarist Ross The Boss probably doesn’t flood the material with as many solos as he did previously & I think this is a positive as it works to highlight his lead work better when it finally arrives. He doesn’t have the most exotic or expansive repertoire but you can’t fault his ferocious energy & speedy fretwork. And drummer Scott Columbus takes a more lumbering & powerful approach than his predecessor which gives this material the distinct feel of riding into battle. I really liked Donnie Hamzik’s contribution to Manowar’s debut but Scott Columbus seems to have helped solidify & define the Manowar sound here even though he may not be as technically gifted.

This all amounts to a substantially darker & heavier experience than the debut with a much stronger Black Sabbath influence. In fact, there are some genuine doom metal moments that I regard as being amongst the heaviest the metal world had heard to date & you can hear the influence on the Bathory’ & Candlemasses very obviously throughout. There’s little doubt that it’s a more ambitious & focused record than “Battlehymns” was but I think the thing that some critics struggle with is the slower tempo & the darker feel. Manowar fans seem to thrive on the cheesier anthems while cheese has never been my bag so I find myself really getting into this sound. Personally I find “Into Glory Ride” to be a much stronger album than “Battlehymns” & I’d go so far as to say that it’s one of my very favourite releases from 1983.