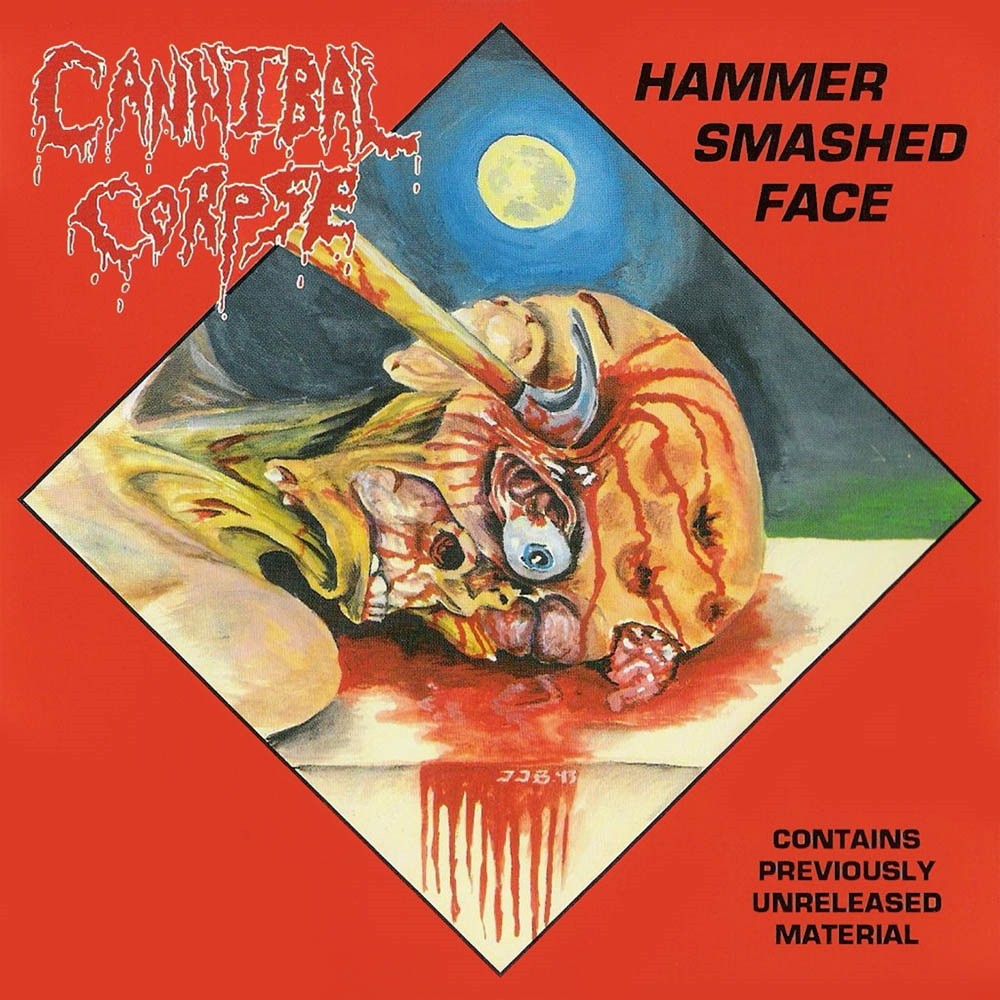 This is a long way from being an essential release as it features three readily available album tracks & just the two unreleased cover versions. Admittedly "Hammer Smashed Face" & "Meat Hook Sodomy" are amongst the best tracks the band has ever recorded & "Shredded Humans" is one of the highlights from their debut album but any self-respecting Cannibal Corpse fan would already own these tracks. The cover version of Black Sabbath's "Zero The Hero" is clearly the superior of the two new tracks. The production is heavier & the style suits the band much better than Possessed's "The Exorcist" which sounds fairly light-weight & thin however I'm not a fan of death metal bands stepping so far outside of their signature sound. It cheapens their image. It's difficult to mark this E.P. down too far as the quality of the three album tracks is so high & the covers are vaguely interesting  if only to quench your curiosity but I don't find myself wanting to listen to this very often. I guess this is one for the completists & the unaquainted.